Young Preacher Who Said Gays Should Be Executed: I “Simply Believe the Bible” June 4, 2018 Hemant Mehta

Young Preacher Who Said Gays Should Be Executed: I “Simply Believe the Bible”

After receiving a lot of coverage for his faith-based hate, from this site and others, Powell returned to YouTube the other day to explain himself. He didn’t apologize. He didn’t say we took him out of context. Instead, he doubled down on his remarks.

The title of the video is “News Media Attacks Young Man for Preaching God’s Word *MUST SEE*”… which is quite the spin. Powell talks about killing gay people in the name of his god. The media quotes him verbatim. Therefore members of the media are the bad guys? I don’t get that logic, but Powell isn’t exactly a logical thinker. Or a thinker at all.

Hey, ladies and gentlemen. This is Matt Powell with Way of Truth.

I just wanted to do a quick video just addressing another issue that’s come up recently with the news media. So lately, they’ve been really demonizing some of the statements that I made in some interviews about the homosexuals.

I just want to make it clear to everybody that I do not take any of those statements back. I mean what I said in those statements, and, you know, I don’t care what anybody thinks of me. You guys can all say that I’m a crazy idiot. I just simply believe the Bible.

So YouTube decided to ban my video on the Trinity, which just happened to put down homosexuals, too. I said some things about homosexuals, and they considered it to be hate speech, so they they banned it, and they put a strike on me. But you know what? I don’t care. You know what? I will not stop preaching the Word of God, and nobody is ever gonna shut me up. And I don’t care if I have to go out to the streets and proclaim the word of God like I’ve been doing all my life. You know, I don’t care. I will not stop. The only way to stop me from preaching the Word of God is to put a bullet through my head. That’s the only way because I will not stop.

The thing is: I love people too much, and I love this country too much to sit back and see all this propaganda take over. One of the things the news media has been saying is, “Oh, Matt Powell, he’s such a young kid!” and, you know, “This kid is falling for fundamentalism. He’s… he’s… he’s an Andersonite. Well, you know what? I love Pastor Steven Anderson! I think he’s a great man of God. I think that Roger Jimenez is a great man of God, and I commend them for standing up to the agendas that have been pushed by society and by filthy disgusting perverts.

Look: I don’t take back anything that I said. I stand behind every statement I said, and I will not back down on this issue. The media is trying to make it out like I’m the only one who says anything like this. Like I’m the only preacher who preaches against the homos. Now there’s other preachers out there that are preaching this thing, and, you know, you guys try to make it sound like it’s all old men. Well, you know what? It’s not just the old men. It’s the young men, too. And I’m fed up with it. I’m sick of it. There’s a lot of other young men like myself that believe the same thing. They just haven’t registered a channel on YouTube. They haven’t just gotten up out of their seats and proclaimed this to people, because they know how society is gonna react. But you know what? I think it’s time that a younger generation stands up to this nonsense and lets the people know that we will not back down.

Anybody can get on those articles and read them. I stand behind what I said. I will not back down to the agenda.

One clarification I did want to make, though, was that, when I say we should execute criminals in a humane way, what I mean is, obviously it’s not our job to take the government in our own hands. You know, obviously it’s the government’s job to execute criminals. I believe that. And I just wanted to clarify that, and obviously, I can’t get into detail about everything that I said, because people will say that, you know, it’s hate speech, and they will try and get this video banned from YouTube.

Also I just wanted to thank the news media for giving me all this free publicity and giving the Gospel free publicity. Like, I just want to say, for the record, I appreciate it. Thank you so much. And I appreciate you lumping me in with Steven Anderson and Roger Jimenez and all the other so-called hate preachers. I think it’s wonderful.

You know, it makes me weep for joy, because the Bible says that these these are men of God and I stand with them.

That “clarification” at the end makes no sense. He says the government has to execute gay people, not random people, but that’s neither humane nor was that in doubt. We know he said that. It doesn’t make anything better.

If anything, it’s scary to think there are other young guys like him who have been brainwashed into thinking homosexuality itself is deserving of the death penalty at the hands of anybody.

The more he spreads this hate, the more strikes he’s going to get from YouTube. I wouldn’t worry if I were him, though. I’m sure YouTube will issue those strikes humanely. 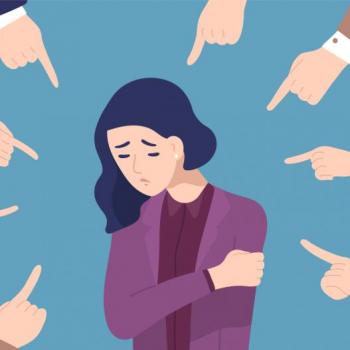