One of the (many) frustrating things about conservative Christians is that they always claim science is on their side, even though they tend to distort or selectively choose which aspects of science they appreciate.

The American Family Association’s Bryan Fischer, for example, just wrote a piece celebrating a new journal article that says 90% of life on Earth came into existence between 100,000 – 200,000 years ago. 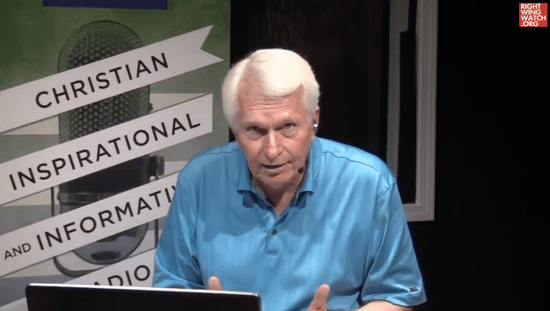 If this study is valid, evolution cannot possibly be true, because evolution seeks to convince us that all living things came into being through a tedious process that took millions and millions of years and consisted of tiny little incremental advances in animal life produced by beneficial genetic mutations, which are virtually unheard of in the natural world.

The researchers flail around trying to find a remotely plausible evolutionary explanation for the stunning fact that all living things are about the same age. Viruses, ice ages, new competitors, and loss of food sources are all unconvincingly trotted out to give a Darwinian cover to an obviously fatally flawed theory.

Here is the pull quote of seismic proportions: “In analysing the barcodes across 100,000 species, the researchers found a telltale sign showing that almost all the animals emerged about the same time as humans.”

First, the findings don’t disprove evolution as we know it. And if Fischer had read the very article he cited, he would have known that, since it says this:

“The simplest interpretation is that life is always evolving,” said [researcher Mark] Stoeckle.

“It is more likely that — at all times in evolution — the animals alive at that point arose relatively recently.”

In this view, a species only lasts a certain amount of time before it either evolves into something new or goes extinct.

That makes perfect sense. Every living thing has been evolving for millions of years, but species die out or adapt, and it’s not far-fetched to think the species in existence today weren’t around in present form hundreds of thousands of years ago. The question is what environmental changes pushed them to change so (relatively) quickly.

But let’s go back to a different point. Fischer is holding up this paper as proof that evolution is false (even though the paper says otherwise). He has no problem citing its authority.

This is the same Fischer who said in 2012 that the Earth was only a few thousand years old.

A straightforward reading of the early chapters of Genesis does not leave a lot of wiggle room in which to smuggle in billions and billions of years. The genealogy from Adam to Abraham, as outlined in Genesis 5 and 11, is unbroken, and clearly takes us back to around 4000 BC (by my calculations, 4242 BC, but who’s counting?) for the creation of Adam. There just isn’t enough fudge factor there to reconcile the age of man with secularist theories.

It seems unlikely that the earth could be much older than that. The days of Genesis 1 are clearly 24 hour days, not day-ages as some try to argue. It’s pretty tough to get around “there was evening and there was morning,” especially when it’s repeated day after day. Now maybe the earth was “without form and void” for some time before God began forming and filling on day 1. So perhaps you can push Genesis 1:1 back to around 10,000 BC or so, but it’s tough to stretch it much beyond that. 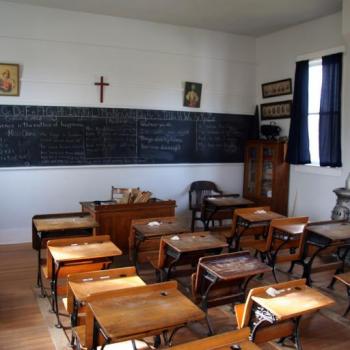