In a major rebuke to the Catholic Church, Ireland recently voted to repeal the country’s strict ban on abortions. Now the government is pushing back against the Church by ending the practice of giving preferential treatment to elementary school students who are baptized. 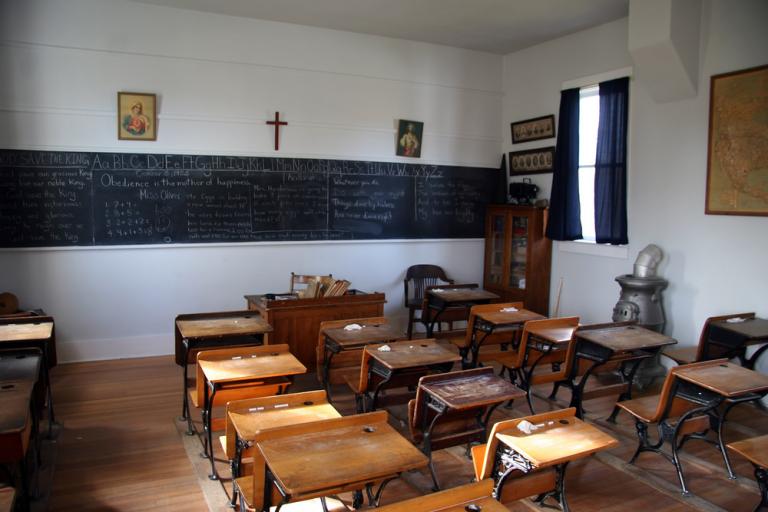 The majority of schools in Ireland are controlled by the Catholic Church, and they’re allowed to discriminate based on baptisms (or lack thereof), but all that could change thanks to a school admissions bill that recently passed the lower house of the Irish parliament. The bill is expected to pass the upper house this month, barring schools from discriminating based on “religious ethos,” according to the New York Times.

Under the existing system, the Roman Catholic Church controls 90 percent of Ireland’s public elementary schools, owning the property and appointing school boards and principals, even though the government pays the bills. Many non-Catholic parents, particularly in small towns and rural areas, find they have no choice but to send their children to local schools teaching Catholic faith formation.

And in years where the school intake is oversubscribed, a “baptism barrier” permits the school to refuse a place to a local non-Catholic child if a Catholic child — even one from outside the area — has applied for the same spot.

This is clearly a broken system. The Catholic Church, which has been fighting its own scandals involving child sex abuse and cover-ups for years, shouldn’t control the majority of schools anywhere. The fact that they have this much power, and give preferential treatment to children who mirror their beliefs, has long been a crisis. The Irish government has allowed the Church to alienate people of minority religions and atheists alike while keeping the country on a path toward unmitigated theocracy.

Thankfully, some people in the heavily-Christian nation are fighting back.

The policy is resented by parents who belong to smaller religious faiths, including many recent immigrants, and by the growing number of Irish parents who profess no faith at all. There have been numerous anecdotal reports in recent years of nonreligious parents baptizing their children merely so they can be sure of avoiding discrimination when it comes time for them to start school.

While 78.3 percent of Irish people identified themselves as Catholic in the last census in 2016, this was a decrease from 93 percent in 1926, and as Ireland grows more secular and liberal, strict religious observation has declined even more steeply.

It looks like the end of the abortion ban was more than just a one-off win for reasonable people hoping to bring Ireland into the 21st century. The country is growing and changing, and with that comes increased secularization and reduced religiosity. That’s good news for everybody who supports equal treatment under the law.

June 4, 2018
Today's Supreme Court Victory for a Christian Baker is Bad News for Christianity
Next Post

June 4, 2018 Young Earth Creationists Shouldn't Cite Pro-Evolution Articles to Make a Point
Browse Our Archives
What Are Your Thoughts?leave a comment