Atheists File Lawsuit for the Right to Solemnize Marriages in Michigan

Who has legal authority to perform a wedding ceremony?

In most states, the answer includes certain government officials like judges (if you’re getting married in court) or religious ministers. It’s not like your best friend could pronounce you man and wife and have it “count.” (Well, they could do it, but someone else would have to sign the paperwork later.)

Some people have gotten around this problem by getting an instant online “ordination” at places like the Universal Life Church, but that only highlights a discrepancy: Someone who pays a few bucks to become a “minister” online has the legal right to solemnize your marriage, but someone who goes through a Humanist training course to provide the same ceremony does not.

For the past several years, Humanists have been trying to change their states’ laws to permit “Secular Celebrants” to perform wedding ceremonies. After a lengthy legal battle in Indiana, they won that fight in 2014. Last year, after an attempt at a legislative fix didn’t work, they won a legal battle in Illinois. The question is still up in the air in Ohio, where a bill to change the law didn’t go anywhere in 2017. A similar bill successfully passed in Oregon last year.

And now, in Michigan, another legal battle is just getting started.

The Center For Inquiry is behind the latest lawsuit:

CFI, an organization that advances reason, science, and humanist values, asserts that current Michigan law Chapter 551.7 violates the Establishment Clause of the First Amendment as well as the Equal Protection Clause of the Fourteenth Amendment of the U.S. Constitution by bestowing exclusive authority to solemnize marriages to religious ministers, while denying that authority to Secular Celebrants.

“A religious couple can have their weddings officiated and solemnized by a representative of their faith, someone who shares their beliefs and values, as well they should,” said Nicholas Little, CFI’s Vice President and Legal Counsel. “Why deny this same basic right to the religiously unaffiliated, who make up a quarter of Michigan’s population?”

The plaintiffs include Jennifer Beahan (program director for CFI Michigan) and Ed Brayton (a fellow Patheos blogger). Both are certified secular celebrants. As the lawsuit points out, there are couples who want them to perform their ceremonies… but Beahan and Brayton don’t have the legal authority to do it.

Additionally, non-members have requested that secular celebrants perform their weddings because the non-members do not desire to have religious weddings, but wish to have meaningful secular ceremonies.

The lawsuit also notes that both Beahan and Brayton have written their state representatives to change the law, but no action has been taken. No bill has even been introduced. That’s why they’re resorting to the courts to resolve this problem. Brayton elaborated in a post on his site:

We have lobbied the state legislature for three years to change the law but have gotten absolutely nowhere with it. Our state legislature is controlled by Republicans, who have a supermajority in both houses, and no one wants to touch such a bill. So we are taking the legal route, following the blueprint that worked in Illinois and the 7th Circuit Court of Appeals a few years ago.

They’re suing Lisa Posthumus Lyons, the Clerk of Kent County, for blocking their attempts at solemnizing weddings, though she herself was just following the law as written.

As we’ve said before, there’s no reason solemnizing a marriage should be open to religious leaders but not non-religious ones. In the case of Secular Celebrants, who obtain that title through training, it makes even less sense. 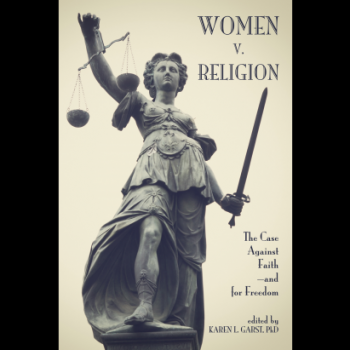 June 2, 2018 After Costly Legal Battle, NM City's Proposed Budget Includes Large ACLU Payment
"That show has some of the best word play and miscommunication. Pity the poor right ..."
Pennybird Anti-LGBTQ Official Drops AL Senate Bid After Mistress ..."
"A fun piece of trivia I remember from childhood is that M*A*S*H was the first ..."
Pennybird Anti-LGBTQ Official Drops AL Senate Bid After Mistress ..."
"The horse went extinct in North America at the tail end of the Pleistocene, roughly ..."
CanuckAmuck Christian Post Columnist: “White America” is ..."
"Most of them don't know how to do anything else. The Clergy Project helps members ..."
ORAXX Pastor: Lawmakers Making Churches Obey COVID ..."
Browse Our Archives
What Are Your Thoughts?leave a comment