In the summer of 2017, before a Ten Commandments monument was installed outside the Arkansas State Capitol, there was another one in its place.

That one lasted less than 24 hours because, that first evening, a self-described “born again Christian” and “Jesus Freak” named Michael Tate Reed drove his car into the display and destroyed it.

Last November, a judge in Arkansas said Reed was “unfit” to stand trial for his felony criminal mischief charge. And yesterday, the same judge acquitted Reed of any wrongdoing on the basis of his apparent “mental disease.”

Pulaski County Circuit Judge Chris Piazza said Thursday that Michael Tate Reed must report to the state hospital in Little Rock for additional evaluations that could lead to his release.

A state hospital evaluation presented in court Thursday says Reed lacked the capacity to follow the law when he knocked over the 6,000-pound (2,700-kilogram) monument in June 2017.

That’s twice now that Reed has gotten away with destroying a Ten Commandments monument. (In Oklahoma, charges weren’t pressed at all.)

But if he truly is mentally ill, then this is the right move. There were always people scratching their heads over these crimes since Reed publicly stated he was devoutly religious as well as a supporter of church/state separation. That was confusing, though not out of the question since plenty of religious people support that separation. Reed, however, made other comments that were more questionable. In a Facebook post before driving into the monument, he wrote that he was “back at it again with the white plans,” whatever that meant. He blamed the 2014 incident on the Devil, adding that he was “diagnosed with Bipolar” and “off his medication.”

Bu assuming this acquittal remains in place, it’s disturbing to think what Reed may do the next time a similar monument is erected outside a state capitol. 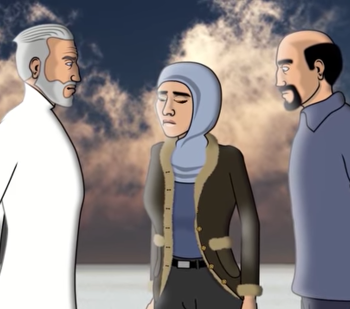 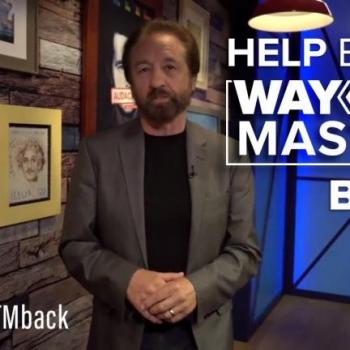 June 1, 2018 Evangelist Ray Comfort Is Rebooting "Way of the Master" (a.k.a. The Banana Show)
Browse Our Archives
What Are Your Thoughts?leave a comment