Documents Reveal the Mormon Church Has Investments Worth At Least $32 Billion May 31, 2018 Hemant Mehta

Just last week, the Mormon Church released a statement referring to its own financial management. They mentioned all the things they spend money on (like buildings and proselytizing) with a brief nod to where that money comes from:

Resources used to carry out this work come principally from the tithing donations of Church members. A small portion of funds comes from businesses maintained by the Church.

Okay. Makes sense, right? Most of their money comes through tithes and some of it comes from “businesses.” Whatever that means. They did, however, elaborate a bit on how they invest some of that money:

… In addition to food and emergency supplies, the Church also sets aside funds each year for future needs. These funds are added to Church reserves, which include stocks and bonds, taxable businesses, agricultural interests and commercial and residential property. Investments can be accessed in times of hardship or to meet the emerging needs of a growing, global faith in its mission to preach the gospel to all nations and prepare for the Second Coming of Jesus Christ…

Again, none of this sounds particularly shocking or interesting. The LDS Church makes a lot of money and they wanted to assure members it was being handled responsibly.

What they didn’t mention in that press release were any specifics. They never said how much money they made from their “businesses,” or what stocks they invested in, or anything like that. 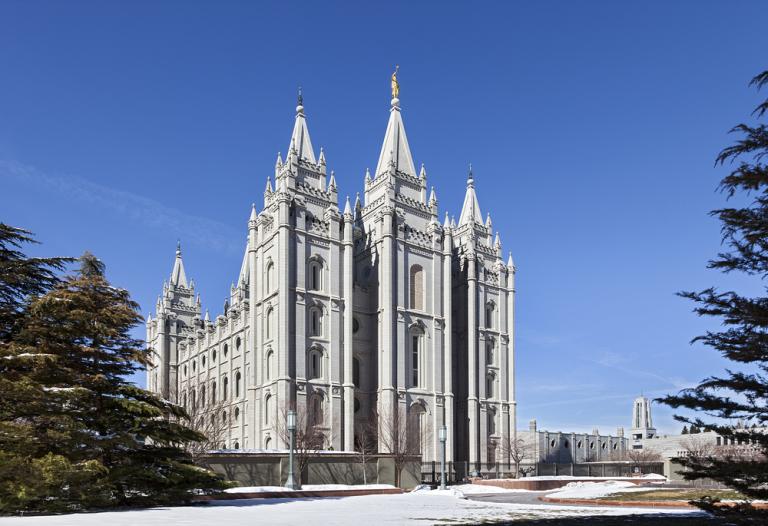 The whistle-blowing website has now released information about 13 businesses that “appear to have ties to the Mormon Church” based on their government filings — filings you only have to submit if your company manages sums over $100 million.

There are several pieces of evidence that tie these 13 companies to the Church. While none of them particularly stand out on their own, together they provide room for the reasonable conclusion that these organizations are related to the Church in some way.

Domain names matching the names of each LLC are registered to “Intellectual Reserve, Inc.”, the organization tasked with overseeing and legally protecting all the intellectual property of the Church. All of them were registered on July 21, 2016. The authoritative Domain Name System (DNS) records of each of these domains is hosted on the same servers that perform the same function for lds.org, mormon.org, and other well known domains owned by the Church. The DNS records for these domains contain IP addresses that are publicly known to be owned by the Church (technical explanation here). This leaves little room for doubt that these domains are indeed owned by the Mormon Church.

When Ryan McKnight of MormonLeaks tried contacting the business managers of all 13 companies, three of them picked up the phone. (“… All three work in the Church’s Financial Records Department.”) When on of them was asked if her business was owned by the Mormon Church, she said to Ryan, “I can’t answer that.” Shaaaaaady.

KUTV news puts all this in more context:

According to the Salt Lake Tribune, the LDS Church has not disclosed its finances since 1959. According to an article by the LDS Church owned Deseret News, the church donates about $40 million annually to humanitarian causes. The church claimed approximately 16 million members in 2017. Members are required to pay 10 percent of their income to the church to remain in good standing.

If $32 billion in business investments is considered a “small portion” of the Church’s funding, how much money does the Mormon Church have? No wonder they can flex their muscles on political issues…

It also puts that $40 million in donations to shame, considering that’s a minuscule fraction of how much the Church has in the bank. Don’t forget that religious groups are tax-exempt, so the Mormons aren’t even paying taxes on this cash. And this is just what was uncovered so far!

But they still want 10% of your money if you’re a member. Local leaders aren’t paid; they’re volunteers. The Church isn’t transparent about its finances — and hasn’t been since 1959. And there’s a return on investment for all this money, which means they could be making billions per year just letting it all sit there.

Ryan McKnight shared his thoughts on the documents with me yesterday:

The Mormon Church has long acknowledged their participation in for-profit ventures, including investments in the stock market. What they have never disclosed is the value of these investments. That has always been left up to speculation.

The information that we at MormonLeaks have published offers us, for the first time, a glimpse at an actual dollar figure.

We don’t know if this glimpse represents a small or large portion of the Mormon Church’s private ventures, but it is better than anything previously available.

All of this also shines a very different light on a story we wrote about last month, when the Church’s president Russell M. Nelson visited Nairobi, Kenya and told the audience how they could finally overcome poverty:

Tithing! Tithing was the key to overcoming poverty!

And all this time, Nelson had to be aware of how the Church was sitting on at least tens of billions of dollars in investments. He was never going to use that money to help those people break free of poverty; instead, he asked them for more cash. I thought it was disturbing when I first heard it but par for the course. Now, it’s just appalling.

If you’re a member of the Church and all of this bothers you, remember that there’s an easy way to quit. 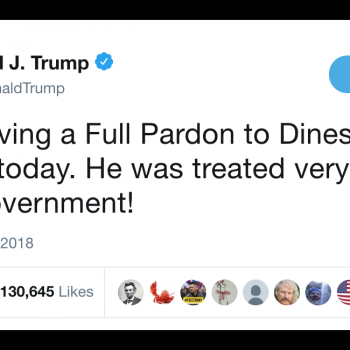