The American Bible Society, which works to distribute bibles around the world and owns the .bible domain name, made headlines earlier this year for telling certain groups they couldn’t build websites under that domain. Jewish, Mormon, and Catholic groups — along with Christian groups that didn’t promote a traditional conservative set of beliefs — were out of luck. If the folks at Skeptics Annotated Bible wanted to create skepticsannotated.bible, they would’ve been rejected too.

It was a far cry from the ABS’ 2014 application for the top-level domain which said their goal was to “provide world-wide access to all qualified parties interested in disseminating or seeking information (whether non-commercially or commercially) about Bible issues, news, culture, lifestyle, entertainment or any other topic.”

Some of the restrictions went away after the controversy, but many are still in place.

Now the ABS is under fire for promoting conservative Christianity within its own ranks. Yonat Shimron of Religion News Service reports that the ABS is forcing its employees to sign a statement of faith that takes into account far more than just whether you’re willing to spread the Bible. 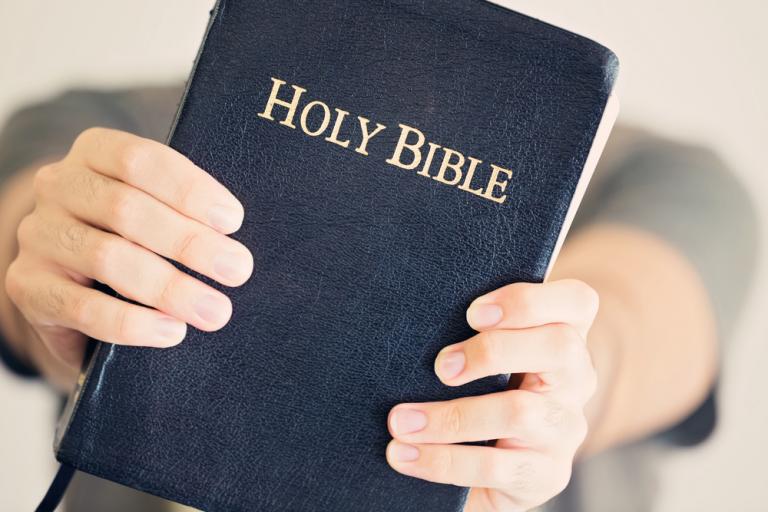 All employees must now be “involved in a local Christian church” and remain abstinent outside of marriage, which effectively shuts out LGBTQ Christians, cohabitating Christians who aren’t married, and Christians who don’t belong to a congregation. That might make sense if you were applying to work at a conservative church, but the mission of the ABS is to give away bibles, not tell people how to interpret it. That’s what makes this change so puzzling.

In a statement issued in response to RNS questions, President and CEO Roy Peterson wrote: “We did this because we believe a staff made up of people with a deep and personal connection to the Bible will bring unity and clarity as we continue our third century of ministry.”

He added: “We understand there are differing views on these matters.” He also said: “This decision does not signal intent to advocate or champion any cause other than increased engagement with the Bible.”

Uhh… yeah, it does. If gay Christians in relationships can’t work at the organization, the organization is advocating an anti-gay agenda. The same goes for everything else it’s espousing.

The soon-to-be mandatory contract has already caused some employees to quit in protest:

Beginning in January 2019, all employees will be required to sign the document. Those who don’t will be asked to tender their resignation.

Already, at least nine of the organization’s 200 or so employees have quit. More told RNS they are looking for jobs elsewhere and will likely take another job on or before January.

I hope they leave and find jobs elsewhere. The ABS is drawing a line in the sand regarding what it means to be a “good” Christian and doing so will inevitably hurt their own cause. Answers in Genesis is already seeing this happen; they made the rules to work for the Creation Museum and Ark Encounter — in any capacity — so restrictive that most Christians can’t meet their irrational standards. (Why would you need to be a Young Earth Creationist to apply for work as a janitor?)

No wonder Ken Ham couldn’t fill those jobs and had to loosen restrictions.

The ABS must assume that by requiring employees to hold conservative beliefs, they’ll get rid of the staffers they don’t want and bring in ones they do. But I don’t think the second part of the equation will be as easy to accomplish as they seem to think.

The message is clear for those who care about LGBTQ people and believes Christianity ought to welcome anyone who accepts the core beliefs about the divinity of Jesus: Don’t work with the ABS anymore. Don’t work for them, and don’t work with them. Don’t promote them. Why bother? The ABS doesn’t think those people are True Christians™ anyway. 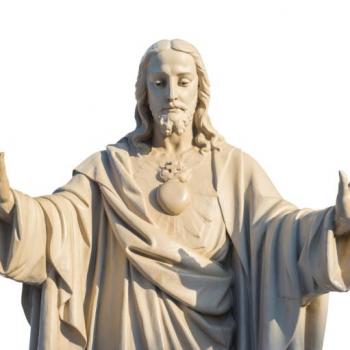 May 31, 2018
Baptist Church Votes to Remove 7-Ft. Jesus Statue Because It's "Too Catholic"
Next Post 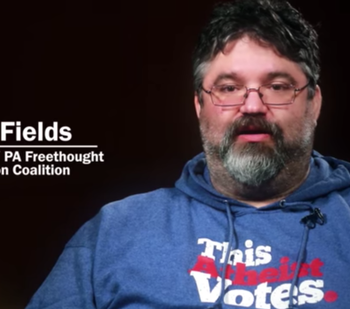 May 31, 2018 Church Camp Led Him to Doubt His Christian Faith; Now He's an Atheist Activist
"Fucking stalker. Also, he sounds like those neighbors I had during the McCarthy years, reporting ..."
She of Penultimate Pulchritude 49% of Protestant Pastors Have Heard ..."
"Trump lost "badly" in the electoral college (Biden: 75.6% , I guess considered a landslide), ..."
Eric Collier Here Are Preachers Predicting Trump’s Re-Election… ..."
"If we give them shelter then they have no incentive to go out and work, ..."
cdbunch 49% of Protestant Pastors Have Heard ..."
"Only the best dogs' butts, though. He wouldn't dream of showing up in a hippo's ..."
She of Penultimate Pulchritude 49% of Protestant Pastors Have Heard ..."
Browse Our Archives
What Are Your Thoughts?leave a comment