Southwestern Baptist Theological Seminary president Paige Patterson, now infamous for his atrocious “advice” telling women trapped in abusive marriages to stay and pray, was initially set for an early, yet cushy, retirement package. When the school’s Board of Trustees met last week, they removed him from his position while also making him “President Emeritus.” In addition to being a slap on the wrist at best, that meant he would still get paid by the school.

But now, in a surprising turn of events, the Board of Trustees has stripped him of all those benefits and privileges.

That may have happened in response to an incident, just reported last week, in which a former seminary student told Patterson that she had been raped, only to have him respond by telling her to forgive her rapist and not report the crime to authorities.

In a statement announcing Patterson’s termination, the committee stated today that it had confirmed information regarding reports that he mishandled a sexual abuse allegation while president of Southeastern Baptist Theological Seminary (SEBTS).

Last Tuesday, a former SEBTS graduate student told The Washington Post that after she reported her rape to Patterson and fellow seminary officials in 2003, they failed to notify authorities and the former president encouraged her to forgive the perpetrator. Patterson did not respond to the claims, but SEBTS launched an internal review of its own.

The same day as the former student’s story broke last week, following a 13-hour meeting of SWBTS’s board of trustees, Patterson was ousted from the presidency he’d held since leaving SEBTS in 2003. The board’s decision came despite his issuing an apology “especially to women” who were hurt by his past remarks.

A meeting Wednesday of Southwestern’s executive committee found that the new information “could not be deferred to a regular meeting of the Board,” and the body “unanimously resolved to terminate Dr. Paige Patterson, effective immediately, removing all the benefits, rights and privileges … including the title of President Emeritus, the invitation to reside at the Baptist Heritage Center as theologian-in-residence and ongoing compensation.”

History shows us that evangelical figures tend to protect their own, no matter how heinous their actions. Does the decision to fire Patterson reflect a change of heart about the proper way to handle abuse cases, or is it solely about preserving the seminary’s reputation?

It was probably the latter. As of last week, the trustees were fully ready to keep paying Patterson while giving him a special title, and that was after a long series of awful statements. It’s not like Southern Baptists have changed their minds about complementarianism or when divorces are permissible.

Regardless, firing someone as prestigious as Patterson was absolutely the right move. Let’s hope it sets a standard for the future. 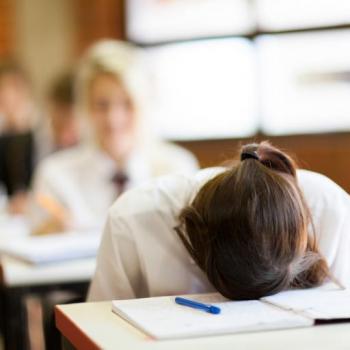 May 30, 2018
This Atheist Was Period-Shamed at Her All-Girls Catholic School
Next Post 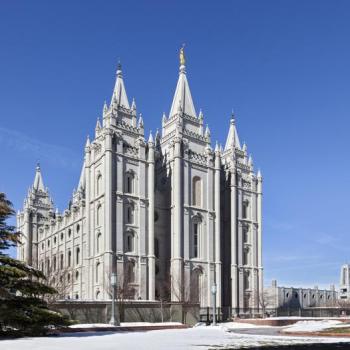