Matt Powell is the angry Christian preacher who said atheists were all Coke-drinking video game addicts and that scientists were hiding the truth about the Sun and moon.

We all had a good laugh at the 22-year-old preacher because the guy clearly had willfully ignorant gaps in his knowledge. But in a recent interview, he showed he’s so much worse than that.

In an interview with atheist YouTuber Skylar Fiction, Powell explained that the government should execute gay people. (It’s terrifying that anyone, much less a young person, would believe this. Yet it’s not out of the ordinary for some extremist Christians.)

… as far as homosexuality goes, you know, I believe the Bible puts the death penalty on it. I believe it’s disgusting. And incidentally, every scientific test has come back and said that homosexuals are 50 more times likely to get AIDS… we got this AIDS thing spreading… it’s a fact that this is the case.

There may be a Bible-based way to get out of that conversation, but Powell either didn’t know or didn’t care. He was happy to take the bait and run with it around the 8:05 mark.

SKYLAR: … you don’t believe that gay people should be stoned to death, do you?

POWELL: I believe the Bible puts the death penalty on it. Obviously, not by me or anybody in a regular society, obviously. I believe it’s the government’s job to execute criminals. I believe that the Bible says clearly that homosexuality is a criminal crime. It’s a crime. It’s one of the worst crimes ever.

SKYLAR: … Is that what you’re advocating for? That our government should stone gays to death to execute them?

POWELL: By whatever means they execute people. And obviously, I believe in humane, you know, putting to death.

SKYLAR: I think that’s a contradiction, what you’re saying. You can’t use the word “humane” and then say you’re gonna kill people who are gay.

POWELL: Right, but the thing is, I mean, whatever our government says, as far as, like, for a death penalty, I think should go for them.

SKYLAR: Wait… but no… you’re saying you agree the government should create laws… in order to execute gay people. That’s what you’re telling me?

POWELL: That’s what the Bible says. I believe the Bible. I didn’t write the Bible.

Skylar also asked if divorce or adultery warranted the death penalty. The answer, which Powell eventually sputtered out, was yes. Because that’s what the Bible commands. The same thing applied, he added, even when talking about his own kids being seriously disobedient.

If anyone ever tells you the Bible is a “good book” or calls it a source for ethics, keep in mind that some very devout Christians like Powell point to it as justification for sanctioning the murder of others at the hands of the government.

I’m glad this interview is out there, though. Whatever this guy does in the future, there will always be a video of him saying the slaughter of gay people by the government is a reasonable idea. As long as it’s done humanely. As if there is such a thing. At least this will come back to haunt him when he inevitably decides to run for office.

May 29, 2018
Jesus Stops Runaway Truck in Ontario, Possibly Saving Lives in the Process
Next Post 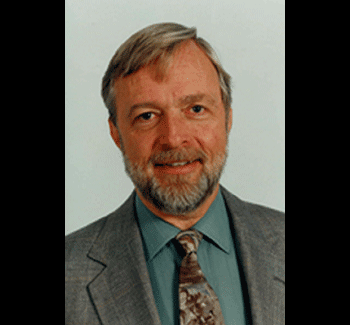