Here’s Alan Bean, Who Walked on the Moon, Confronting a Conspiracy Theorist May 28, 2018 Hemant Mehta

Here’s Alan Bean, Who Walked on the Moon, Confronting a Conspiracy Theorist

Alan Bean, the fourth man to walk on the moon, died over the weekend at age 86. As you might expect, his biography is just stunning when you add up all his accomplishments. 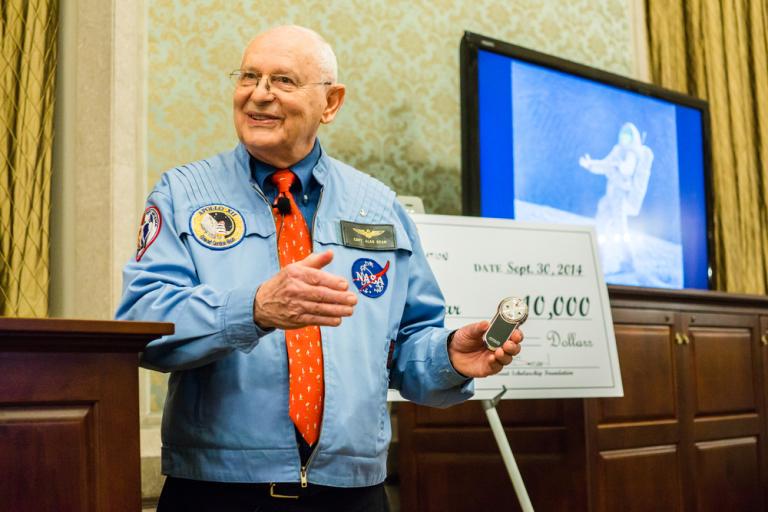 The Apollo 12 mission wasn’t Bean’s last in space. He was later selected to command the second crewed mission to the Skylab space station on July 18th, 1973. The crew, which included astronauts Owen K. Garriott and Jack R. Lousma, spent a total of 58 days in space. Bean conducted a variety of medical and biological experiments, installed equipment, and took part in one of the mission’s three spacewalks, testing a prototype propulsion backpack that allowed astronauts to maneuver in space without being tethered to a spacecraft. After returning to Earth, he was assigned to the backup crew for the Apollo-Soyuz Test Project. He retired from the US Navy in 1975 and from NASA in 1981.

Imagine all the training he did, all the work he put in, all the risks he took to achieve that. It’s incredible. And yet, in 2004, he agreed to appear in a documentary film produced by Bart Sibrel. Bean didn’t know it at the time because Sibrel lied about his credentials and intentions, but he was a conspiracy theorist whose claim to fame has long been saying the moon landings never happened.

Bo Gardiner, who has contributed to this site, posted a clip of that documentary, Astronauts Gone Wild, at the moment when Bean realizes he’s been duped. He’s disappointed. He pushes back. He even agrees to swear on the Bible that his experience was real — something Sibrel has made a habit of doing when he speaks to astronauts, as if it’s sworn testimony that can be used against them.

What angers me most there is how Sibrel is speaking to someone who accomplished far more than he — or damn near anyone else — ever will, yet he has the audacity to challenge the very core of Bean’s biography, something that any reasonable person could fact-check but which people like Sibrel refuse to do or accept when confronted with reality.

How frustrating it must be to know something so extraordinary, only to have to defend the very idea of it to people who refuse to accept it. It’s like an evolutionary biologist trying to have a conversation with Ken Ham. Or President Obama having to defend the location of his birth from right-wingers like Donald Trump.

Conspiracy theorists know that raising doubts about basic facts will convince people even dumber than they are that there must be something to it.

At least Buzz Aldrin, when confronted by the same man making the same idiotic points, famously refused to put up with it. 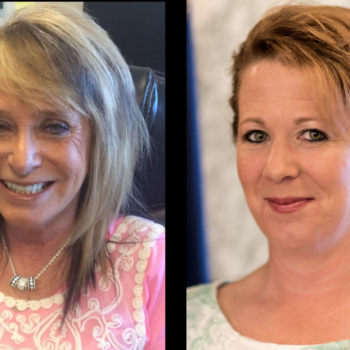 May 28, 2018
A Coroner's Race in Idaho Centered Around the Handling of "Faith-Healing" Deaths
Next Post

May 29, 2018 A Catholic School Tried Silencing Two Graduation Speakers; The Plan Backfired
"What's the word? Thunderbird!"
Die Anyway This Heavy Metal Remix of Televangelists ..."
"Looks like Buffalo needs to put up a more secure fence around this complex.I'm sure ..."
SltryPrNstyBrtsh&Shrt Woman Injured After Falling 20 Ft. ..."
"Nice to know that when Jesus stepped back and let all this happen to these ..."
Sock Rocket Pastor Mark Driscoll is More Abusive ..."
"But I bet they push their god onto everyone, especially the children. Nothing is “free” ..."
Sock Rocket Pastor Mark Driscoll is More Abusive ..."
Browse Our Archives
What Are Your Thoughts?leave a comment