Preacher Jesse Duplantis Wants You to Pay for His New $54 Million Private Jet May 26, 2018 Hemant Mehta

A few years ago, prosperity gospel preachers Jesse Duplantis and Kenneth Copeland said on Christian TV that private jets were absolutely necessary for their ministries. What else were they going to do? Get in a “long tube with a bunch of demons”?

Their conversation took place shortly after Pastor Creflo Dollar begged his congregation for money to buy a $65 million plane.

They weren’t kidding. Earlier this year, Copeland bought a plane from media mogul Tyler Perry that cost tens of millions of dollars. Even though he claimed it was “debt-free,” presumably because he was using donor money that was already in the bank, that didn’t stop him from asking people for $2.5 million more for “upgrades.”

And now Duplantis is getting in on the action.

In the May 21 edition of This Week With Jesse, he talks all about the new plane he wants to buy (with your money). You better help him out, too, since God really wants him to have it.

… You know, I’ve owned three different jets in my life and used them and… just burning them up for the Lord Jesus Christ.

After showing off pictures of his three previous jet babies, he points to an image of the Starship Enterprise, because “this is where I’m going!”

… We’re believing God for our brand new Falcon 7X so we can go anywhere in the world, one stop. Now people say, “My Lord, can’t you go with this one?” Yes! But I can’t go at one stop… and then you pay those exorbitant prices for jet fuel all over the world.

To be clear, Duplantis is saying he needs a new plane worth $54 million so he doesn’t have to deal with the hassle of refueling mid-flight. Because screw the starving children. What have they ever done for him?

He says God told him to buy it, but it freaked him out because he didn’t know how he’d pay for it. No worries! said God.

… a great statement that He told me in 1978 flooded into my mind, and said, “Jesse, I didn’t ask you to pay for it. I asked you to believe for it”…

“Believe” is a euphemism that means everyone except Duplantis will be paying for this plane.

Duplantis then said he was just doing what Jesus would do.

… I really believe that if Jesus was physically on the earth today, he wouldn’t be riding a donkey. Think about that for a minute. He’d be in an airplane preaching the gospel all over the world.

Right… The prophet who walked on water would apparently be flying a jet all over the world if He were alive today… because how else would He convince people “Blessed are you who are poor, for yours is the kingdom of God”?

The sad thing is that some gullible Christians are inevitably going to send Duplantis money so he can go from Private Jet #3 to Slightly More Convenient Jet #4, all while thinking they’re making God happy. The poor saps have no clue God doesn’t give a damn and the only person who’ll end up with a smile on his face will be Duplantis, the sheep fleecer who needs a few extra minutes in his day to not refuel.

I guess it makes sense. How else will he find time to make videos asking for more cash? 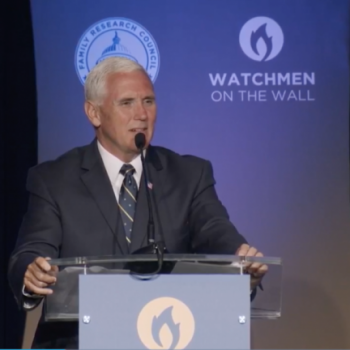 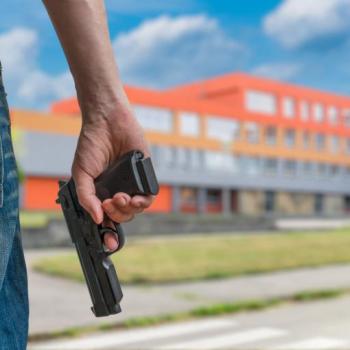 May 26, 2018 Bill Donohue: Why Won't the Media Cover Santa Fe High School Shooter's Atheism?
Browse Our Archives
What Are Your Thoughts?leave a comment