Back in 2014, Greg Graham, chief of the Ocala Police Department in Florida, posted an unusual letter to the department’s Facebook page. Co-signed by community development director for the Ocala/Marion County Family YMCA Narvella Haynes, the letter called for public prayer to help stop crime:

It sounded self-defeating for a Chief of Police to say, “The best solution we have to stop crime is prayer!” (What was Plan B? Waving a white flag?)

He could have asked the community to report suspicious activity, or called on politicians to enforce tougher gun safety laws, or asked for more government funding for the police department, or (thinking long-term) looked for ways to get people out of poverty so some of them don’t feel the need to resort to crime.

Instead, he went with prayer. 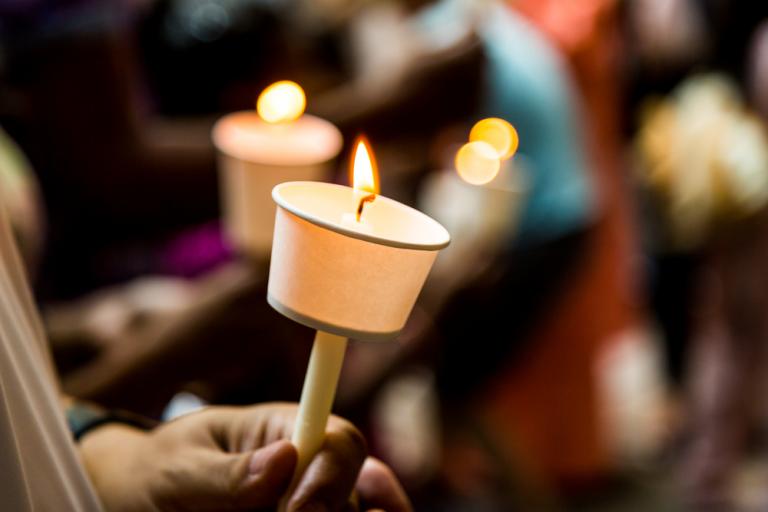 There was nothing wrong with having people come together as one in opposition to bad things happening in their community — we’ve seen that in places like Ferguson and Baltimore — but that’s not what the letter said. If anything, promoting prayer (and was there any doubt this would be a Christian prayer?) would divide the community much more than it brought people together.

The American Humanist Association’s David Niose eventually wrote a letter to the Chief, calling on him to remove the letter from their page and asking for reassurance that the police department (as a government entity) would not be participating in the event.

Nothing ever came of that. The original post is still up on the police department’s Facebook page and they took part in the prayer vigil. (They didn’t just quietly attend, either. They participated.)

In November of 2014, after the polite warning was rejected, the AHA’s Appignani Humanist Legal Center filed a lawsuit against the department claiming this was a constitutional violation:

The AHA was hoping for a declaration that the department’s actions violated the Establishment Clause and an injunction so that they wouldn’t do it again in the future.

City officials tried to get the lawsuit tossed out of court entirely. But a judge permitted the lawsuit to move forward in 2015. Even though Judge Philip R. Lammens said the AHA as an organization lacked standing to sue, and that they could not sue the Police Department, Mayor, or Police Chief specifically, he pointed out that the individuals represented by the AHA could still sue the city of Ocala. (In other words, the Judge limited who had a right to sue and eliminated any redundancy in who could be sued.) In 2016, the AHA asked for summary judgment in the case.

It’s taken a long time for this case to be resolved, but it’s finally happened.

The AHA announced today that the prayer vigil promoted by the city was indeed illegal. Judge Timothy J. Corrigan issued a ruling that confirmed the AHA’s strongest arguments.

“In sum, under the Establishment Clause of the First Amendment to the United States Constitution, the government cannot initiate, organize, sponsor, or conduct a community prayer vigil,” explained Judge Corrigan. “That is what happened here.”

“Police departments shouldn’t be endorsing religion, yet that’s exactly what the Ocala Police Department did here by sponsoring and promoting a prayer vigil,” said David Niose, AHA legal director. “We hope this ruling ensures that prayer rallies in the future will be run by churches, not police departments.”

One interesting part of the decision: The judge noted that even Chief Graham and Ocala’s attorneys agreed during oral arguments that the government couldn’t promote a prayer vigil without violating the law. But they argued that’s not what was happening at all because the vigil was “community-sponsored.”

After reviewing a number of relevant cases, the judge wrote:

… it is apparent that for purposes of the Establishment Clause, whether an activity “belongs to” or is “sponsored by” the government turns on the degree to which a government entity or official initiated, organized, facilitated, promoted, provided space for, paid for, supervised, participated in, regulated, censored, led, endorsed, encouraged, or otherwise controlled the activity. Applied here, these factors strongly indicate government sponsorship.

While the City paints this as a fleeting incident that could not possibly be deemed official policy so as to subject it to liability, in fact, the events here took place over the course of eight days, beginning with Chief Graham’s calling the meeting and culminating with the Prayer Vigil. During that time and as further described above, both Chief Graham and Mayor Guinn took many actions in their official roles in very public ways to initiate, organize, facilitate, promote, encourage, endorse, and otherwise sponsor the Prayer Vigil (all in the face of vocal opposition which pointed out the violation), easily subjecting the City of Ocala to liability for violating the Establishment Clause. The City of Ocala’s motion for summary judgment is due to be denied and the plaintiffs’ motion for summary judgment as to the City of Ocala is due to be granted.

For all this, the three plaintiffs will receive a total of $6.00, one dollar from each of the two defendants. (It was never about the money.) The taxpayers of Ocala will also have to pay the legal bills for the AHA.

It took several years to get to this point, but the AHA was right all along. A city should never promote a religious event, and when they’re warned about the potential legal problems, they shouldn’t double down on their ignorance.

The taxpayers of Ocala elected some ignorant leaders and they’re going to take a financial hit for it. 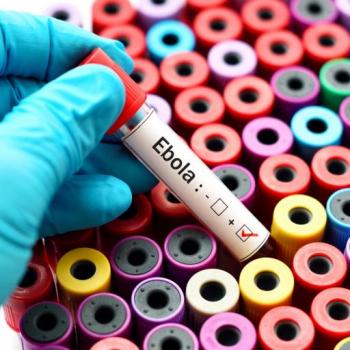 May 25, 2018
Two Ebola Patients Died After Being Taken from a Hospital to a Prayer Meeting
Next Post 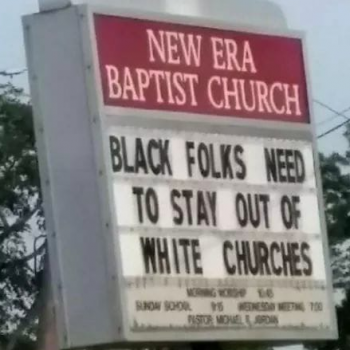 May 25, 2018 AL Pastor Puts Up Sign Saying "Black Folks Need to Stay Out of White Churches"
"Surprising to Nobody Black, Kyle Rittenhouse Receives Donations From Cops and Public Officials, According to ..."
WallofSleep Podcast Ep. 370: The Bible is ..."
""they're too ignorant"No. They're stupid.Ignorant is a state of being without knowledge.Stupid is continuing in ..."
Rt1583 Scamvangelist Jim Bakker: I Was “One ..."
"The common meaning of “gender” is socially-constructed ideas about masculine and feminine associated with the ..."
Sastra Should Two Oregon Educators Be Fired ..."
"Oh I'd agree. I just don't think the law does."
KMR Should Two Oregon Educators Be Fired ..."
Browse Our Archives
What Are Your Thoughts?leave a comment