Pastor: If You Make Fun of My “Holy Laughter” Revival, You’re Going To Hell

You’d think a pastor who helps people experience “Holy Laughter” would have a sense of humor about it… but you’d be wrong.

In fact, conservative Christian pastor and conspiracy theorist extraordinaire Rodney Howard-Browne, perhaps best known to critics for praying over Donald Trump in the Oval Office, is lashing out at people who are criticizing his laughter-based religious ceremonies.

Howard-Browne says his revivals, which he has been putting on for decades, fill people with the “Holy Spirit” until they have a laughing fit.

But now that outsiders are laughing at him, he’s not happy. Some have called his practice “heresy,” but Howard-Browne says they are blaspheming the Holy Spirit. 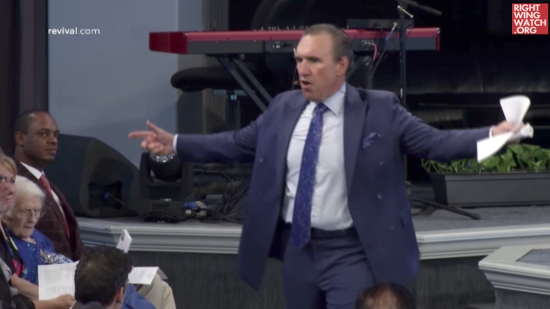 During an appearance on Sheila Zilinsky’s podcast yesterday, Howard-Browne was asked how he deals with the “complete jackals” who criticize his Holy Laughter revival and he responded by warning his critics about the unpardonable sin mentioned by Jesus in the Synoptic Gospels.

In Matthew, Mark, and Luke, Jesus warns that any sin can be forgiven except for blasphemy against the Holy Spirit, which Howard-Browne asserted is exactly what his critics are doing.

Howard-Browne didn’t stop there. The right-wing pastor went as far as to compare himself to Jesus, saying “anyone who attacks the Holy Spirit and His movings and His workings are antichrist.”

“They are attacking the very ministry of the Lord Jesus Christ himself.”

Here you can see the pastor making people laugh in the name of God as recently as yesterday:

It looks like the outbreaks of "holy laughter" are still occurring at Rodney Howard-Browne's church. https://t.co/hsem6hUUid pic.twitter.com/HUQkDeqrst

Well, I’m no Christian, but I’ve read the Bible enough to know that Jesus doesn’t pretend giggling is an internal expression of divine power. Jesus didn’t heal someone, and then wait for them to burst into a laughing fit. Howard-Browne is just deflecting. If people are criticizing his laughing shtick, maybe it’s not because they hate Jesus. Maybe they just realize it’s nonsense. 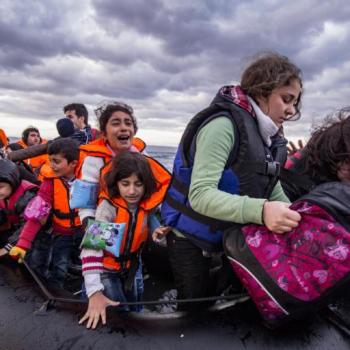 May 24, 2018
White Evangelicals Are the Least Christ-Like When It Comes to Accepting Refugees
Next Post 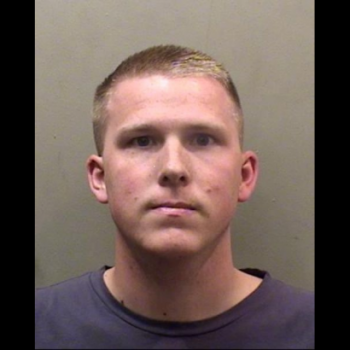 May 25, 2018 Ex-Pastor Charged With Breaking His Infant’s Legs and Arm
Browse Our Archives
What Are Your Thoughts?leave a comment