Earlier this month, we learned that administrators in the North Bend School District in Oregon were accused of wildly discriminatory practices against LGBTQ students. Those allegations have now been confirmed and some of the people responsible are now out of their jobs — and it’s all because two students in particular were willing to speak up. 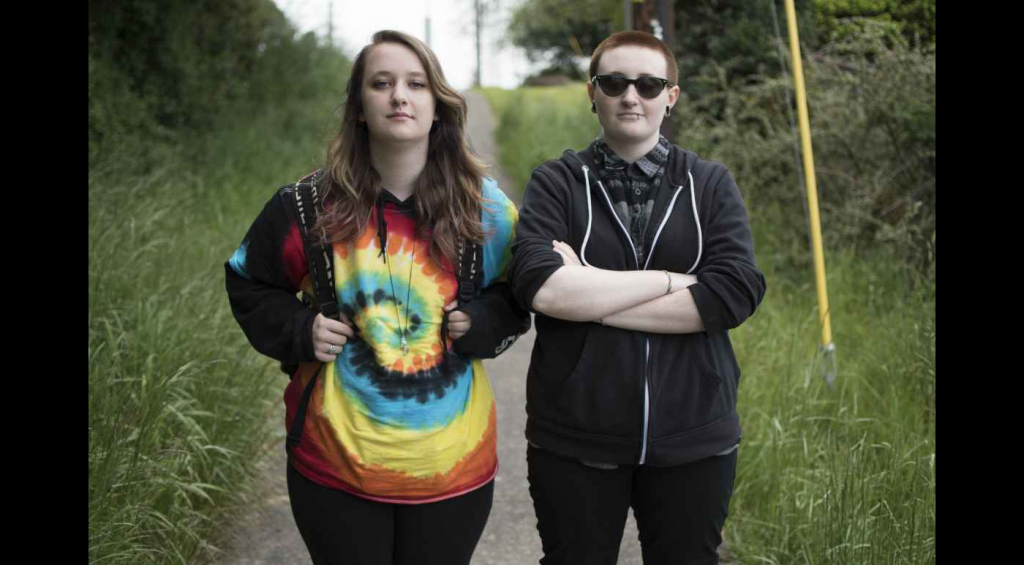 According to the ACLU of Oregon:

… they told one of our clients she was going to hell for being gay, subjected LGBTQ students to harsher discipline than their straight peers, and equated homosexuality with bestiality. We also learned that both LGBTQ students and straight students have been forced to recite Bible passages as a punishment.

Two of the students at North Bend High School, seniors Liv Funk and Hailey Smith (above, left to right), brought these problems to the attention of a friendly counselor. That, in turn, led to help from Willamette Law School’s legal clinic, which later brought the case to the Oregon Department of Education.

The DoE sent a letter to District Superintendent Bill Yester back in March detailing their findings and calling for reform within the district… which didn’t materialize.

Now there are real consequences for that inaction:

Matt dos Santos, legal director for the ACLU of Oregon, says today’s settlement “sends a clear message to everyone at the district: If you break the law by discriminating against LGBTQ students or engaging in religious proselytization at school, there are serious consequences.”

The high school, which serves just over 1,000 students, will also be required to work with the ACLU to implement training and policies aimed at preventing future discrimination.

While much of the media attention focused on how gay students may have had to read the Bible as punishment, you really need to check out Funk and Smith’s stories to get a sense of just how bad things were in their school.

Funk says she was subject to an anti-gay slurs by multiple students (including the principal’s son), physically assaulted, and told by a school police officer that she’s “going to hell.”

In Smith’s story, the principal’s son nearly ran the two girls over. And the principal had little sympathy for the way LGBTQ students were treated in his building:

The discrimination wasn’t an isolated incident and it didn’t just come from students. When I told the principal that my civics teacher called me out in front of the whole class and said same-sex marriage was “pretty much the same thing” as marrying a dog, the principal told me “everybody has the right to their own opinion.” The next day, the teacher apologized, but as I walked away, he said “don’t go marrying your dog.”

But because Funk and Smith were brave enough to take action, that principal is out of a job along with the officer who said gay people would go to hell. They won’t be missed.

It’s appalling this sort of faith-based discrimination still occurs today. Beyond that, it surprised me that this occurred in Oregon of all places. Granted it’s not one of the more liberal parts of the state, but you expect this kind of bigotry in the Bible Belt, not the west coast. That should send a strong message that this could happen anywhere — and it will continue unless courageous students or teachers are willing to speak up about it.

There will undoubtedly be some retaliation against Funk and Smith — at the very least, the students who treated them like outcasts will double down on that. But there are also, very likely, other students at that school who were victims of discrimination who may not have been able to speak up. I hope the harassment they faced will come to an end now, too.

Sometimes, these stories seem so wildly inappropriate, you think there must be some kind of miscommunication going on. That was certainly my reaction when I heard a public school in Oregon was making LGBTQ students read the Bible as punishment. But it was accurate, it was investigated, and the instigators have rightfully been punished.

Bill Lucero and Jason Griggs will have plenty of time to read the Bible themselves now since they won’t be wasting taxpayer money harassing students who fall outside their Christian bubble.

Maybe they’ll come across the Golden Rule. Or anything Jesus said about being kind. They obviously skipped those parts earlier.

May 23, 2018
Seminary Head Allegedly Told Woman to Forgive Her Rapist and Not Report Incident
Next Post 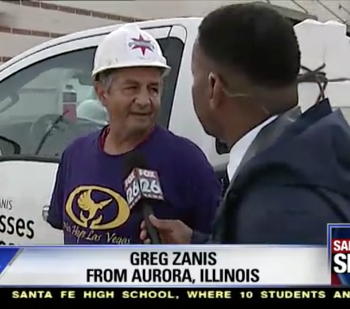 May 23, 2018 Christian Man "Honors" Santa Fe High Victims, Including a Muslim, With Crosses
"Are we sure these aren't pod people from another planet?"
Jim Jones GOP Conspiracist Lawmaker: Christians Are “Taking ..."
"Who said they were sane?"
Matri Christian Right Leader: I’m Praying for ..."
"You want that alphabetically, or chronologically?"
Matri Christian Right Leader: I’m Praying for ..."
"Well, I'm perturbed when the authors at FA do it but this is a bill ..."
Die Anyway Arkansas State House Republicans Pass Bill ..."
Browse Our Archives
What Are Your Thoughts?leave a comment