The New York Times Falls Over Itself to Praise a Holistic Healer May 21, 2018 Terry Firma

It’s hard to understand how this kissy-faced profile of a “holistic healer” made it past the supposedly tough-minded editors of the New York Times.

I Gusti Mangku [a 76-year-old Balinese medicine man] is one of about 8,000 healers, or “Balians,” versed in Usada Bali, the ancient practice of using medicinal plants, oils, herbs and spices, as well as hands-on holistic therapies and ancient teachings, to treat physical and mental pains. In Bali, a province in Indonesia that has a population of more than four million people, healers outnumber doctors by four to one.

Gullible Westerners with a hankering for ever-modish orientalist mysticism are signing up to visit in impressive numbers. Many travel to Bali driven in part by Eat Pray Love, a memoir and movie that features a Balian shaman.

Today, there is an industry of spiritual-healing tourism as people from all over the world flock to Bali, drawn by wellness vacation packages and meditation retreats that advertise restorative experiences for body and mind. 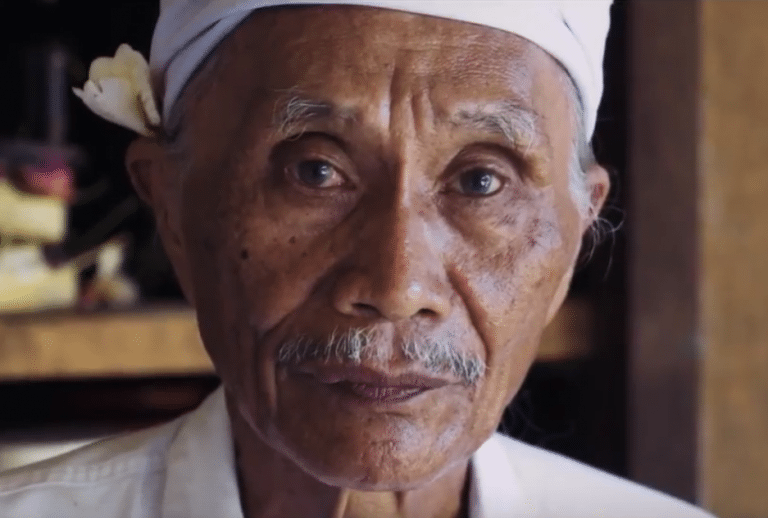 The number of self-professed healers grew alongside the tourists seeking enlightenment. As a result, there is a healthy skepticism among the Balinese people toward these self-proclaimed healers.

After that, literally not a word about this “healthy skepticism” makes it into Malin Fezehai‘s entire 1,100-word Times article. She credits the so-called healer with wisdom and bona fide healing powers, and that’s that.

In addition to inheriting his father’s profession, [Mangku] also passed down his Lontar scribes, which are collections of thin palm leaves tied together with cotton string, inscribed with medicinal recipes, diagnoses and other ancient wisdoms written in Kawi, an old Javanese language still used in traditional arts and during ceremonies.

That makes these healers’ methods effectively proprietary — shielded from science, from scrutiny, from verification, and from criticism. It makes you wonder why, if Mangku is the selfless mensch described in the Times piece, he doesn’t spread his possibly life-saving knowledge as far and wide as humanly possible.

He says that he is willing to share information if it’s sought “sincerely,” but this commitment to teaching special insights and techniques is immediately called into question when he insists that

… the traditions of Usada Bali must not be shared frivolously. He explains that there is a saying in Bali: “Don’t just tell people who are not asking.” He believes that it is very important that the teachings don’t become distorted or misused.

At one point, the awed Times writer describes how Mangku leads his family in prayer during Pagerwesi, a semi-annual holiday featuring offerings and rituals

… with the intention to fortify their minds and hearts against encroaching evil forces.

We can rest assured that if a New York Times scribe attended a Christian prayer meeting that purported to keep evil at bay, the resulting article would be rife with subtle snark and a hint of disapproval — and for good reason. Prayer doesn’t ward off evil, and disease isn’t the result of hostile spirits. But Western media easily give non-Western religions a pass. Not only are these folk faiths not held to account; they frequently receive a puzzling amount of unearned respect, bordering on reverence.

The Times piece is no exception. Fezehai describes the Balian woo as “a sacred tradition.”

I Gusti Mangku carefully examines his patients’ eyes and the way they breathe, one of the steps of an examination in his specialty, neurological disorders. He then uses his hands, working with pressure points and mixing together formulas based on the person’s needs.

We learn nothing further from her article about these methods and concoctions. Another source is a bit more revealing about the healers’ typical practices:

A balian taksu draws power from nature or spirits and creates medicine from holy water, flowers and plants; while a balian ketakson will communicate with spirits to seek insight into an illness.

The healer may make magic, create fire, use mudrahs, draw patterns on your body, spit wads of chewed herbs on your skin, apply scented oils, poke you with sharp sticks and/or give you a deep tissue massage or manipulation that will be very painful indeed. … Many may appear crazy or psychotic, or hear voices, while the wisdom is entering them.

It won’t surprise anyone that being a Balian healer is also about applying or redirecting unspecified and unverifiable energies. Writes the Times:

According to I Gusti Mangku, [different] healers “have different energies.” In Usada Bali teaching, there is a section that instructs on unblocking, purifying, releasing and balancing different energies in the body. I Gusti Mangku said he had treated heart conditions, headaches, deafness, breast cancer and other various illnesses.

There are some illnesses that Mangku is powerless against, he concedes.

For example, when he sees patients with typhoid or cholera he will tell them to seek treatment at the hospital.

It’s alright, I guess, for an article like Fezehai’s to focus more on anthropological color than on hard-nosed scientific debunking. Still, a little less slack-jawed credulousness would’ve gone a long way to making the piece a satisfying read — rather than an embarrassment that the Times, still the best newspaper in the country, should have subjected to a serious rewrite. 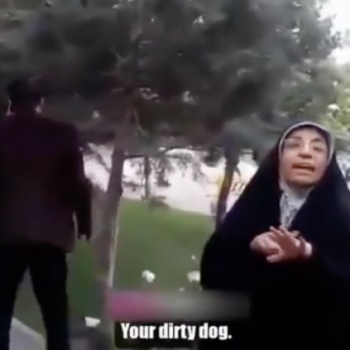 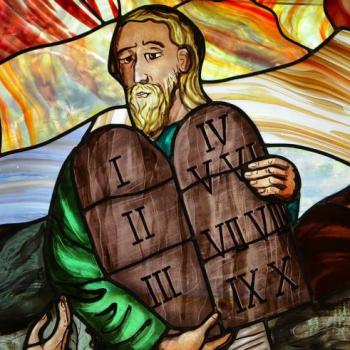 May 21, 2018 This Christian Needs God's Help to Remember That Murder is Wrong
Browse Our Archives
What Are Your Thoughts?leave a comment