In response to the recent school shooting in Santa Fe, Texas, the police chief for Houston is speaking out against politicians who aren’t doing anything more than “offering prayers” for those affected.

He wasn’t just frustrated, either; he urged action. Police Chief Art Acevedo said citizens should vote out elected officials who have nothing more than prayers to give after a mass shooting. He didn’t slam prayers, to be sure, but he said it shouldn’t be touted as a stand-alone answer to the gun violence problem.

Acevedo actually thanked God and praised prayer in the first part of his interview Sunday on CBS’ Face the Nation, in connection with his friend, John Barnes. Barnes was one of the armed guards at the school during the shooting.

Well thank God that he’s, he’s in very serious condition but he’s stable. I can tell you that we expect him to recover. His families are with him, his friends are there with him and they’re very grateful for all the prayers and all the messages they’ve been receiving from around the country and the world.

The criticism of prayer only came when Acevedo was asked who, specifically, he faulted for not taking action.

Well, let me tell you, people at the state level and the federal level in too many places in our country are not doing anything other than offering prayers. I’m grateful that I’m working a city with the mayor who is transformative, Sylvester Turner, and what we’re starting to see is that local governments are starting to make a difference, and I think that the American people, gun owners, the vast majority of which are pragmatic and actually support gun sense and gun reform in terms of keeping guns in the right hands. We need to start using the ballot box and ballot initiatives to take the matters out of the hands of people that are doing nothing that are elected into the hands of the people to see that the will of the people in this country is actually carried out.

Acevedo’s comments caused a viral uproar, including by the Weekly Standard‘s Kevin D. Williamson who said he shouldn’t be policing “the political views of the people for whom he works.” (This was in response to Acevedo’s post on Facebook that he “hit rock bottom” on the gun debate, and that he’s “not interested in your views” on the issue.)

Police chiefs are not lawmakers. It is not Chief Acevedo’s job to decide what kind of gun laws Texas — or the United States — has or does not have. Like any citizen, Chief Acevedo is entitled to his opinion, but he doesn’t have any special competence or standing to speak on the issue of gun control. What he has is only a point of view.

That’s an absurd statement to make. Acevedo deals with gun violence every single day. He knows how policy affects his team. He knows when guns are useful and when they’re not. He absolutely has “special competence” and “standing” on gun control — and he’s certainly in a better position to speak about the topic than politicians who have never experienced gun violence.

Williamson’s comment is akin to telling teachers they have no business commenting on education policy because what do they know? A lot. They know a lot. They’re not lawmakers, and they don’t set policy, but the people who do would be foolish to discount their ideas and opinions when writing bills.

We need more in-the-arena experts like them raising hell when they know the status quo isn’t working.

So Acevedo deserves a lot of credit for speaking out on this topic. Unlike the people criticizing him, Acevedo is well aware that prayers have never and will never do enough to fix gun violence, and he’s pleading for legislators to realize that. If they refuse to listen, then maybe voters who care will. 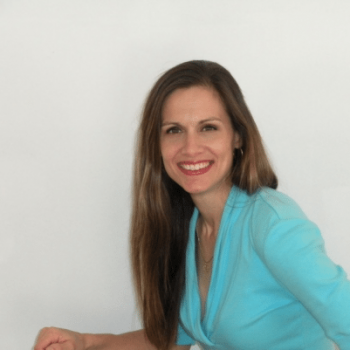 May 21, 2018
How Jehovah’s Witnesses and Shunning Contributed to a Triple Murder-Suicide
Next Post 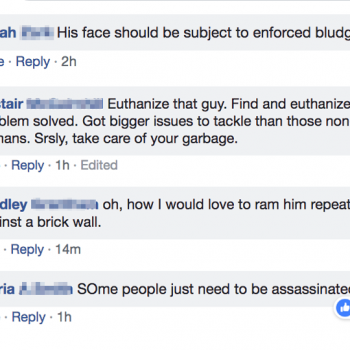