A man walking his dog in an Iranian park was allegedly accosted by a Muslim man who threw a few punches while saying dogs were forbidden under Islam. The dog-walker began filming their exchange as the fight took place while reacting to what he considered an unjust principle.

While it’s unclear who shot that video and where and when it took place, the situation isn’t completely implausible. There are indeed Muslims who believe dogs are unclean and they have religious justification for it. In 2010, one Iranian cleric issued a fatwa saying dogs were “unclean” and couldn’t be kept in a home. By 2014, the nation’s legislators had proposed a bill making the act of having dogs as pets or walking them in public a criminal offense worthy of 74 lashes or a fine.

So whether or not you agree with the interpretation of Islam, Iran seems to take these beliefs pretty seriously, which is why I’m puzzled by how the dog-walker thinks he should be exempt from perceived Sharia Law because he doesn’t accept Islam. That’s not really an option in a theocratic nation. 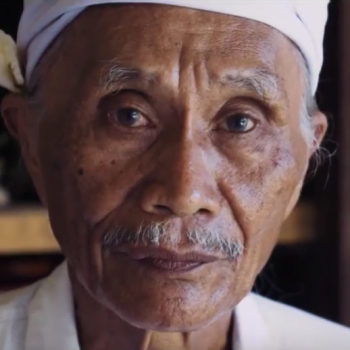 May 21, 2018 The New York Times Falls Over Itself to Praise a Holistic Healer
Browse Our Archives
What Are Your Thoughts?leave a comment