In 2015, failed Republican presidential candidate Michele Bachmann said that Christians should work to convert as many Jews as possible, as quickly as possible, because the End Times were near.

That comment came back to bite her in the ass this week because Bachmann was in Israel for the opening of the U.S. embassy. She was at a Bible study in Jerusalem when she apologized for what appeared to be those old remarks:

“Personally, I know that in ignorance… myself, I have stated things that I should not have said and I profoundly apologize and repent and ask forgiveness from Almighty God for my statements that, though said in ignorance, have brought pain,” she said during the class.

Bachmann also asked forgiveness for the “horrible and, yes, I would say, the arrogant way that Christians — I would include myself among them — have treated and regarded the Jewish people” throughout history as reported by The Times of Israel.

Okay. Fine. I guess. We can move on now, right?

Not if you’re End Times broadcaster Rick Wiles, who went on an anti-Bachmann rant during an episode of TruNews earlier this week.

To be clear, he’s “rebuking” Bachmann for being tolerant. For saying it’s okay for Jews to be Jews. For going back on her remark about how Christians should convert everyone in sight before it’s too late.

Because for people like Wiles, anyone who’s not a Christian (or even the right flavor of Christian) is a broken person in need of fixing. It’s downright blasphemous not to intrude upon their lives and proselytize at every opportunity.

May 17, 2018
Tony Perkins: Being Trans Is Like Saying You're a Bird and Flying off a Building
Next Post 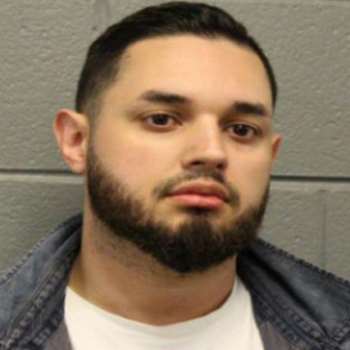 May 17, 2018 Youth Minister Charged With Sending Nude Pics To Underage Girls From Church
"That is so_dumb. But without political will, we're doomed."
Martin Penwald Note to Candidates: Secular Democrats Outnumber ..."
"From one of the commenters on YouTube:Do a search for "Dave Daubenmire Zachary arrest", and ..."
Zorginipsoundsor Critic: Beth Moore’s Mild Critique of ..."
"Sometimes On Quora, kids come up with a question about living in a fundagelical family ..."
guerillasurgeon Critic: Beth Moore’s Mild Critique of ..."
"It might be useful to separate the figures for planned and unplanned teen pregnancies. The ..."
Synfandel Note to Candidates: Secular Democrats Outnumber ..."
Browse Our Archives
What Are Your Thoughts?leave a comment