Creationist Ken Ham says I’m “fake news.” (Which I think, in some weird Opposite World sort of way, means I tell the truth…?)

On Monday’s episode of Answers News, in which Answers in Genesis staffers discuss stories from the past week, co-host Avery Foley brought up a post I’d written about how researchers had found a link between people who are religious fundamentalists and people who fall for “fake news.”

You can read all the details here, but the gist of it is that researchers at Yale University had published a working paper making that claim. It made sense. After all, if you’re not engaging in analytic, open-minded thinking — and you just believe what you’re told — you’re more susceptible to hoaxes.

I wasn’t the only person who covered it. Laura Hazard Owen at NiemanLab did a nice job explaining what the paper said in more detail.

But I just want to stress: This is a real paper. If people don’t like its conclusions, then they should describe the problems with the methodology or why the analysis was flawed.

The Answers News team didn’t do any of that. Instead, they spent several minutes just trashing me for mentioning the paper existed.

Since you won’t get an analysis of the paper, here’s what they said:

I just want to repeat: They never once talked about the research paper itself or why my characterization of it was wrong. (It wasn’t.) They just saw the headline, claimed I was a liar, and spent several minutes losing a roast battle I didn’t even participate in.

I don’t care about them not liking my opinions. I expect that. But c’mon, if they’re going to say I’m making things up, shouldn’t they point out where I misrepresented the research paper?

Of course not. This is Answers in Genesis. If they could reasonably respond to criticism, the Creation Museum and Ark Encounter would have to shut down. 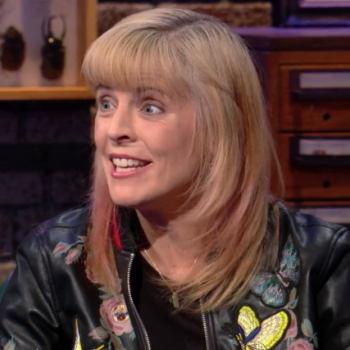 May 16, 2018 Conservative Website Can't Handle Atheist Comedian's "Higher Power" Substitute
Browse Our Archives
What Are Your Thoughts?leave a comment