In the new season of Bill Nye Saves the World on Netflix, comedian Maria Bamford appears in the third episode to talk about her own struggles with drug addiction.

At one point, she talks about a major frustration she has with twelve-step programs, like the famous one offered by Alcoholics Anonymous. They require people to give themselves over to a Higher Power. In AA’s case, the steps literally include admitting “that a Power greater than ourselves could restore us to sanity” and that addicts are “entirely ready to have God remove all these defects of character.”

Bamford, an atheist, can’t say those things and genuinely mean it. So she told Nye that she used a substitute:

BAMFORD: I am an atheist. So, sometimes people have a problem with these twelve-step support groups, especially because there’s a lot of mention of a spiritual world. You know, God, “Higher Power” is used. I choose just to change those words to, uh, “Neil deGrasse Tyson.”

The audience loved it, and Nye couldn’t hold back his smile. It’s a cute joke.

Mind you, the AA/”Higher Power” thing is a real problem. We’ve seen judges require some addicts to go through AA, essentially forcing them to adopt religion in order to fulfill their legal obligations. There’s a real discussion we could have about this.

The folks at the conservative Media Research Center’s NewsBusters blog aren’t having that discussion. Instead, writer Amelia Hamilton is appalled — appalled! — by what Bamford said.

… the idea that someone would think some other regular non-deity was raised above the rest of us seems fairly creepy to me. The fact that the audience laughed and cheered was a fairly good indication that they were comfortable with a human lording over us. Then again, I believe that the higher power is God, so it sounds like this crowd doesn’t really care what I think.

Hamilton really thinks Bamford is worshiping Tyson and that the audience is going along with it. Literally. Hamilton’s other critiques are no less silly, like her complaint about another guest who left the priesthood because he finally accepted science. “That’s about the least helpful thing he could have done,” Hamilton writes, “and he doesn’t see that.”

There are legitimate critiques of Nye’s show — we’ve posted one here — but complaining about a joke because you don’t think it’s a joke? At that point, you’re just looking for a reason to be angry. Get over yourself. 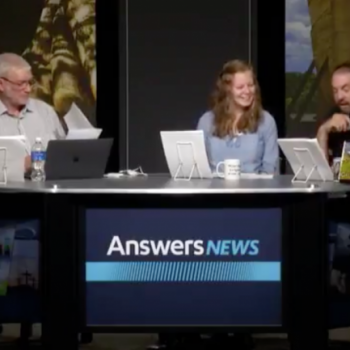 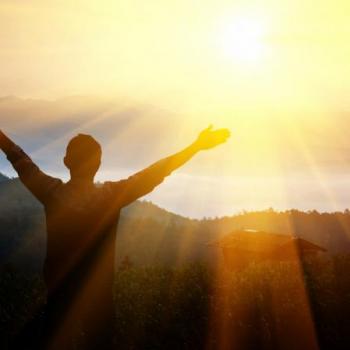 May 16, 2018 This Essay Is the Worst Attempt at Converting Atheists I've Ever Seen
"I must watch it again, I didn't realise the photography was that detailed..."
24CaratHooligan Anti-LGBTQ Official Drops AL Senate Bid After Mistress ..."
"Triggered? I've been launched."
Foxglove Jerry Falwell, Jr. is Urging People ..."
"How much "ground" is there in the "spiritual realm"?Surely, it's infinite.Which means that no matter ..."
Just Bob GOP Conspiracist Lawmaker: Christians Are “Taking ..."
"Hmm... sounds like you've been... TRIGGERED!These conservatives better stop, or we'll file a petition!"
The Jack of Sandwich Jerry Falwell, Jr. is Urging People ..."
Browse Our Archives
What Are Your Thoughts?leave a comment