While Ark Encounter doesn’t release its attendance numbers publicly, there are ways to find that information, and what we’ve learned so far is that the number of people visiting the Creationist theme park in Kentucky is underwhelming at best. For an attraction that has a price tag of $100 million, it’s pretty pathetic that attendance this past January hit a low of 13,250.

But maybe that’s not fair to point out. It’s January. Many kids are in school. It’s cold. We should really be judging Ark Encounter’s attendance in the spring and summer, when more people are likely to visit. Ken Ham himself even said in a blog post this weekend, “thousands of people will be arriving over the spring, summer, and fall on tour buses from across the nation.”

He makes it sound like the place is packed all the time when the weather and schedule cooperate. But a few recent videos on YouTube suggest that thousands is a combined figure, not a daily estimate.

The videos below were made by supporters of the Ark who wanted to document their trip or give it free publicity. In order, they went on a Sunday (May 6), Easter Sunday (April 1), and Thursday (May 3). As you watch them, don’t worry about the sound quality and don’t cringe at how much they love the place. Just be on the lookout for how many other visitors are seen in the footage.

I saw maybe one shot where there were several people in one area. Everything else looks like a ghost town. And these are from fans!

Ham (understandably) hypes up attendance at the Ark like it’s the premier destination for every Christian family within 30242309423 miles. But you know it’s a bad sign when even the people on his side look to be visiting a mostly empty Ark.

(Thanks to Mark for the links) 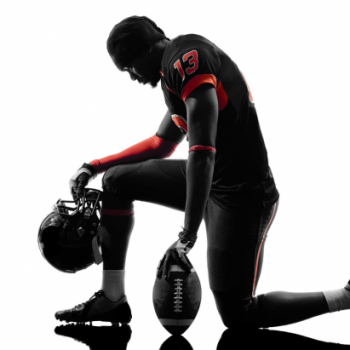 May 16, 2018
11-Year-Old Girl Reprimanded for Taking a Knee During Pledge of Allegiance
Next Post