16 Guards Are Needed to Protect a German Imam Who Fights for Gender Equality May 15, 2018 Terry Firma

Berlin-based Imam Seyran Ateş, 55, has had to get used to the hate mail and the death threats.

She hardly cut a popular figure among Germany’s Muslim population before 2017; as a lawyer, she used to represent victims of domestic abuse and other violence perpetrated by her clients’ conservative-Muslim husbands and brothers. Ateş has a scar on her neck from where a would-be murderer’s bullet hit her years ago.

Then, last year, the Istanbul-born feminist really painted a bull’s-eye on herself when she started the Ibn Rushd-Goethe mosque in the German capital. It’s a place of worship where men and women pray in the same space. Burqas and niqabs are strongly discouraged, headscarves are optional, and women often lead in prayer. LGBT Muslims are welcome and can get even get married at the mosque. 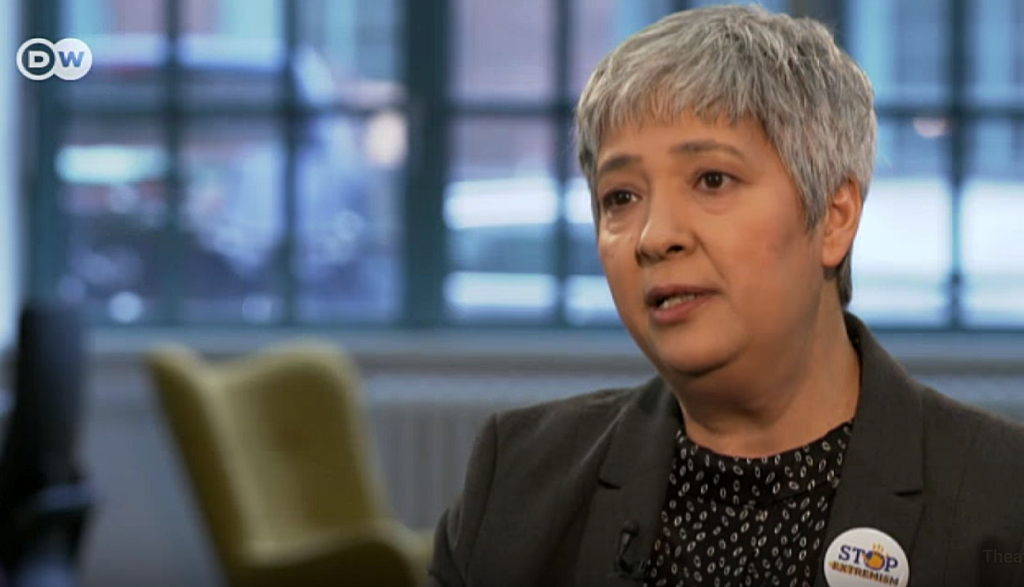 The Dutch daily Trouw, which published an interview with Ateş on Friday, reports that she has a security detail of 16 guards. Everywhere she goes, her armed protectors keep an eye on her, scanning the surroundings for Islamist assassins.

With her liberal religious interpretations of the Qur’an and the Hadith, Ateş unleashed the anger of “millions of Muslims,” according to Trouw. Religious authorities in Turkey and at the Al-Azhar university in Cairo have excoriated her, and virtually every day brings new threats of rape, or murder, or both — often from within the free, secular country where Ateş has lived since she was six.

The hatred she receives only strengthens her conviction that gender equality is vitally important, and worth fighting for.

“It is so liberating to pray together, especially for women. Many feel for the first time what it is like to be fully human, and experience what it is to be respected as such, instead of being reduced to a female and a sex object that men can undress with their eyes, or ignore. By praying together and making gender a non-issue, the focus finally shifts to spirituality instead of sexuality.”

Ateş sees a strong connection between her erstwhile career as an attorney and her current one as an imam, pointing out that she defends constitutional principles in both capacities.

“What’s happening in our Dutch and German mosques is that Muslims pray against principles of equality. The ideology that is bred within the mosque has an effect outside of it. Mosques form the moral guide of the community. The gender segregation, and women’s reduction to sex objects that is the cause of it, influence the mindset of young Muslims. …

I realized that while I defended the constitution in the courts, that same constitution was ignored and invalidated in every mosque. There isn’t a place in Germany where, as a woman, I feel less welcome than in a mosque. So that’s where I had to start.”

I was struck by how much Ateş has in common with Ayaan Hirsi Ali (despite the latter having become an atheist). Both fled patriarchal oppression and arranged marriages. Both settled in the West. Both pulled themselves up by the bootstraps, integrated with keenness, fell in love with enlightenment ideals, thrived academically, and became celebrated for their tireless advocacy on behalf of women (Ateş was named Germany’s Woman of the Year in 2005).

Moreover, both rail eloquently against the insane iniquities that girls and women suffer under Islam even in the West. And both like to point out the dangers posed by the rise of political Islam in Europe; warn against unfettered multiculturalism and unrestricted immigration; and condemn the bigotry of low expectations displayed especially by the regressive Left, whose tolerance of intolerance helps keep Muslimas under the thumb of medieval-minded Islamic men.

Just as meaningfully, both Ateş and Hirsi Ali have fatwas and assorted murder threats hanging perennially over their heads — hard proof, as if we needed it, that Allah doesn’t necessarily bestow morals or actual virtue upon those serving him.

P.S.: On the same day that Trouw published its interview with Ateş, a news report from France 24 revealed what is habitually preached in mosques in neighboring Belgium (but not just there).

Teaching manuals in Gulf Arab-financed mosques in Belgium promote anti-semitic stereotypes of Jews and call for the persecution of homosexuals, according to a leaked Belgian intelligence report.

The texts used in mosques including the Brussels Grand Mosque call for gays to be stoned to death or thrown off buildings …, the report by the OCAM national terrorism monitoring center said. …

The manuals call Jews a “corrupt, evil and treacherous people” and call for “war” on all people who do not follow Sunni Islam.

Out of understandable concern over Islamic radicalism, the Belgian government announced in March that it would not be renewing the lease on Brussels’ Grand Mosque. For the past 50 years, that lease has been held by Saudi Arabia and its controversial Muslim World League.

(Thanks to Daniëlle for the tip. Screenshot via YouTube/Deutsche Welle) 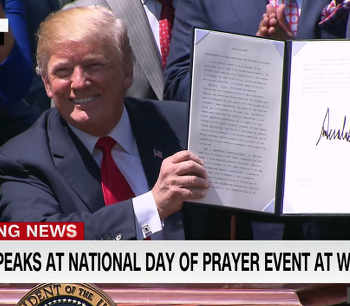 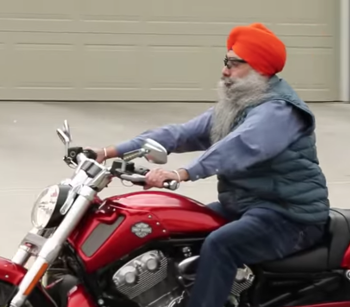 May 15, 2018 In Alberta, Sikhs Can Now Ride Motorcycles Without Helmets (Because of Religion)
Browse Our Archives
What Are Your Thoughts?leave a comment