The Satanic Temple of Santa Cruz (in California) has adopted a local beach courtesy of the “Save Our Shores” program. They’re responsible for cleaning it at least a few times a year, but the group says it plans even more than that. Because that’s what their faith teaches them.

Temple chapter head Sadie Satanas said Save Our Shores, a nonprofit ocean conservation group, was enthusiastic and supportive about the temple’s interest in cleaning the beach.

“There are a lot of misconceptions about Satanism. One of our core beliefs and tenets is that one should strive for compassion and empathy for all creatures in accordance and reason” said Satanas.

“If you’re worried there will be animal sacrifices or other Satanic rituals on the beach members of the chapter members say, you have nothing to fear,” Satanas said.

A local news reporter quoted a very surprised individual visiting Seabright State Beach who was shocked that Satanists were doing such a good thing: “Is this a joke? Really?”

Nope. It’s not a joke. That’s the point. These Satanists are good people, guided by good ethics. And unlike the Ten Commandments, the Satanists don’t waste any of their “seven fundamental tenets” on silly things like not taking Satan’s name in vain. One of the tenets is to “act with compassion and empathy towards all creatures,” and keeping the beach free of debris and litter is a way to care for the creatures in the water.

If you live in the area and you’d like to help out, let the group know.

Their orientation is in early June and the official cleanups will begin shortly after that. 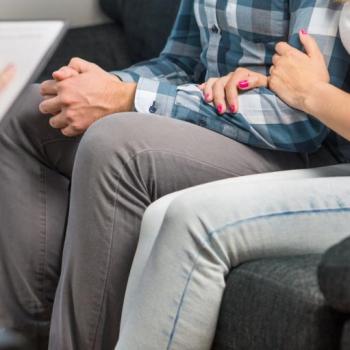 May 12, 2018
Oklahoma Will Let Religious Adoption Agencies Discriminate Against Gay Parents
Next Post

May 12, 2018 This Picture of a Moth is Going Viral Because People Think It's an Angel
Browse Our Archives
What Are Your Thoughts?leave a comment