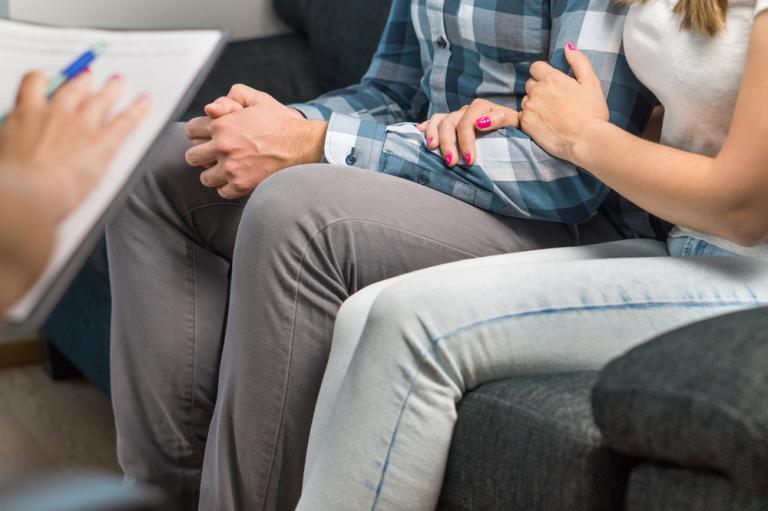 Fallin announced her decision using all kinds of flawed logic:

“SB 1140 allows faith-based agencies that contract with Oklahoma to continue to operate in accordance with their beliefs. In a day and time when diversity is becoming a core value to society because it will lead to more options, we should recognize its value for serving Oklahoma also because it leads to more options for loving homes to serve Oklahoma children. Other states that have declined the protection to faith-based agencies have seen these agencies close their doors, leaving less options for successful placement of children who need loving parents.“

The argument here is that faith-based adoption agencies would rather shut their doors out of spite than place kids in the loving homes of same-sex parents, so they ought to be rewarded for their bigotry with even more state dollars. Fallin treats the discrimination as a boon for the state; if the adoption agencies’ doors remain open, more kids will be adopted. Quantity over quality. Let’s celebrate Christian hate.

Naturally, the hateful piece of legislation was supported by Catholic bishops and the Baptist General Convention of Oklahoma since both groups oppose civil rights for LGBTQ people.

“We are grateful for Gov. Fallin’s support of religious liberty in Oklahoma,” said the Most Rev. Paul S. Coakley, Archbishop of Oklahoma City, and the Most Rev. David Konderla, Bishop of Tulsa. “The new law will bring more adoption services to the state and allow crucial faith-based agencies to continue their decades-long tradition of caring for Oklahoma’s most vulnerable children.“

Civil rights groups in the state say they’ll fight the legislation in the courts. I hope they win. Oklahoma ought to save the money it gives to religious adoption agencies and use it to support those that don’t discriminate against potential parents on the basis of sexual orientation, gender identity, or religious beliefs. (Corporations can also fight back by refusing to expand or relocate in any state, like Oklahoma, that sanctions discrimination.)

Bigotry’s not going to end on its own, certainly not when religious groups use their money and power to promote it. It’s up to government, in instances like these, to take the ethical approach until religion, as it often does, catches up to the rest of society on matters of human decency. Instead, Fallin caved in to the Republican Party and its conservative base.

Who knew Jesus wanted to see kids suffer rather than live with people who didn’t fit a traditional Christian mold?

Hate is alive and well in Oklahoma. And the parade is being led by religious groups who think they’re doing kids a favor by discriminating against the people who want nothing more than to welcome those children in their homes.

A similar bill in Kansas awaits the governor’s signature there.

“Religious freedom is a fundamental American value. So is protecting our children. Senate Bill 1140 violates both of these core principles. Religion should never be used as an excuse to discriminate or cause harm to others, but this law gives taxpayer-funded child welfare agencies the authority to do just that.

“Kids in care deserve loving, stable homes, and that should be Oklahoma’s first priority. Yet with this law, state-funded agencies could deny children these homes by turning away prospective parents because they’re a same-sex couple, interfaith, previously divorced or the ‘wrong religion.’ Letting taxpayer-funded agencies ignore the best interests of children in their care is indefensible.

“The governor’s decision turns a blind eye to the potential harm to the state’s reputation, which helped to prompt the defeat of similar legislation in Georgia earlier this year. It also ignores more than 100 local faith leaders, organizations and congregations, along with national religious organizations, that called for the governor to veto the bill​.

AU called on Kansas Gov. Jeff Colyer, a Republican, to veto the bill in his state. Good luck with that one. 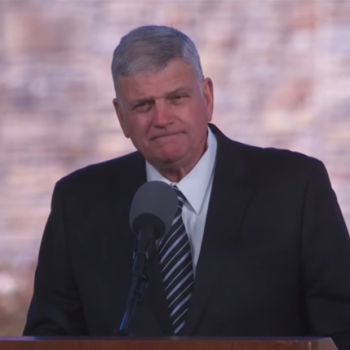 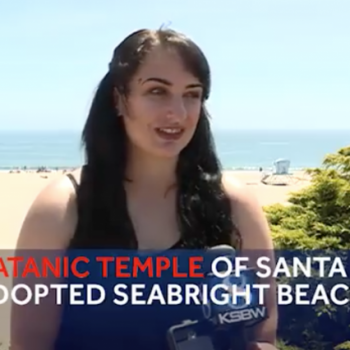 May 12, 2018 Satanists Adopt Beach in Santa Cruz, Because They're Good Ethical People
"One of the Associates at my locals Vans store bought Stephen King masks from Etsy."
NOGODZ20 School’s Mask Mandate is a “Satanic Ritual,” ..."
"Ivermectin works by attacking the nervous system of the parasites, yet covidiots think that it ..."
Akira625 GOP Activist Who Compared Mask Mandates ..."
"I know a situation like this would be somewhere between heretical and inconceivable to Tim ..."
RobbiesDad Tim Barton: A New Dad Just ..."
"As has been pointed out to me by a learned Jew; traditionally for Judaism no ..."
Steampunk Gentleman School’s Mask Mandate is a “Satanic Ritual,” ..."
Browse Our Archives
What Are Your Thoughts?leave a comment