By now, we already know that Paige Patterson, president of the Southwestern Baptist Theological Seminary, has archaic and dangerous advice for women in abusive marriages. He wants them to stay and pray; divorce is never an option. While a recent “apology” condemned “any form of abuse,” Patterson never explicitly said his old advice was wrong. (Nor did he apologize for the sexually suggestive language he used when talking about an underage girl.)

In all of that, Patterson was never accused of doing anything hurtful to women himself — though he arguably facilitated it with his advice on abuse — but now we’re hearing about the way he treated a female professor at his school.

Dr. Sheri Klouda, a professor of Hebrew at the seminary from 2002-2006, shares her story on the Istoria Ministries Blog.

The gist of it is that she was hired before Patterson became president, but once their paths crossed in 2003, he was determined to get rid of her because she wouldn’t stay within the bounds of women’s ministry-related coursework. He seemed to go out of his way to prevent Klouda from receiving any deserved recognition for her academic contributions:

When I finally received the news that I was officially part of the faculty, I was overwhelmed with gratitude to be part of the School of Theology. I was told by my mentors that “I had no time for rejoicing” and that I should avoid all media contact. I should stay below the radar, fail to answer the phone, and make no public comment.

My new colleague Terri Stovall, who already had an established relationship with the Pattersons, made a formal statement to the press. Later that evening, I received a call from Dr. Craig Blaising, officially informing me of the Board’s decision. However, he made very clear that I would be limited to teaching only language-related courses. In the end, this meant that I could teach Biblical Hebrew and Cognate Languages, and Hebrew Exegesis, but no courses in English Bible or Hermeneutics.

… what I did not find out until later was that, with my election to the faculty, all adjunct women instructors in the School of Theology were no longer permitted to teach. The Southwestern Seminary Board of Trustees though hesitant, I assume, did not find that hiring me to teach in the School of Theology contradicted the Baptist Faith and Message 2000, and thus, my hiring did not go against mainstream Baptist religious belief. Yet, other women suffered as a result of my hiring, and I felt tremendously guilty about it.

Those who knew me well also knew that I did not have a chip on my shoulder, that I was too busy trying to excel as an academician and a teacher to think about, respond, or be concerned with my gender and what that meant in my environment. I never felt I had anything to prove. I only wanted to be known for my expertise in the field, known as a good professor, not identified as the “woman” Hebrew professor.

Klouda goes on to describe how she was forbidden from offering any kind of counsel, even to other women, lest they be inspired to follow her lead and seek an academic teaching position. She would later learn that Patterson attempted to block her from being hired in the first place. Colleagues tipped her off that Patterson was planting students in her class to record anything she said that could be used to get her fired.

The role of Hebrew professor may not seem like a huge deal to most people, but apparently for Patterson, it was a step too far. Within months, despite her best efforts to keep a low profile, Klouda was called into the Academic Dean’s office and informed that Patterson wanted her to seek new employment as soon as possible. (She later filed a lawsuit against the seminary, but a judge sided with the school.)

In short, it’s not at all shocking that a man who believes women shouldn’t divorce their abusive husbands also has trouble viewing women as professors on par with men. He apparently went out of his way to hurt them — professionally and emotionally, if not physically. 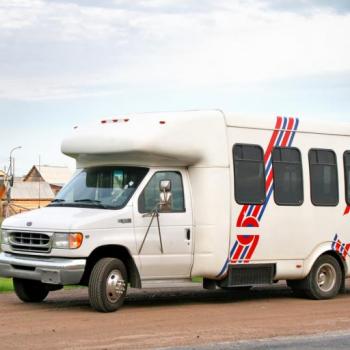 May 12, 2018
Churches Are Letting Jesus Take the Wheel by Using Vans They Know Are Dangerous
Next Post 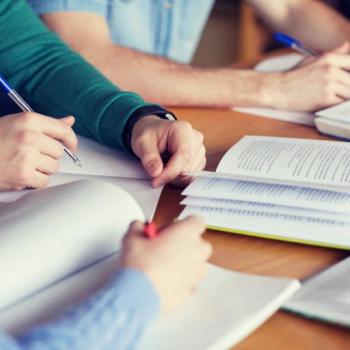