Churches Are Letting Jesus Take the Wheel by Using Vans They Know Are Dangerous May 12, 2018 David Gee

Have you ever seen a large van with a giant church logo on the side, carrying dozens of people? These things are basically everywhere, so I’m betting that the answer is yes. 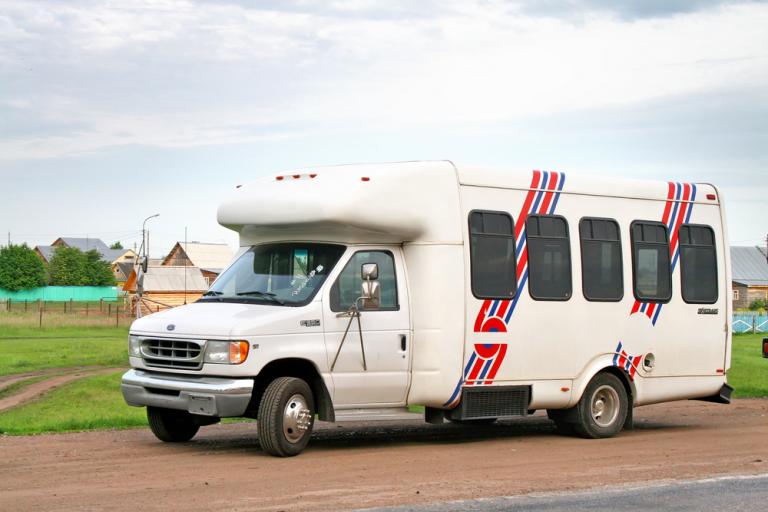 If you have seen one, there’s a good chance that it’s a Ford E350, one of the specific models that has been fatal for many passengers. About 600 people have been killed in single-vehicle rollovers involving these 15-passenger vans since safety warnings were issued 17 years ago, according to the Courier Journal.

Federal officials have issued repeated safety warnings to carmakers and the public. Some insurance companies refuse to cover them. A major religious denomination advises member churches to avoid them. And at least 28 states prohibit public schools from using them to transport students.

Yet many churches around the country still use the old vans to haul kids to swimming pools, take parishioners to services or deliver members to conferences and revival meetings.

It’s good that at least one major religious group has warned its member churches, but this is a van that is still found all over the roads in the United States — and they’re almost exclusively operated by churches. That’s because, while schools and other groups have listened to the government’s warnings, churches don’t seem to have the same concerns. (Perhaps they think letting Jesus take the wheel is better than insurance or warnings…)

Churches once used old school buses, but they cost more to operate and the churches couldn’t find parishioners with commercial licenses. This dangerous van was apparently considered a viable alternative.

“The law and the insurance company got really hard on the larger buses,” Roberts said. “To keep everything proper, we did away with all of our older buses and went with the vans.”

All they did was trade one danger for another.

How do we know the vans are dangerous? Well, studies and court cases have shown that they are more likely to flip when filled to capacity, and in the case of a rollover, passengers in these vehicles are at a greater risk than those not in a 15-person van.

How can churches get away with this?

Few states require extra rules. Out of 25 states that responded to a Courier Journal survey, only California requires a commercial license to drive a 15-passenger church van.

“I think the data show it’s a problem,” Reese said. “But it’s a church-versus-state issue.”

If the government started regulating churches like commercial businesses, religious leaders “are going to start making phone calls to politicians,” he said. “It really is a safety issue that becomes a really political hot potato.”

They’re exempt from inspections and driver safety rules. The protection of passengers’ lives are off-limits here because of “religious freedom.” It’s not a far cry from how some states, like Idaho and Oregon, let parents off the hook for faith-based medical neglect. Their children suffer from a treatable disease, but the parents won’t take them to a medical professional because it violates their faith, and they avoid jail time.

The point is: Faith should never be considered a replacement for health and safety.

Regulating these vehicles isn’t the same thing as the state interfering with churches. But these churches are putting the lives of their congregation members at risk by not listening to advice from government experts.

May 12, 2018
Atheists Are Pushing Back Against Mississippi's "In God We Trust" License Plates
Next Post

May 12, 2018 Female Professor Who Says Southern Baptist Leader Fired Her Tells Her Story
Browse Our Archives
What Are Your Thoughts?leave a comment