For Evangelical Women, Getting a Divorce Often Means Taking All the Blame May 10, 2018 Beth Stoneburner

For Evangelical Women, Getting a Divorce Often Means Taking All the Blame

Hännah Ettinger (a former contributor to this site) recently published a vulnerable, yet powerful article in the Washington Post about how traumatic it is to pursue a divorce when you’re an evangelical Christian: 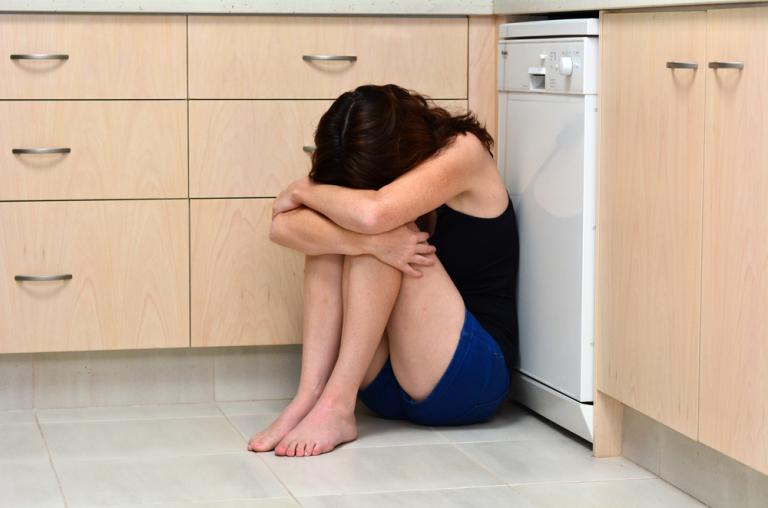 Alone in my tiny rented bedroom in the D.C. suburbs, I sat down and wrote my father an email with my news. I was afraid of his response if I told him in person or on the phone, so an email felt safest. My father had been against this marriage from the beginning, had resisted my growing independence from his authority, and now, here I was, committing an unimaginable act and tarnishing myself forever. There was no going back from this; divorce was a sin.

My father’s response was brief and to the point. I read it, shaking: What is your theology of divorce?

There was no overture of support, no anger, no emotion. Just a question about my faith, my theology, as if I had a choice, as if I had made this decision based on what I believed as a Christian. I shut my computer and cried.

In this world, theology trumps family, not to mention basic empathy. Everything is black and white, with no nuance allowed. In Ettinger’s case, the marriage was emotionally unhealthy for multiple reasons; she was never physically abused. Still, she acknowledges that even if she were, no amount of suffering would be enough to prove that divorce is not only permissible, but necessary at times. (She references the controversy surrounding Southern Baptist leader Paige Patterson, who once told a woman to stay in an abusive relationship and pray about it.)

I wasn’t going to be the woman trying to prove the weight of her suffering to a male authority. I knew that even if I tried to resist the divorce and fought my husband to stay, it would only end in toxic exchanges and animosity, and that nothing I could ever do would prove to my father that I had tried hard enough to make it work.

A woman in a complementarian church can never tell enough of her suffering to prove that she didn’t deserve the treatment she receives. The woman in 2000 followed Patterson’s advice and ended up with two black eyes. She came up to him on a Sunday, showed him her bruises: “I hope you’re happy,” she said. “Yes,” he said, “I’m very happy” — because her husband had come to church with her.

Until churches choose to believe that the suffering of victims of abuse in their communities is more important than their theology, they will continue to preach a false gospel that claims to offer support and love and instead reinforces power differentials that privilege abusers over their victims.

There is very little distinction between complementarian theology and patriarchy. They both seek to keep women in line, obedient to the point that it endangers their lives. Worse, the women are viewed as failures if they get hurt or killed because they weren’t submissive enough to change their husbands’ behavior.

Many Christian women have been sharing stories like these for a long time. Maybe we’re finally at the point where more Christian men will finally listen.

May 10, 2018
Southern Baptist Leader Issues Pathetic Apology to Women for His Awful Advice
Next Post 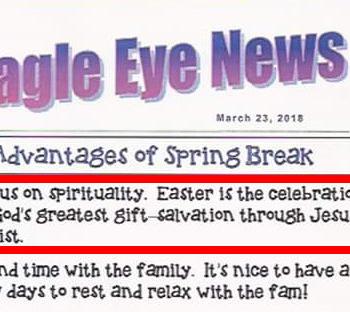 May 10, 2018 IL Elementary School Principal Promotes Christianity in Flyers to Staff
Browse Our Archives
What Are Your Thoughts?leave a comment