Are Religious People More Likely to Return a Wallet? This YouTuber Found Out. May 10, 2018 Terry Firma

Are Religious People More Likely to Return a Wallet? This YouTuber Found Out.

YouTuber Mark Rober lost his wallet a few weeks ago. As the days ticked by and no one came forward, he got irritated, thinking “What kind of person doesn’t return a wallet?” Then, inspiration struck, and he decided to find out.

Rober bought 200 wallets and stuffed them with a small amount of cash and identical personal effects — including an ultrasound picture with “it’s a boy” written on it, and an “if found” card with a phone number.

He mailed a batch of 10 wallets to each of 20 online friends across North America who’d volunteered to help him with the experiment. They dropped the billfolds in public all over their respective towns. If the finder called, they’d thank that person and ask him or her eight questions, such as age, what neighborhood they live in (to draw inferences about socio-economic status), and

… if they were religious or not.

Two-thirds of the wallets were returned, so Rober and his posse, in theory, got data on 133 people who called (the real number is lower because not everyone agreed to answer questions).

There were two cities with a 100-percent return rate: Chicago and Salt Lake City. Says Rober:

Before you chalk Salt Lake City up to those gosh-darn super nice Mormons, … of the eight people we were able to interview, only three said they were religious, and only one [of those three] attended church.

Another strong finisher was Las Vegas, a.k.a. Sin City. Though supposedly a godless place, eight of the 10 billfolds dropped there were given back to their owners.

In all, about 40 percent of people who called to report they’d found a wallet said they were not religious. According to various surveys, a little over 20 percent of the American populace is atheist, agnostic, or nothing in particular, so the high percentage of wallets returned by the irreligious appears to reflect well on that group.

Rober, however, is cautious. The 40 percent, he says,

… is close enough to the average for a large city that it’s fair to say that whether or not a person was religious seemed to have no outcome on their honesty, according to our data.

Fair enough, although four of the 20 chosen municipalities were in fact small towns. (Making assumptions about religiosity based on how many people live in a particular locality is of course fraught with risk either way.)

The data set in the experiment is small. Rober never says exactly how small; I suppose finders who answered the questions could number less than a hundred.

The variables are considerable too. I wonder, for instance, whether as many of the wallets would’ve been returned if they’d contained a thousand bucks rather than a relative pittance.

For those reasons, there are no scientifically valid conclusions to be had from this interesting little project. Still, the news seems encouraging overall. Based on Rober’s venture, should you lose a wallet that contains your phone number, chances are good that a kind person will find it and return it to you. 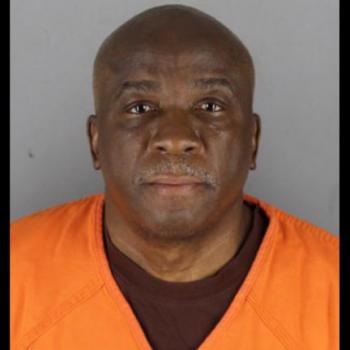 May 10, 2018
Pastor Charged with Sexually Abusing Woman and Saying It Was Spiritual Guidance
Next Post