A Man Claiming to be Jesus Strangled a Muslim Delivery Woman with Her Head Scarf May 9, 2018 David Gee

A Muslim food delivery woman was strangled by her own niqab, a traditional Muslim head dress symbolizing modesty, by a man claiming to be Jesus. 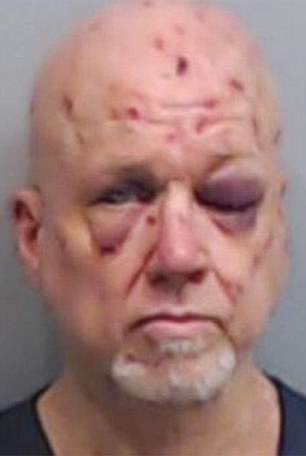 Sonya King was delivering food for DoorDash in Atlanta when a 54-year-old man told her to come inside and leave it on the counter. When he went to tip her, he said he was “Jesus.” Then, in a dramatic and violent turn, he grabbed her from behind and tried to choke her with her niqab.

King said the man “seemed normal” at first and that “anybody would have went in,” according to a local news report.

She kept walking to the door when she said she felt him come from behind and grab her head scarf.

“He’s grabbing me and trying to choke me with my own niqab. I kept telling that man I’ve got kids. In the midst of me fighting him, he’s grabbing my head,” King said. “He thought he was Jesus, but Jesus wouldn’t do that to nobody.”

She used her finger to poke his eye and her car keys to fight back.

“In the midst of me stabbing this man, he’s saying, ‘Aw this feels good,’” King said.

King ultimately freed herself and called 911. The police arrived and arrested Jesus, also known as Rick Painter, and then allowed the medics to treat him for the wounds sustained while King was defending herself.

WSB-TV in Atlanta also discovered that Painter has been in jail before on other violent charges.

It’s not entirely surprising that an already violent offender could hurt or even kill someone based on his faith. But the same religious gratitude is coming from King as well.

Meanwhile, King said her faith is the reason she made it home to her husband and four children.

“By the love of Allah, I knew he was not going to allow that man to kill a believer,” the woman said.

I’m glad she’s okay, but if Allah (or God) exists, let’s be honest: He lets people kill believers all the time. Crediting her religion for her survival ignores the fact that she fought hard against this man and God did nothing to prevent the attack. Religion, if anything, caused this mess — or at least contributed to it — but it was her ability to claw back that kept him from hurting her even further.

We still don’t know what, if any, mental illness the man suffers from or if he was waging some personal religious war against an innocent woman. I hope he gets the treatment or rehabilitation he needs before there’s another potential victim. 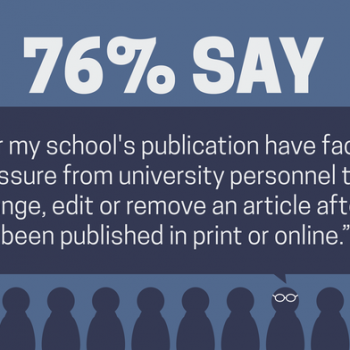 May 9, 2018
At Christian Colleges, Many Student Journalists Have to Deal With Censorship
Next Post 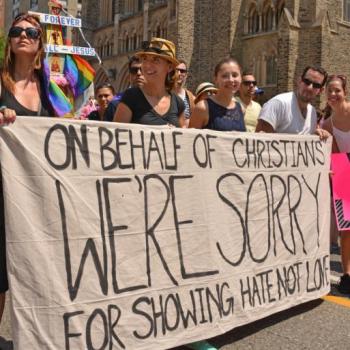 May 9, 2018 Students at Christian Schools Are Pushing Back Against Anti-LGBTQ Bigotry
Browse Our Archives
What Are Your Thoughts?leave a comment