Last week, a preacher named Michael Webber, from Truth & Triumph Ministries, caused a stampede in a dark cineplex in California when he jumped up during the end credits and began ranting loudly about Jesus and heaven. The police responded in force after an emergency call claimed falsely that multiple shots had been fired. No one died when cops burst onto the scene, but several people had already been injured trying to escape in a panic. I wrote about it here.

Webber, pictured here with his wife, isn’t the least bit embarrassed by his illicit act of disturbing the peace (he got charged with a misdemeanor), and he claims that, really, he’s the victim. Yesterday, the Christian Post gave him ample space to explain himself unopposed. 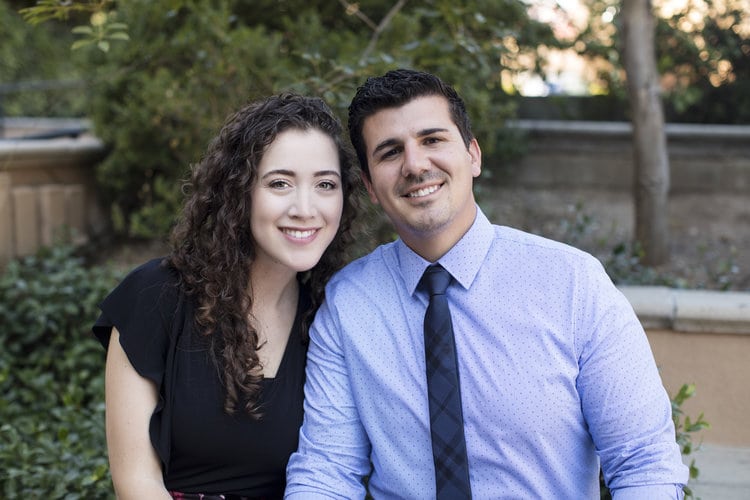 As the end credits started, I stood up from my seat and began to preach. I have a script that I follow when I preach in crowds to make sure my message is concise, consistent with Scripture, and to ensure that I am clear in my language so that my intentions are not misunderstood.

My exact words were: “I want to let everyone here know that God loves you, and that He has a wonderful plan for your life. If there is anyone here who is unsure as to whether they would spend eternity in Heaven? I have good news!”

Webber still doesn’t get why people were pissed, even though it really shouldn’t be hard to grasp.

For starters, no matter the message, a movie theater is an absolutely awful place to loudly sell anything at all (unbidden, no less). I would feel the same way if Webber, instead of peddling snake oil from the Bible, had been declaiming from Harry Potter or God Is Not Great. Such an act is massively disrespectful to a captive audience that, after all, didn’t pay perfectly good money to hear any noisy moralizing from other patrons, even during closing credits (which I actually watch frequently to scan for familiar names, catch visual jokes, enjoy possible blooper footage, etc).

Secondly, with mass shootings dominating the news of late, and the Aurora cinema massacre still a relatively fresh memory, it’s reasonable that the initial alarm Webber raised among his fellow moviegoers was because there suddenly was a ranting man in their midst. Not in a church, not in a subway station, not on a street corner — in a dark theater. And it’s pretty damn predictable that when that person starts yelling about the afterlife and eternity (witnesses say Webber even used the phrase “If you were to die tonight”), nerves will fray more.

Now the preacher’s upset, he tells the Christian Post, because patrons at the theater engaged in

So when Webber shouts, that’s OK; but when other people shout back, it’s an outrage.

To Webber, the hostile crowd reaction is evidence of how Christianity has slipped in the public esteem. That some of this downward slide might be due to pests like himself, he obviously declines to consider.

The common thread I hear from people who disagreed with what I did is that it wasn’t the right “time and place” to stand up and preach. Christians need to realize that if we don’t stand up now, there won’t be any “times or places” left. There was a period of time in America where standing up to preach the Gospel would’ve been met with applause. But even in past times when I’ve preached, the message has been met with cursing, objects being thrown, and so on. …

Many people have said to leave the preaching for the pulpit. But, for one thing, the freedom of the pulpit is being infringed upon as we speak.

And for another, not everyone attends church on Sunday. But every person should hear the Gospel of God’s love as expressed through the sacrifice of Jesus Christ.

The chutzpah just blows my mind. If you choose not to go to church on Sunday, people like Webber believe you must hear their same old message regardless. And not only that: they think they have the absolute right to aurally assail you with it wherever you congregate with others (except, perhaps, in the privacy of your own home). Oh, and when they do, they expect nothing less than your applause.

Why would aggressive evangelizing stop at movie theaters if the Webbers of the world see nothing wrong with the practice? How long before we’ll hear loud, endless exhortations to “get right with Jesus” in trains, planes, buses, bars, restaurants, swimming pools, gyms, sports arenas, concert halls, and stores?

P.S.: I’ve actually defended street preachers against free-speech encroachments by the state and by others. I stand by those pieces, but Webber doesn’t deserve to be shielded by the considerations I laid out in them. That’s because he preaches uninvited on private property (the theater doesn’t belong to him); and because he does so to a captive crowd that has paid for divertissement of an entirely different nature. 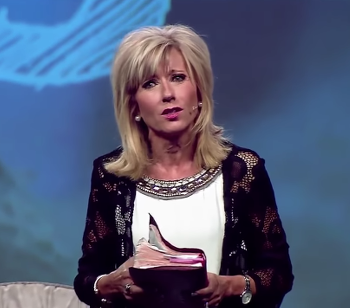 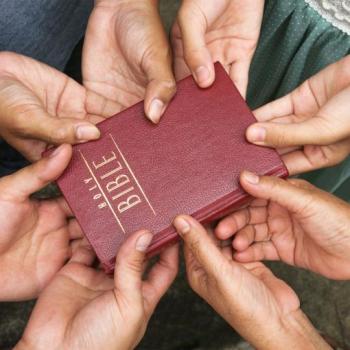 May 8, 2018 OH Lawyer: No "Special Effort" Needed to Find Non-Christian Invocation Speakers
"Similarly, Bill The Pedophile Protector Donohue claims that it was not wrong for the Inquisition ..."
ken2653 Pelosi: I’m a “Devout Catholic,” But ..."
"These blasphemy laws exist to keep people like Ms. Bibi scared, helpless and unable to ..."
BeaverTales II - ✓ᵛᵉʳᶦᶠᶦᵉᵈ Asia Bibi Avoided Execution for Blasphemy, ..."
""imaginary fiends". Nice Freudian slip."
ken2653 Pelosi: I’m a “Devout Catholic,” But ..."
"I had a few seconds’ schadenfreude before I remembered that, oh yeah, 99.9% of right-wingers ..."
Juniper Iowa’s GOP Eliminated a Family Planning ..."
Browse Our Archives
What Are Your Thoughts?leave a comment