In 2016, Erica Jenkins made a mistake she readily accepts responsibility for: She parked in a handicapped space because there were no other spots available and she really had to go to the bathroom. As she ran into her dorm in Searcy, Arkansas, she heard a man calling her out for what she did — saying she didn’t look handicapped and shouldn’t have parked there.

When she returned to her car, she was shocked to see someone had keyed it, leaving a giant scratch on the side.

Naturally, Jenkins figured it was that guy — and surveillance footage later seemed to confirm that.

The man who allegedly keyed her car? According to police, the man in the video is Dennis McCarty, a Pastor at Pyburn Street Church of Christ in Pocahontas.

“You can be a Christian and preach the word of God and do something like this — it’s very surprising to me,” says Jenkins.

McCarty said there are two sides to every story and he’ll have his day in court soon.

Hard to imagine what alibi he’ll have when he was ID’ed as the guy in the video and the car damage (costing over $1,000 to fix) wasn’t there before he started yelling at her. If he did it, I can’t wait to hear what Bible verse he uses to justify his crime.

(Screenshot via YouTube. Thanks to Bryan for the link) 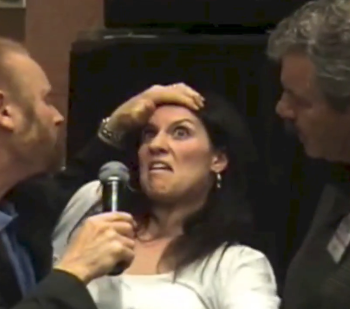 May 6, 2018
This Disturbing Remix of Televangelists and Preachers Will Make Your Head Spin
Next Post 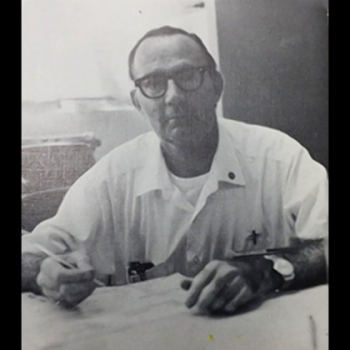