93-Year-Old Man Foolishly Thinks His Petition Will “Put Prayer Back in Schools” May 5, 2018 Hemant Mehta

Clyde Easter, a World War II veteran, has wasted the last 11 years of his life.

In 2006, he was invited to a Veterans Day program at a public school in Virginia, but threw a hissy fit when he was told he couldn’t say an opening prayer at the event. From that moment onward, he began collecting signatures with the intention of putting prayer back in school.

But since prayer is already allowed in school, I don’t know what the hell he thinks his petition will accomplish. The whole point of our civil rights is that they can’t be overturned just because a bunch of angry ignorant people don’t like it. 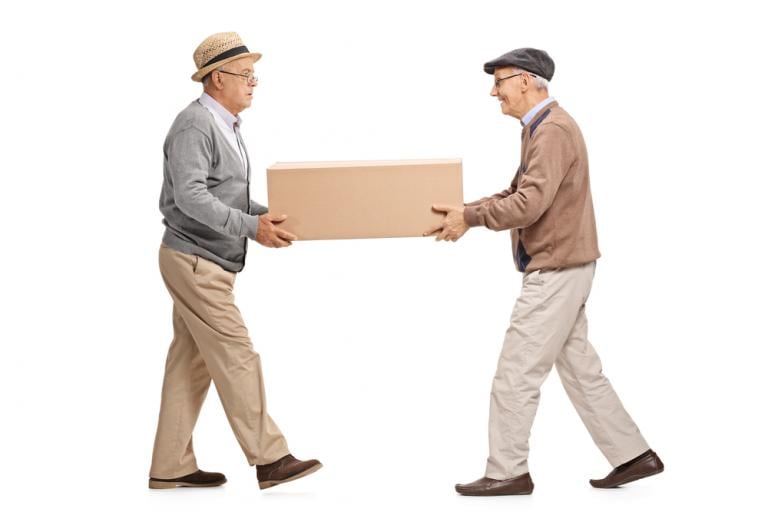 The fruits of his effort, 42,084 signatures, were contained in one heavy box and given to Congressman Morgan Griffith on Thursday in Galax. Griffith said he hoped to have the petition delivered directly to the Supreme Court, which would put it there in about a week’s time. Due to certain security measures though at the nation’s highest court, he said it could possibly take two-to-four weeks.

“This is the largest amount of signatures I have ever received and we are happy to facilitate getting it to the Supreme Court,” Griffith said at the Crossroads Institute in Galax, where he met Easter after attending a meeting on the opioid crisis.

I’ll save you time: The Supreme Court doesn’t give a shit about your petition. You should burn them on a cold day and bring along some graham crackers, chocolate, and marshmallows. At least you’ll get a reward that way.

Why does Easter think this petition will have any effect?

Easter said one person, Madalyn O’Hair, was responsible for getting prayer taken out of school, so he feels like one person could get it put back.

How often do Christians perpetuate that myth? Besides the fact that O’Hair wasn’t the only plaintiff, she didn’t get prayer taken out of school. Kids can still pray! They can gather for Bible clubs after school. They can organize prayer circles before football games. Teachers can pray to themselves before classes begin. They can read the Bible when they’re not teaching.

Forced prayers are not allowed. Teachers and administrators and coaches can’t pressure kids into praying. That’s it. That’s always been it. If schools made kids recite verses from the Qur’an every morning, maybe this would be more obvious. But Easter refuses to listen to reason.

So I guess he can collect his signatures and give them to whatever judges or politicians he wants. But they’re just gonna throw them away. The collective ignorance of thousands of people isn’t how laws are made or overturned.

What a huge waste of time. 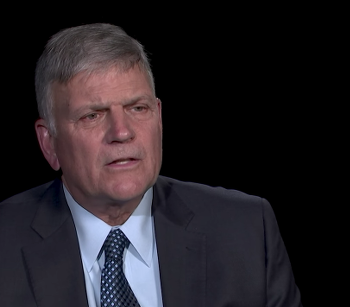 May 5, 2018
Franklin Graham: Trump's Affair with Stormy Daniels is "Nobody's Business"
Next Post 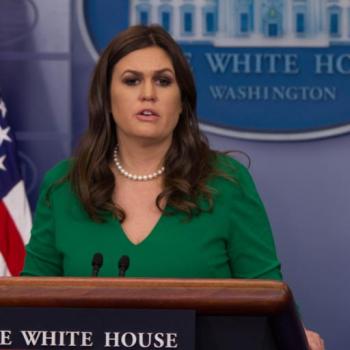 May 5, 2018 This Christian Pastor Has Some Scathing Words for Sarah Huckabee Sanders
"Hate blinds you more than mas-tür-bating, if only they would get that."
CorporalKlinger Rick Wiles: A “Satanic Zionist Power” ..."
"Sorry, Jesus was White Jewish, Caucasian Jewish. Didn't you know?"
Foxglove Rick Wiles: A “Satanic Zionist Power” ..."
"I'm now hearing it's $40 million."
alverant Liberty University Just Sued Jerry Falwell, ..."
"When it's through with its errand...I'd like to have a word with it...."
starskeptic Everything Wrong With Exodus 1 in ..."
Browse Our Archives
What Are Your Thoughts?leave a comment