The U.S. House chaplain is staying in his position after a very public feud with Speaker Paul Ryan, who said last month that Rev. Pat Conroy was voluntarily retiring. 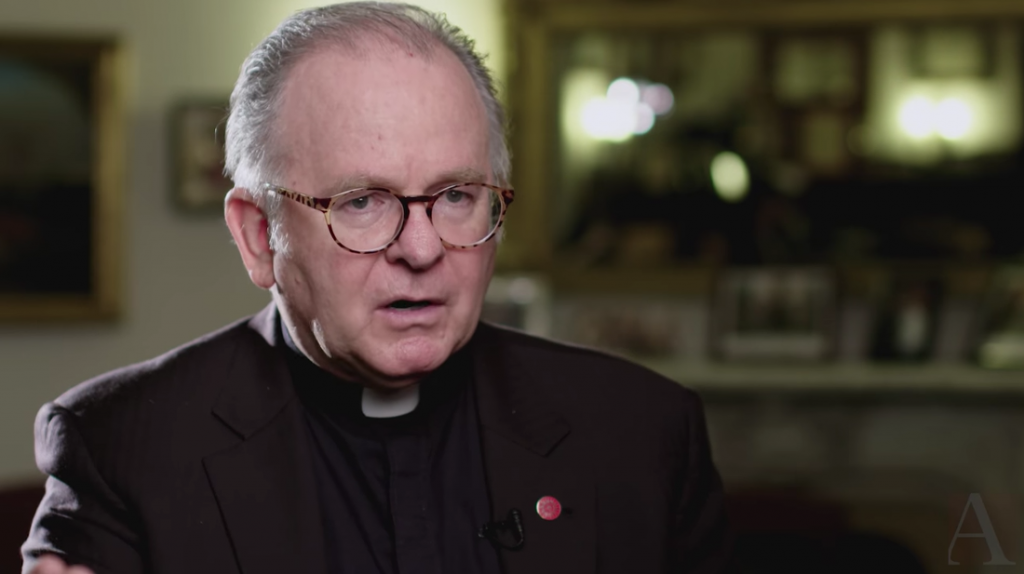 Conroy pushed back after Ryan dismissed him, saying it wasn’t voluntary at all, but that he would offer up his resignation nonetheless. From then on, speculation swirled about the potential reasons for Conroy’s dismissal, with officials citing everything from political differences on the GOP tax bill to his decision to invite a Muslim to deliver an invocation prayer.

Conroy suggested yesterday that his Catholic faith contributed to his attempted termination in a stunning letter to Ryan rescinding his resignation.

“I have never been disciplined, nor reprimanded, nor have I ever heard a complaint about my ministry during my time as House Chaplain,” Father Conroy wrote.

Complaining that Mr. Ryan never spoke to him in person, he also raised his Catholicism. When Mr. Ryan’s chief of staff, Jonathan Burks, informed him that the speaker was asking for his letter of resignation, Father Conroy wrote, “I inquired as to whether or not it was ‘for cause,’ and Mr. Burks mentioned dismissively something like, “Maybe it’s time that we had a chaplain that wasn’t a Catholic.”

Of course, Ryan denied the allegations.

“My original decision was made in what I believed to be the best interest of this institution,” he said. “To be clear, that decision was based on my duty to ensure that the House has the kind of pastoral services that it deserves.”

It’s not that Conroy was without fault. He was previously the subject of a lawsuit after rejecting atheist Dan Barker’s request to deliver an invocation. But that reason never seemed to come up in all the discussions of why he was fired. It’s not like Paul Ryan was acting in defense of the non-religious.

We may never know the real reason Conroy was dismissed, but at least for now, he’s back.

While this controversy continues, it’ll be interesting to see if evangelicals side with the Republican Congress that has given them gift after political gift or the chaplain who’s… a chaplain. 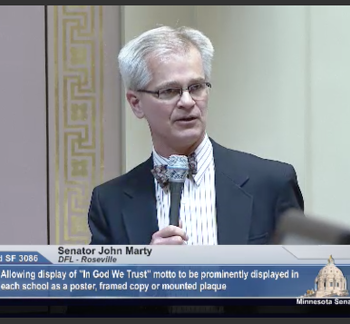 May 4, 2018
Watch This MN Legislator Explain Why “In God We Trust” Doesn't Belong in Schools
Next Post 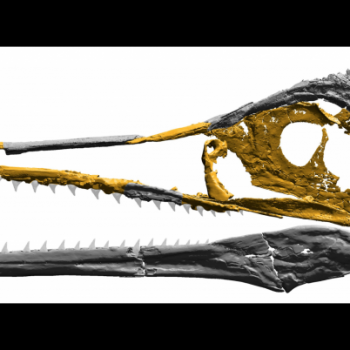 May 4, 2018 Creationists Quickly Dismiss New Fossil Evidence of Modern Bird Evolution
Browse Our Archives
What Are Your Thoughts?leave a comment