Trump’s New Faith-Based Office Is Another Chance to Reward the Religious Right May 3, 2018 Hemant Mehta

While even President Obama had a version of this office catering to religious Americans, Trump’s is radically different and will likely give more power to evangelical Christians.

The Freedom From Religion Foundation explains some of the concerns with this order:

Even his signing ceremony included a lie, which is hardly surprising given what we’ve now come to expect from Trump and white evangelicals.

During his speech in the Rose Garden promoting the National Day of Prayer and touting this order, Trump said, “Last year on this day, I took executive action to prevent the Johnson Amendment — a disaster — from interfering with our First Amendment rights. I was so proud of that.”

I don’t know why he’s so proud of it considering even evangelical leaders admitted that day his order didn’t rescind the Johnson Amendment. An attempt by Republicans to stick the repeal in their tax bill was a failure, too, since including it would have placed the whole bill outside the scope of reconciliation.

Other groups have weighed in with their disappointment of this order. American Atheists said this new office would “further undermine religious freedom and pour even more taxpayer money into religious groups that are free to discriminate, have little accountability and zero transparency.”

“The separation of religion and government has never been under greater attack,” said Alison Gill, Legal & Policy Director of American Atheists. “This executive order would permit religious groups receiving taxpayer money to offer public services steeped in religion without providing opt-outs or referrals to alternative providers. Americans should not have to wade through religious messages and proselytizing in order to access essential government services.”

“The new initiative will channel ever more federal money into churches aligned with the President, ostensibly for public services, but far too often used for proselytizing and religious activity,” said Ed Buckner, Interim Executive Director of American Atheists. “Our nation’s Founders believed that it was unjust and tyrannical to tax all to fund the religious beliefs and practices of a few. Mr. Trump should spend less time watching cable news and more time reading the plain language of the Constitution.”

The Secular Coalition for America could read between the lines of this order:

“The true purpose of this initiative is to assure evangelicals and the leaders of the religious right that the White House remains committed to enacting their agenda,” said Larry T. Decker, Executive Director of the Secular Coalition for America. “Given the Trump Administration’s track record and their political dependence on evangelical voters, there is no reason to think this office will do anything more than rubber stamp policies that elevate religious belief above the law. Evangelicals and the leaders of the religious right already had a seat at the table in Trump’s White House. All this executive order does is upgrade them to an office.”

“If the White House is determined to go ahead with this initiative, they should follow the example set by the previous Administration and strive to ensure that Americans of all faiths and no faith are represented,” said Decker. “Most Americans, including most people of faith, oppose the discriminatory and divisive policies that the Trump Administration has enacted on behalf of the religious right. Should the President ever decide to abandon the religious right’s crusade, the Secular Coalition for America and the secular community as a whole have plenty of policy suggestions for how the White House can defend the constitutional freedom of, and from, religion.“

There are still many details to be filled in. Who will run this new office? Who will be part of the advisory board for it? Will there be any outreach to non-Christians?

We’ll know those answers in the coming weeks, but based on what Trump’s administration has done so far, evangelicals are the one group of people who won’t leave his side and he’s rewarding them mightily for it. I’d be shocked if any member of a minority faith, much less an atheist, gets any decision-making power here.

This will just be an office dedicated to figuring out how evangelicals can discriminate against the groups they hate. 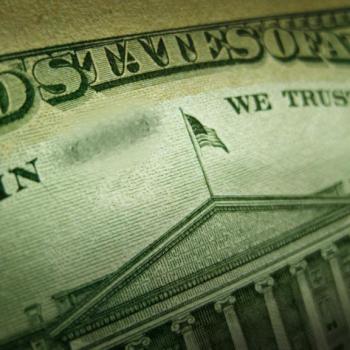 May 3, 2018
Even in New York City, There Are No Open Atheists in Elected Office
Next Post 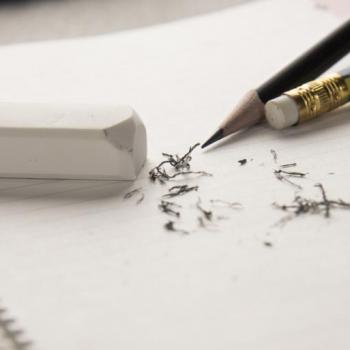 May 3, 2018 Focus on the Family Blogger Says "Maturity Matters" (But Fails to Mention Trump)
Browse Our Archives
What Are Your Thoughts?leave a comment