A Christian group called Pray Live has a solution for gun violence in America: They want students to wear a red wristband with a Bible verse on it.

How will that stop violence, you ask? Shut up and stop thinking logically.

The group’s founder, Wenda Royster, says this will totally work. 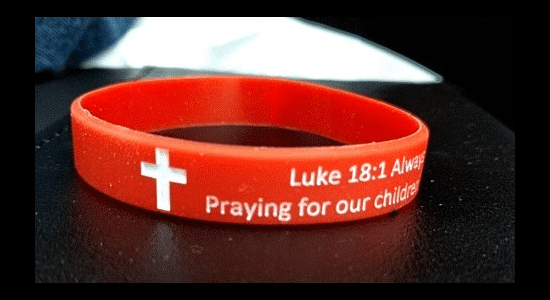 In a moment of intense prayer God said: “‘I need you to heal this nation by reminding school children and their parents that no matter what is going on around them, I am always there,'” [Royster] said. “‘Remember, only prayer changes behavior and things.'”

“So, I created wristbands for mass distribution across the Country to remind our children that God is there with them, and that prayer changes things.” She says the bands are red in color which is symbolic of the blood of Jesus, and they include a short prayer as well as the scripture Luke 18:1, “… Always pray and not give up.”

Okay, but seriously, how does this help end gun violence? As far as I can tell, the wristbands aren’t bulletproof and they only cover a fraction of your body. This is horrible armor. So tell us how it helps!

“There are critics who may say: ‘how is a rubber wristband going to protect my child from gun violence?’ My response to that is you never hear about acts of gun violence happening at faith-based schools where the Word is taught, and prayer is prevalent.“

More than two dozen people were slaughtered in a church in Sutherland Springs, Texas. A white supremacist killed 9 people in a church in Charleston, South Carolina. One criminologist found that there were 147 shootings in Christian churches between 2006-2016.

Just because those aren’t schools doesn’t change the fact that prayer and God’s Word aren’t protection against mass shooters.

And neither are dumb wristbands. This isn’t about protecting students. It’s about making money for Royster’s organization. (What, did you think she was just going to give away this kind of protection? Please. She wants you to pony up if you want to save your life.)

You want fewer gun deaths? Get rid of guns. The wristbands aren’t helping anybody. 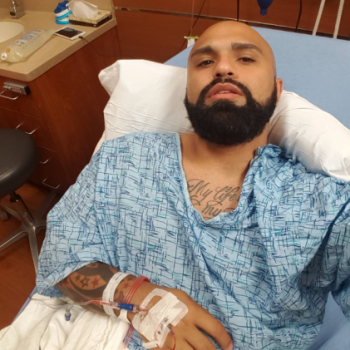 May 2, 2018
Pulse Nightclub Survivor Says He's No Longer Gay After Giving His Life to Jesus
Next Post 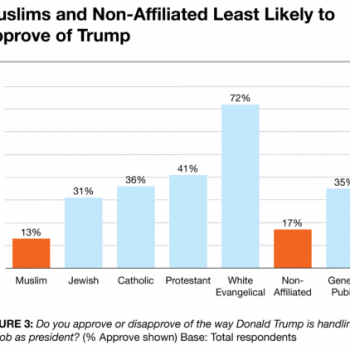 May 2, 2018 New Poll Suggests Non-Religious Americans Aren't Veering Toward the “Alt-Right”
Browse Our Archives
What Are Your Thoughts?leave a comment