“… want to be around other whites, safe from non-whites,” and that “diversity has a horrible, atomizing, demoralizing, dehumanizing effect.”

… once signed a blog post with the tagline, “Your Counter-Semitic Candidate for US Senate in California.” 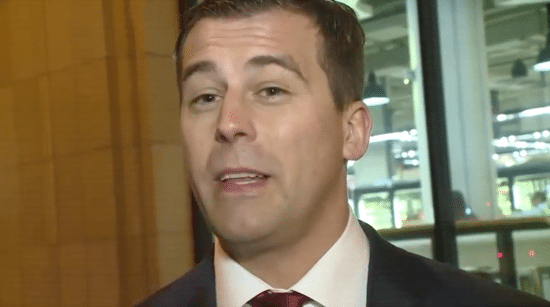 And that’s true: Little and his white-nationalist, anti-Semitic views could make a splash on the Golden State’s political scene later this year as he runs for the U.S. Senate. He has the backing of David Duke, and will be vying against 10 other Republican candidates as well as Democrats and Independents on June 5; the top two candidates move on, regardless of party, and there’s a good chance he could take the second spot and go up against Dianne Feinstein, the 84-year-old Democratic incumbent.

Little is polling at 18 percent of the vote on the Republican ticket, a full 10 points ahead of his next strongest opponent.

His hatred of Jews isn’t couched in euphemisms or dog-whistle rhetoric.

Little has said he believes Jews should have no say over white non-Jews and wants to see them removed from the country altogether. On Gab, a social media site with large swaths of extremist users, he argues that the neo-Nazi website Daily Stormer, whose proprietors praise Adolf Hitler and have appeared to call for acts of violence against Jewish people, is too Jewish.

“I propose a government that makes counter-semitism central to all aims of the state,” he wrote on that website. … He argued for forbidding “all immigration except of biological kin, where no person of Jewish origin may live, vacation or traverse.”

It doesn’t seem likely that Little will become a senator, because California, being solidly Democratic, isn’t really up for grabs. Still, it’s bizarre that he’s even a contender in the race, and worrisome that he may gain legitimacy if he does run against, and gets to debate, Feinstein.

Matt Barreto, a professor of political sciences at University of California, Los Angeles, isn’t sure that it reflects on the GOP as a whole that Little is running as a Republican. He says that the California Republican Party is

… more open-minded than the national party on issues like immigration, gay marriage, and marijuana legalization, even if there are pockets of overtly white supremacist voters in places like Orange County.

But it’s obvious that racists and anti-Semites find an easy connection to Trump-era right-wing politics. The President has opened the door to the most unsavory, bigoted parts of the right by tweeting about the deadly Nazi march in Charlottesville last August that “many sides” were to blame. (In the words of the New York Times, Trump “was the only national political figure to spread blame for the ‘hatred, bigotry and violence’ that resulted in the death of one person to ‘many sides.'”)

Trump made matters even worse half a year ago, when he uncritically retweeted anti-Muslim videos first posted by Britain First’s Jayda Fransen, a wannabe fascist leader.

Those kinds of messages have no doubt emboldened people like Little and Illinois’ Arthur Jones, a Holocaust denier and ex-member of the American Nazi Party who is running for Congress as a Republican. Both the Illinois Republicans and the national GOP say they want nothing to do with Jones:

“We strongly oppose his racist views and his candidacy for any public office, including the 3rd Congressional District,” Illinois Republican Party Chairman Tim Schneider said in a statement.

A spokesman for the National Republican Congressional Committee also told CNN that it would not endorse Jones.

Then there’s Republican congressional candidate Paul Nehlen, a self-described “pro-white Christian American candidate.” Nehlen is a possible frontrunner for the seat vacated by Paul Ryan in Wisconsin. The GOP in that state has renounced Nehlen and his scary opinions, but the candidate is defiant:

… whether or not Little, whose political ambitions have so far received less scrutiny than Nehlen’s, will be similarly disavowed.

Little is an outsider candidate whose white nationalist views and Holocaust revisionism are almost sure to be a non-starter among the California electorate. If anything, he’s not an asset to the GOP, but a liability. The greatest danger posed by his candidacy is that maybe he’ll inspire other bigots, in less-blue states.

The mid-term elections are going to be worth watching. 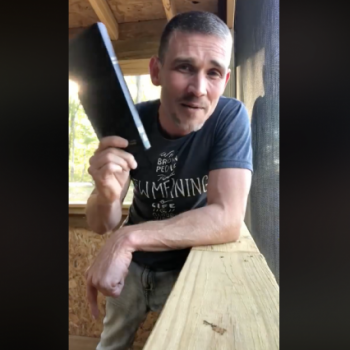 May 1, 2018
Pastor Refuses to Step Down (Even Though His Ex-Wife Says He Abused Her)
Next Post 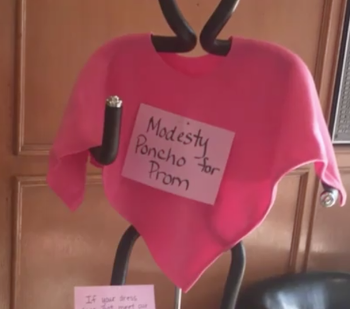