At the Jewish Wise school in southern California, faculty members recently decided to strengthen students’ connection to their ancient tribe with the aid of big-hair wigs, KISS-style antics, and Stratocasters turned all the way up to 11.

The school’s senior rabbi, Yoshi Zweiback, 48, recently corralled kids, faculty and some well-connected music industry friends — including John Mellencamp’s old drummer Kenny Aronoff — and made a heavy metal video for a song written by Zweiback and his musician brother about the enduring survival of the Jewish people.

The rockin’ rabbi, in full heavy-metal getup, is pictured in the middle, making the devil-invoking sign of the horns. (In Italian folk culture, the gesture was used to ward off evil, so let’s just say that Zweiback has plausible deniability.) 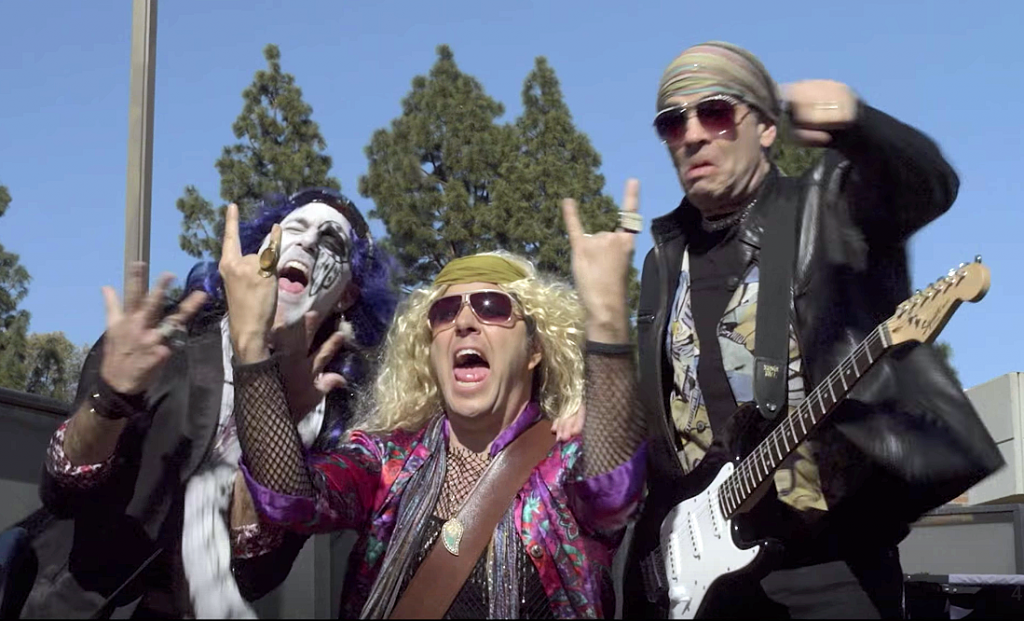 Zweiback, Aronoff and a slew of others (including the school’s cantor, Nathan Lam, who has worked as a voice coach for Rod Stewart and Belinda Carlisle) found themselves on the Wise temple grounds slathered in Gene Simmons makeup and rocking out in front of the cameras.

“Most of the parts are played by clergy of the synagogue,” Zweiback says. “But I do the lead vocals. When you compose the song and you’re the senior rabbi of the temple, you get certain privileges.”

The song is titled Am Yisrael Chai; They Tried to Kill Us, We Survived, Let’s Rock. Here’s the video:

“Am Yisrael Chai means” “the nation of Israel lives.” According to this source,

… the resonance [of the phrase] for many Jews is much deeper. It represents pride in the Jews’ history of overcoming persecution and adversity and determination, and confidence that we will be able to meet any challenges the future might bring.

I doubt the song is destined to be a chart topper, but the performance, sound recording, and video editing are more than competently done.

Bonus: the kids don’t look nearly as confused and mortified as you might expect! 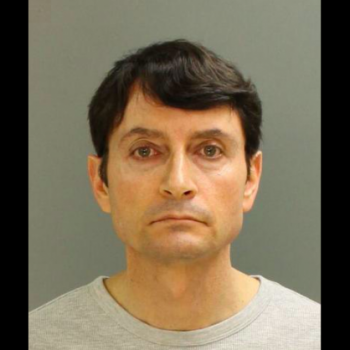 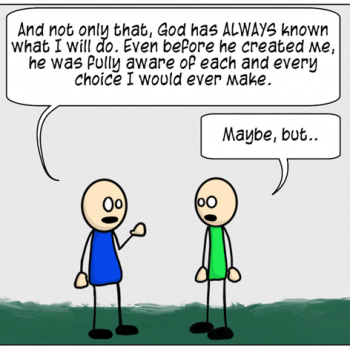 April 30, 2018 With This Theological Argument, You Can Justify Anything
Browse Our Archives
What Are Your Thoughts?leave a comment