Florida Imam Trashes Atheists, Calling Them “a Worm in the Body of Muslims” April 28, 2018 Hemant Mehta

Florida Imam Trashes Atheists, Calling Them “a Worm in the Body of Muslims”

In a sermon delivered at the Islamic Center of South Florida (ICOSF) in Pompano Beach on March 23, Imam Hasan Sabri claimed that atheists were incapable of living a “wholesome life” and that we’re nothing more than “a worm in the body of Muslims.”

I repeat: He’s from Florida.

[Atheists] always belong to minorities — national minorities, religious sects or minorities, and they have an agenda of destroying this Islamic nation, so they adopt atheism, not because it makes sense, but because it serves their approach…

That is the call of such people. They are calling you… And what is the result? What would a person who denies the existence of Allah — even on a personal level — achieve? Forget that he becomes a worm in the body of Muslims, a germ that is causing disease and weakness to his nation. What is he going to achieve? The feeling of insecurity, the feeling of doubt, the feeling of fear, the feeling of uncertainty, that you do not have protection in this life. You do not have a source that is stable, where you can draw patience from, where you can draw perseverance from. You do not have high standards, that come from a higher being, for you to live for. You are becoming like an animal. You are living just to wake up and sleep, to wake up and sleep. There is no wholesome life that has meaning for you. That is what an atheist is, and that is what an atheist is going to achieve.

It’s hard to believe we’re living in the same country. (And who knew the U.S. was an “Islamic nation”?)

While atheists are rightly critical of Islam, as with any other faith, most of us are fighting for the same things as Muslims. We don’t want to see the government promoting a religion (Christianity) that we don’t subscribe to and which politicians frequently point to in order to promote their beliefs over our own. In the battle to fight the Christian Right, you’d think we’d be on the same side.

We’re atheists because it’s where the evidence leads, not because it’s just a tool to achieve some anti-Islamic agenda.

What’s scary is that this isn’t some radical imam preaching this nonsense. Sabri has delivered an invocation for the Pompano Beach City Council and he was a representative at an “interfaith and race relations” event at a local college (it was described as “promoting peace and acceptance for building a just community”).

In other words, this guy is considered mainstream. His speeches at those venues were not controversial — though he received backlash from conservative Christians who didn’t want a Muslim speaking at all.

All the more reason for him not to trash the very people fighting for his right to deliver those invocations and who support events that elevate the voices of non-Christians.

(via MEMRI TV. Thanks to Scott for the link) 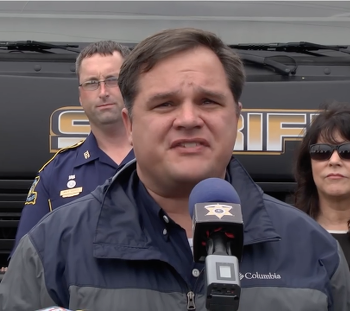 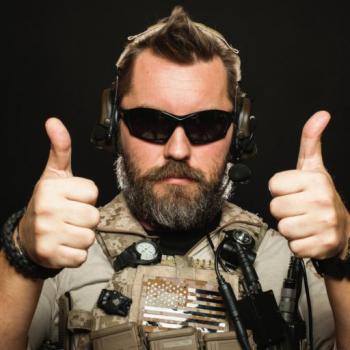 April 28, 2018 Army Allows Norse Pagan “Heathen” to Have Beard Under Sikh Religious Exemption
Browse Our Archives
What Are Your Thoughts?leave a comment