An Alabama District Was Right to Tell a Teacher to Change Her “Just Pray” Shirt April 28, 2018 Hemant Mehta

On Monday of this week, teacher Chris Burrell threw on a shirt and went to her job as a teacher in the Mobile County Public Schools in Alabama. She never even thought twice about the phrase on the shirt, “Just pray.” That’s because she wasn’t trying to make a religious statement; it was part of a campaign on behalf of a local 11-year-old girl who had been diagnosed with a brain tumor. 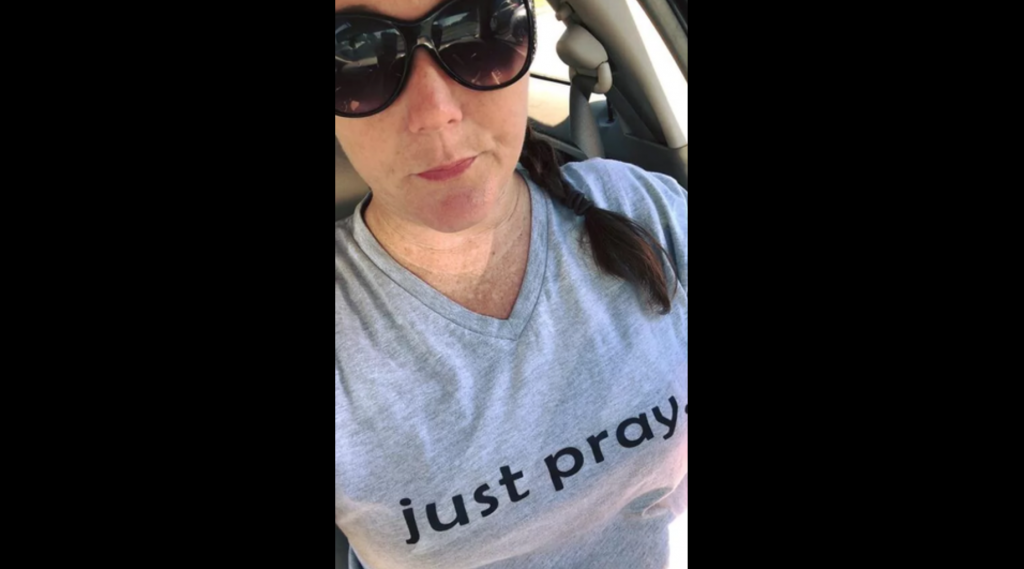 But when she got to school, her principal said she couldn’t wear it since it was an overt form of proselytizing.

“So at the point of looking and seeing ‘pray’ on it, the principal said, can you put on a sweater or something, knowing that there are other people who object to that…we have to be cognizant of everyone’s beliefs or everyone’s thoughts in a public school,” said [Superintendent Martha] Peek.

That’s absolutely the right thing to do. It’s one thing to wear a cross necklace, which is personal and relatively discreet. But public school teachers aren’t supposed to wear shirts advocating a religion or saying things like “Come to Jesus.”

It’s the same rule that prevents teachers from wearing a shirt that says, “Don’t pray.” 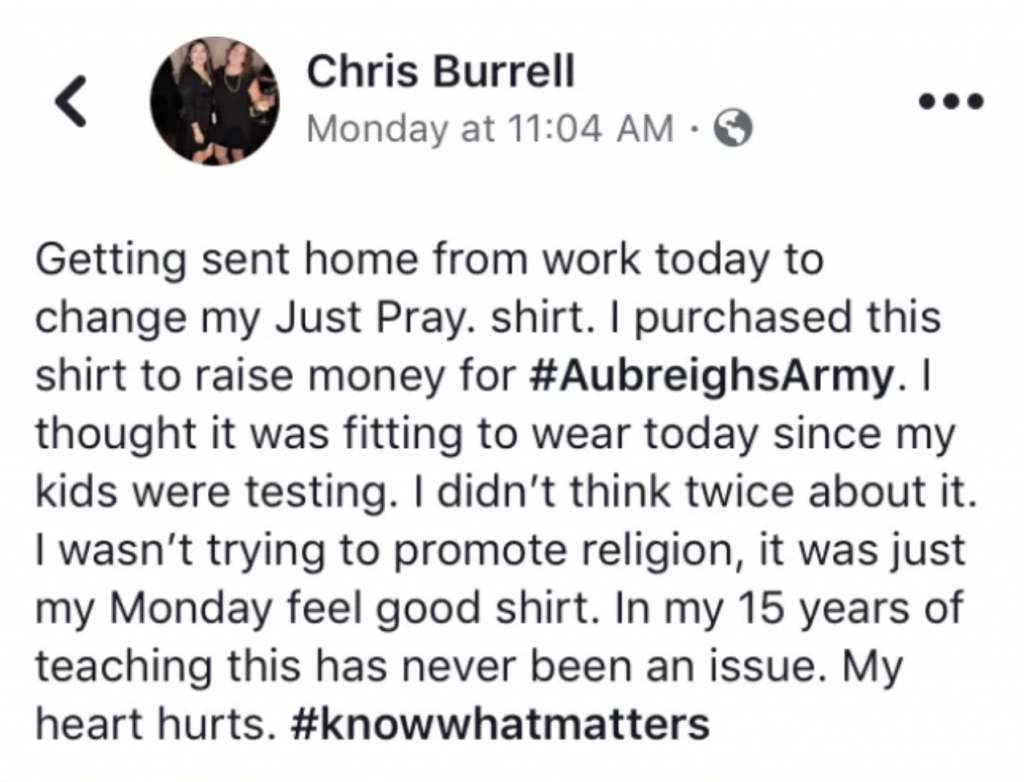 Getting sent home from work today to change my Just Pray. shirt. I purchased this shirt to raise money for #AubreighsArmy. I thought it was fitting to wear today since my kids were testing. I didn’t think twice about it. I wasn’t trying to promote religion, it was just my Monday feel good shirt. In my 15 years of teaching this has never been an issue. My heart hurts. #knowwhatmatters

That’s when the story hit the conservative media world. Now, all of a sudden, this is a story of Christian persecution.

But Burrell wasn’t punished, and the district insists there’s no disciplinary issue. She shouldn’t have worn the shirt, she was asked to change it or put on a sweater, and that’s the end of it.

Try telling that to commenters online who are crying foul about the whole situation.

Apparently, Christians should be allowed to violate the district’s dress code in a way that no atheist, Satanists, or Muslim ever could.

The administrators handled this perfectly. Burrell doesn’t understand the rules and chose to make it a public matter by whining about it on Facebook. She’s not a martyr, and the world isn’t out to get her. 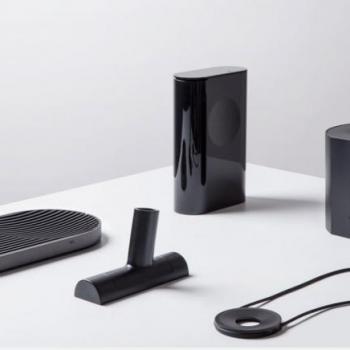 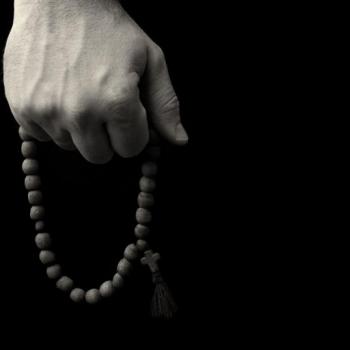 April 28, 2018 Priests Are Murdered All Over Mexico, and Persecution Has Nothing To Do With It
Browse Our Archives
What Are Your Thoughts?leave a comment