Churches that hire ambitious architects or decorative artists aren’t that unusual. But how often do you see product designers tackling religious subjects? It’s unusual, to say the least, so Stefano Panterotto and Alexis Tourron, a duo of Lausanne-based designers, easily got my attention when they presented their HOLY project at the just-finished Milan Design week.

HOLY is a collection of five shiny black objects that you’re invited to imagine in sacred spaces of the future.

Probably because I’m a form-follows-function kind of guy, I had a hard time even identifying what they are, but perhaps you’ll do better. Take a look. Can you tell what the practical purpose of each item is? I’ll let Panterotto and Tourron (who aren’t religious but “believe in the importance of spirituality”) supply some clues:

“Each object is designed to represent a different phase of spirituality: the first stage of becoming a believer; the purification ritual; the offerings to the gods; the communication with the gods; and the afterlife.” 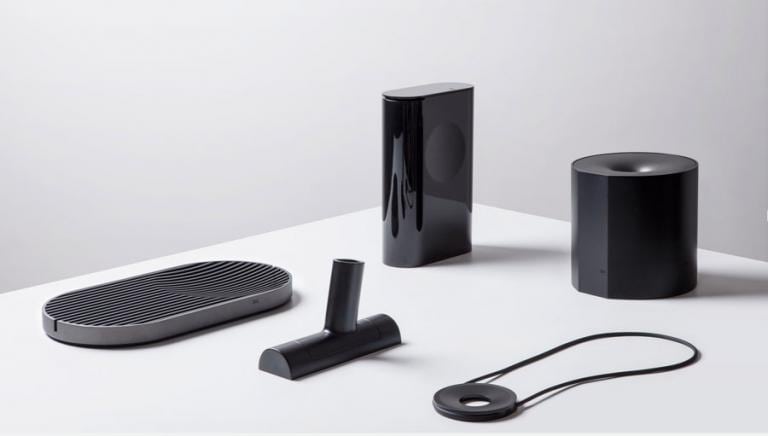 The first object in the series, close to the photo’s bottom edge, is an amulet, symbolizing “the act of joining the faith (becoming a believer),” the Swiss duo explained to me in an e-mail.

In the back, the “ritual carafe” that looks like a Western Digital hard drive in fact exemplifies the purification ritual.

A small votive altar, on the left, is meant for offerings to the gods.

The inverted-italic-T shape in the center is an incense burner, “used for purification” or for “dialogue with the divine sphere,” the designers say (more like a monologue if you ask me, but I quibble).

Finally, the rightmost item is an urn, representing the ritual act of cremation and the start of the afterlife.

I asked Panterotto and Tourron if it diminishes the supposedly sacred essence of often ornate objects like altars and incense vessels to give them such a minimalist, Jony Ive-style sleekness. In response, they let on that their HOLY series is maybe a little bit more fun than it appears at first.

“During the last century, [religious] symbols have started to fade away, making space for the new gods of technology and innovation. … We believe that technology has for the first time created a set of rules and values that, unlike religious ones before, are shared, recognized and adopted by everyone.”

The design duo sees this as

“… almost like the rise of a new universal cult.”

What they mean is that personal technology — smartphones spring to mind first — is now embraced, revered, and even fetishized at a level previously associated with religious objects. They point to research that found that, neurologically,

“For Apple fans, any visual stimulations that link with the brand’s products can trigger a reaction similar to that of religious devotees.”

Perhaps HOLY isn’t foremost an earnest reimagining of religious paraphernalia, but a cheeky reflection on how we’ve come to look to consumer products for tribal identity, even rapture. 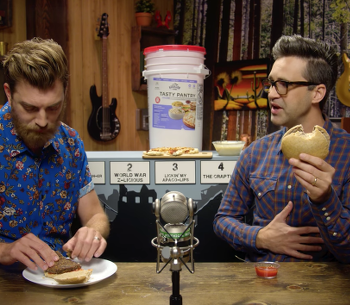 April 27, 2018
These Guys Tasted Jim Bakker's Giant Bucket of Food (and Ranked the Contents)
Next Post 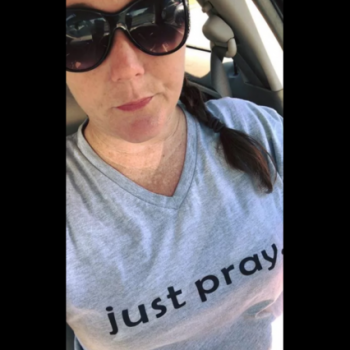