Nearly a year after it went up, there’s a new Ten Commandments monument outside the Arkansas State Capitol. And with that, the window for lawsuits is now open. 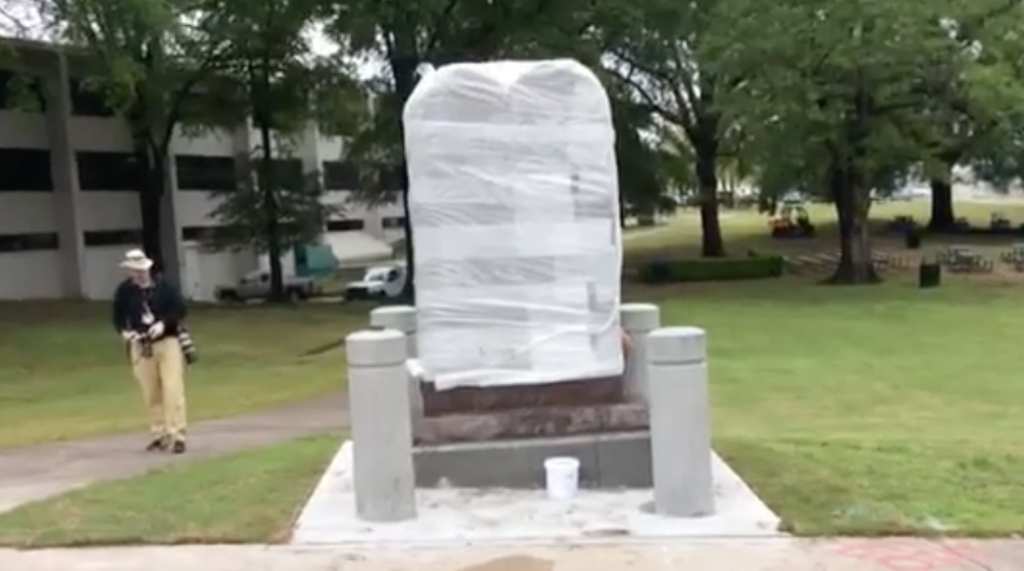 In case you need a refresher, the monument is there because of State Senator Jason Rapert, who has spent more than three years trying to make it a reality with the help of several government officials.

As soon as the Ten Commandments proposal began making its way through the House and Senate in 2015, atheists and Satanists applied to donate their own displays, but House members in 2017 unanimously passed a bill giving them final approval over any proposals. (Ten Commandments? No problem! A Satanic Baphomet statue? Forget it.)

In May of last year, the Capitol Arts and Grounds Commission paved the way for the Christian monument’s installation, and the ACLU responded by saying a lawsuit was already in the works.

Rapert and his colleagues weren’t worried about that because they claimed the monument was identical to the one in front of the Texas State Capitol, which the Supreme Court said was okay. They didn’t understand, however, that the Texas monument was one of several displays erected to showcase the “ideals” of the state and never intended as a way to promote Christianity. Rapert’s monument, on the other hand, was always about promoting Christianity. Preventing the monuments of Satanic and atheist groups from going up only added to that argument.

If he wanted to look to the Supreme Court for precedent, he should have known that the Court said no to another Ten Commandments monument that had none of the broader context seen in Texas. That’s the one that most closely resembles what he’s doing now.

The point is: this was always a huge mistake by Rapert. His monument was always illegal. It promoted Christianity over other religions, and belief over non-belief. Church/state separation groups were just waiting to pounce. And ultimately, taxpayers were going to be on the hook for the cash when the state lost the case, all because a man who took an oath to uphold the Constitution couldn’t be bothered to read and understand the First Amendment.

And yet, last summer, the monument was installed anyway, and those of us who criticized it were just waiting for the lawsuits to pour in…

All those plans went up in flames, however, when, less than 24 hours after the monument’s unveiling, a self-described “born again Christian” and “Jesus Freak” named Michael Tate Reed drove his car into the display, completely destroying it.

To be sure, no one wanted that to happen. Certainly not church/state separation advocates. The Freedom From Religion Foundation even issued a statement that day saying, “There is no need to resort to criminal behavior to uphold the Constitution.”

If you wanted to find a silver lining in the incident, it’s that Arkansas avoided the lawsuits. Because there was no monument, there was nothing to challenge.

Rapert never learned his lesson. Not long after the incident, he began promoting a GoFundMe campaign to raise money for a new Ten Commandments monument, ultimately raising more than $85,000. (Curiously, the new monument cost about $25,000. Considering the producers of the God’s Not Dead franchise chipped in $25,000 of their own, you have to wonder where all the extra money went. Rapert refuses to answer the question despite my multiple requests for comment.)

All of that brings us to today’s monument. It’s a 6,000-pound, 6-foot-tall display. And this one’s got protection. Four concrete barriers surround the monument, preventing anyone else from driving into it.

We announce the reinstallation and dedication of the #Arkansas #TenCommandments Monument tomorrow at 11:30 am at the Arkansas Capitol. We are happy to make this second gift to the people of Arkansas. #arleg #arpx @KARK4News @THV11 @KATVNews @FoxNews @ABC @NBCNews @CBSNews pic.twitter.com/l14qnjzp16

The Satanic Temple has already announced how it plans to jump in soon:

Having offered a monument of their own in honor of pluralism and religious freedom, The Satanic Temple now intends to sue the state of Arkansas, arguing that the rejection of their monument establishes unconstitutional religious preference by the state. “As soon as other invested parties file their lawsuits disputing the constitutionality of the Ten Commandments monument, we will file an ‘intervenor,’ essentially merging the cases,” The Satanic Temple’s spokesperson and co-founder, Lucien Greaves, explains.

“Rapert is obviously a mindless tool for theocratic interests originating outside of Arkansas, as his bill utilized the exact language used in failed efforts to maintain a Ten Commandments monument at the capitol in Oklahoma — legal language that the simple senator was unable to comprehend,” Greaves claims.

Greaves is at the unveiling and noticed the live stream camera earlier today. When he walked up to it to talk about why the monument shouldn’t go up, the man behind the camera lied and said the audio feed was shut off. You can see that around the 1:24:25 mark of this video:

More updates to come as the unveiling happens.

Here’s a livestream of the unveiling, courtesy of Rapert:

… and another, courtesy of Greaves: 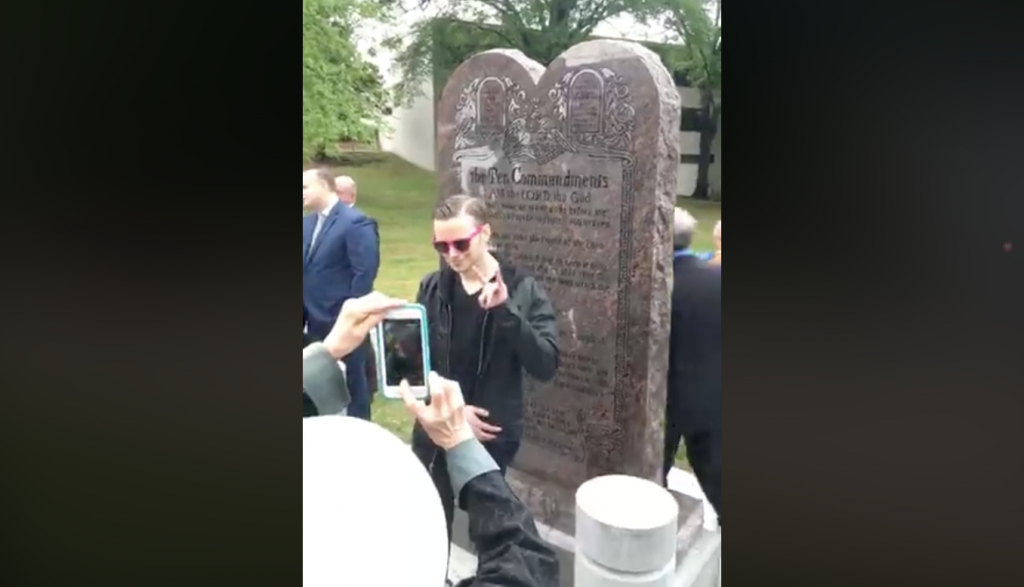 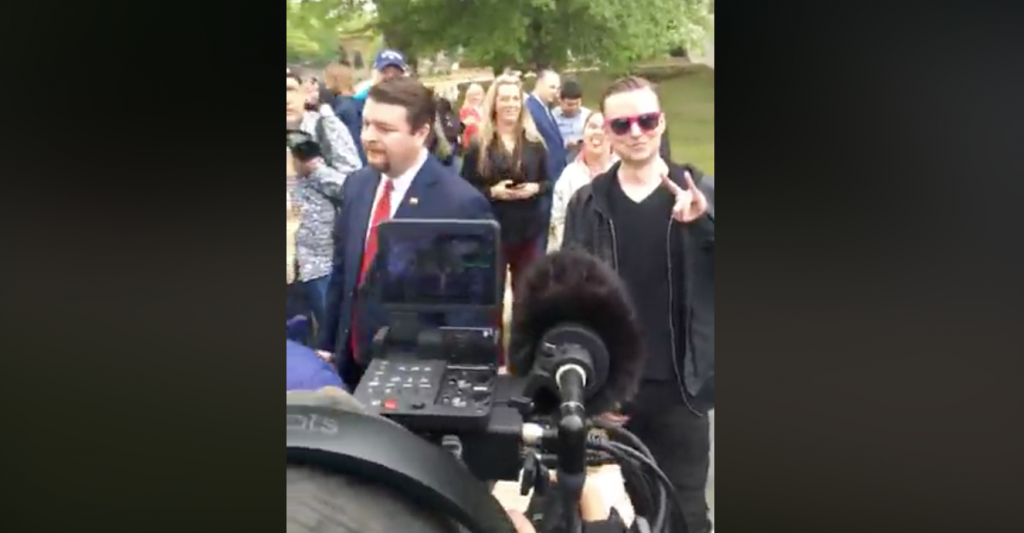 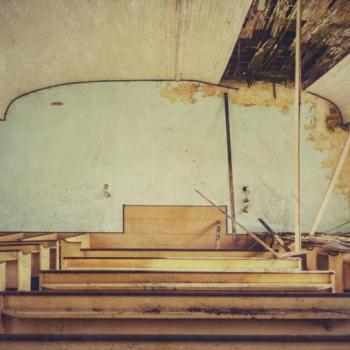