God the Father, oddly enough, did nothing to keep thousands of Rwandan churches in passable physical shape. Nor did the Almighty safeguard the lives of the faithful who congregated there.

Authorities have closed more than 6,000 churches across Rwanda, including 714 in the capital city of Kigali, in the span of two months for failing to comply with health, safety, and noise regulations.

Underscoring the seriousness of the campaign, a lightning strike killed 16 worshipers and injured 140 at a Seventh-day Adventist church that had not installed a mandated lightning rod.

Hundreds of churches were found not to have running water or even a single toilet. Some were dangerously rickety. Many leaked. 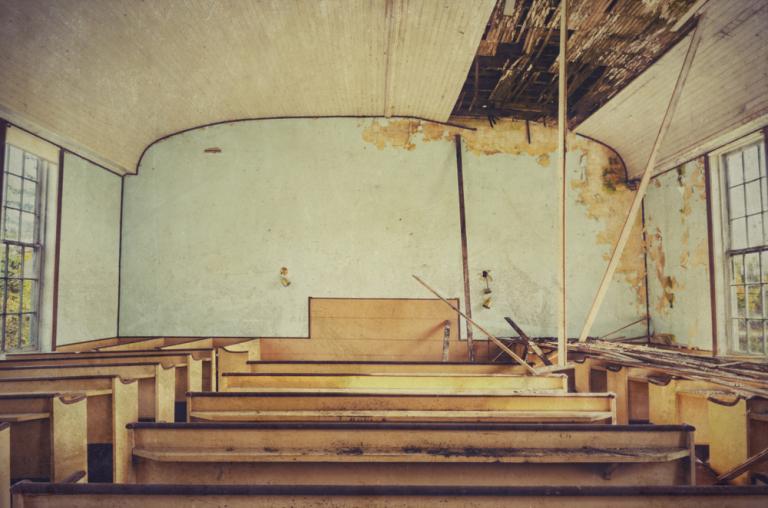 But there’s more that plagues these Christian temples. The worst ones are blighted not just by the decrepit state of the structures themselves, but by the ruinous morals of the clergy members.

Lawmakers are now debating new regulations in an attempt to prevent fraudulent behavior among the East African nation’s mushrooming churches. …

The majority are small Pentecostal [houses of worship]. Many are shepherded by charismatic preachers who draw followers with promises of signs and wonders. Often, such churches meet in houses, tents, or crude structures that lack adequate water systems. They often blast sermons down streets through megaphones and loudspeakers.

If God can work His magic quietly, telepathically, why does He need fans with bullhorns? Mysterious ways. Mind your ears.

Bible Society of Rwanda member Chrissa Umugenga says the government must examine the nation’s churches because many church leaders exploit their followers. She says too many pastors drive expensive cars and live lavishly while their loyal followers sell their possessions to tithe with the expectation that they will be blessed.

It’s a problem that we thankfully don’t see much in the civilized West. (And if you believe that, I have a 42-million-dollar home to sell you. Now with free crucifixes!)

The existing law on civil-society organizations permits Rwandans to open churches and register after a period of months and doesn’t require pastors to go through any training. By contrast, a new law specific to faith-based organizations will require potential pastors to get a theology degree before they plant a church.

The preachings will still be bullshit, but they’ll be erudite bullshit.

At least, with any luck, it’ll stop all but the most committed fraudsters and conmen in their tracks.

Surprisingly, the responses from the holy men themselves have not been uniformly negative.

Pastor Hassan Kibirango of Kigali’s Christian Life Assembly says churches should meet standards. He says it’s not good to start a church that is laughed at, as its mockery sends a bad example to society.

Godffrey Nagungira, a minister at New Life Bible Church, one of Kigali’s biggest Pentecostal congregations, favors the crackdown as well, saying he values the safety of people who worship in substandard buildings. Churches should be law-abiding, and there must be government supervision to ensure that the practices of church leaders don’t affect or harm churchgoers — some of whom are illiterate and could easily be taken advantage of, he said.

Others disagree, standing tall for their freedom to sell holy hogwash without oversight.

Bishop Innocent Nzeyimana, president of the Churches’ Forum, which represents 180 congregations in Kigali’s Nyarugenge district, understands the government’s argument that some preachers “deceive their congregation with misleading sermons.” But he insists that many church leaders don’t do this, yet the new rules will prevent the planting of new churches. “The decision was rushed without warning,” he said. “Some church leaders are poor and cannot get money to go for theological training. The government should have negotiated with these leaders, instead of closing their churches.” …

“The government is harassing us because we tell the masses, among other things, about bad governance — something the officials don’t want hear,” [said] one Kigali pastor.

Justus Kangwagye, an official of the Rwanda Governance Board that oversees faith-based organizations, denied that the government is trying to banish the affected churches from God’s green earth. The point is simply that they must meet code.

“Freedom of worship does not mean you keep churchgoers in a substandard church that is likely to fall,”

All the Rwandans who disagree are hereby invited to pray for God to change the government’s mind. We’ll see which side prevails. 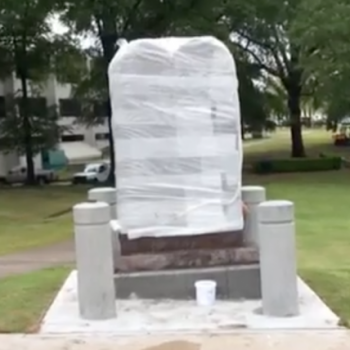 April 26, 2018 Ten Commandments Monument Goes Up Outside Arkansas Capitol... Again
Browse Our Archives
What Are Your Thoughts?leave a comment