Quarterback Josh Rosen, Now an Arizona Cardinal, Is the NFL’s Only Open Atheist

Josh Rosen, a quarterback from UCLA, was selected 10th in the NFL Draft tonight, going to the Arizona Cardinals.

As far as I can tell, with Arian Foster and the “cheerfully agnostic” Chris Kluwe now retired and Pat Tillman no longer with us, this makes Rosen the only open atheist currently in the NFL. 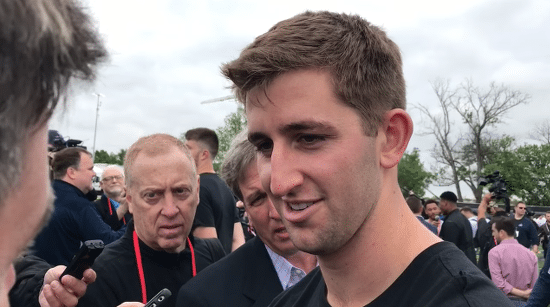 In 2014, when Rosen was still a senior at a Catholic high school, FOX Sports’ Gabe Kapler noted that the UCLA recruit didn’t believe in God — an anomaly in the football world.

He attends a Catholic high school and is the son of a Quaker Christian mother and a Jewish father. Josh also professes to be an atheist. I asked his football coach, Jason Negro, about the impact of Rosen’s beliefs.

“We certainly welcome it. We’re not just a school for Catholic boys,” Negro said. “We are a Catholic school for all boys. Everyone’s common theme here is just be a good person. When you leave here do you represent your school and yourself well?”

Great athletes, independent of their religious leans, can find plenty of common ground. The clubhouses of our major sports remain overwhelmingly Christian, but we can all benefit from another’s traditions.

Kapler also mentioned that Rosen’s atheism could be a liability when it comes to endorsement deals since he might “scare off some companies who wish to align themselves with more vanilla, easily marketable athletes less likely to offend the religious population.”

But Rosen’s never been as outspoken about his religious beliefs as he has about his political ones. (He’s not a fan of Donald Trump.) So I’ll be curious to see if his lack of faith becomes a part of his story in the NFL.

Maybe after one of his post-game interviews, we’ll hear him not thank God.

At the same time, Rosen is also noteworthy for being a Jewish quarterback, another rarity. While he isn’t religious, His father is Jewish and Rosen has been the subject of anti-Semitic slurs on the field.

His faith background is, in any case, uncommon in the NFL. In a league where people like Tim Tebow are known as much for their faith as for their abilities, and every team has an official chaplain, it’s an open question as to how he’ll be received.

But Rosen navigated that world in high school and college without a problem. I doubt it’ll be an obstacle for him in the NFL.

(Screenshot via YouTube. Thanks to Justin for the link) 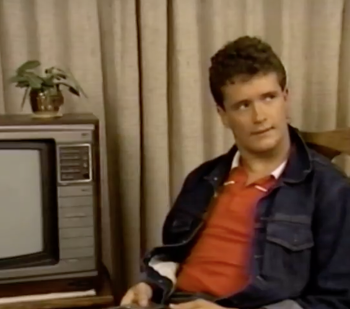 April 26, 2018
Watch This Ministry's Video from the 80s Warning Parents About Rebellious Teens
Next Post 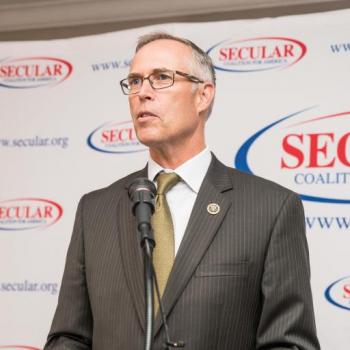