MIT Appoints Humanist Chaplain, the First at a Tech-Focused School

Greg Epstein, the longtime Humanist Chaplain at Harvard University, just got a neat new gig. While remaining in his current role, he’ll also become the first Humanist Chaplain at the Massachusetts Institute of Technology (MIT), joining a roster of two dozen other chaplains at the school.

While there are currently Humanist chaplains at eight universities nationwide, this marks the first time someone in the role will serve at a tech-focused campus. 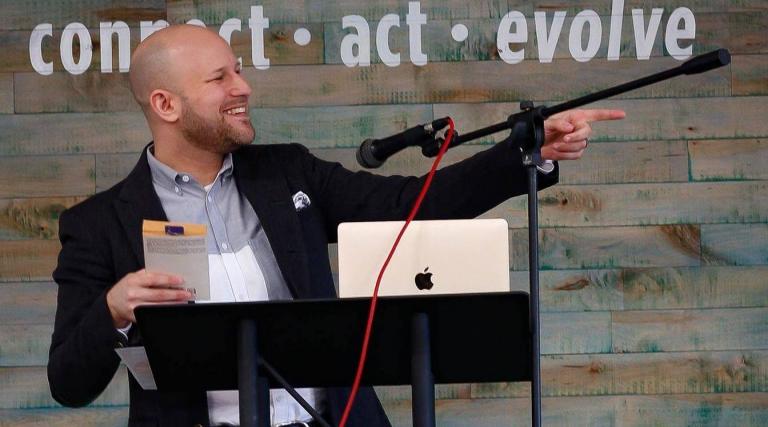 Neither school will pay Epstein’s salary, as is the case for other chaplains. The Humanist Hub, the non-profit organization that Epstein runs, will take care of that. Epstein will essentially serve as a counselor to students in the new position, though he’ll specifically focus on non-religious students.

“Our next generation of leaders are creating unprecedented technology impacting billions of lives. They also have a radically different relationship with traditional religion than previous generations, so we need to change the way we educate them about ethics and moral values in science, technology and business,” said Epstein. “The Humanist Hub is committed to building positive beliefs in community, justice and pluralism for the atheist and agnostic students we serve — and for everyone.”

Epstein will serve as the first Humanist Chaplain of the Massachusetts Institute of Technology (MIT), joining the Institute’s Office of Religious Life to officially serve a growing humanist constituency. Epstein will support his fellow chaplains in working together for the well-being of the entire campus. “There’s a growing need in our student population for a humanist chaplain, and approach to the spiritual development of young people and is well suited to support MIT students,” said The Reverend Kirstin Boswell-Ford, Chaplain to the Institute and Director of The Office of Religious Life.

I asked Epstein if he approached MIT about the position or if they came to him, and he told me it cut both ways:

I was planning to approach them about it after thinking about it for over a year, but Rev. Kirstin Boswell Ford sort of beat me to it this fall when she asked to visit the Humanist Hub as one of her first steps as MIT’s new Chaplain to the Institute and Director of the Office of Religious Life. We had a great, long conversation and she soon asked me to take on some major new responsibilities at the Institute. I consider her to be a real visionary leader, someone with impeccable religious credentials and leadership who fully and deeply understands how to include humanists, atheists and the nonreligious. It is going to be exciting working with her.

Incidentally, Harvard’s Class of 2021 is 15.8% atheist and 22% agnostic. Only 49% of students at MIT consider themselves religious or spiritual. That means there are a lot of students who could benefit from the advice and guidance of someone who doesn’t look to God as a solution for anything. 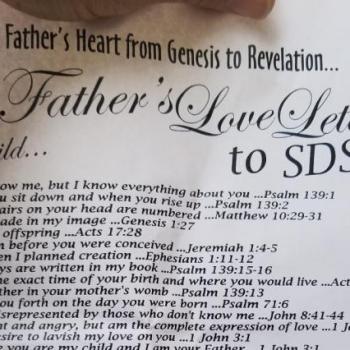 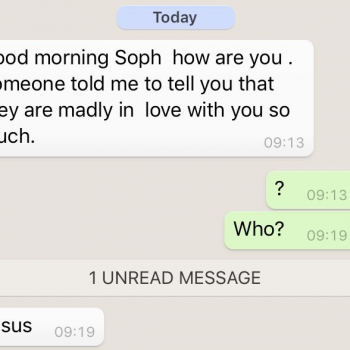 April 25, 2018 This is Why You Shouldn't Let Your Religious Relatives Set You Up on a Date
Browse Our Archives
What Are Your Thoughts?leave a comment