FOX News Host: My Sister’s Church Burned Down, But a Cross Is Still Up, So Yay! April 23, 2018 Hemant Mehta

FOX News Host: My Sister’s Church Burned Down, But a Cross Is Still Up, So Yay!

Ainsley Earhardt, one of the co-hosts of FOX & Friends, tweeted a picture yesterday of her sister’s church, post-tragedy. It had burned down over the weekend — but no worries because one of the crosses in the church was still visible.

My sister’s beautiful church burned today. Look what remains! The cross stands always and forever. The pastor says, “The Lord promises to bring beauty out of ashes.” @FoxNews @foxandfriends pic.twitter.com/ffxZUtoS8C

Just to point out the obvious, if God really wanted to do the congregation a favor, he would’ve spared the entire church instead of letting it burn. Would the standing cross still be a miracle if church members perished in the fire?

Thankfully, no one was hurt. The fire at St. Andrews Church in Mount Pleasant, South Carolina occurred around 4:00 a.m. Sunday morning and there were no reported injuries. It’s still unclear what caused this.

Yeah but I LET THE CHURCH BURN DOWN, moron. https://t.co/SbDPRpaSAA 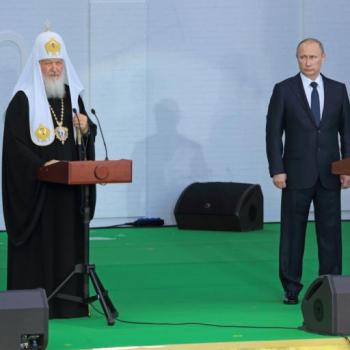 April 23, 2018
Russian Crackdown on Jehovah's Witnesses Scatters Them to Finland and Elsewhere
Next Post 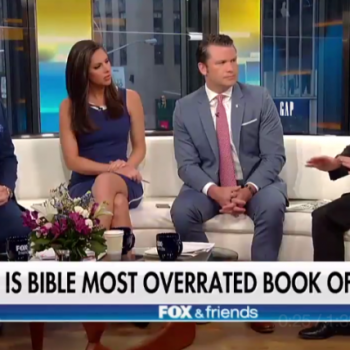 April 23, 2018GQ Says the Bible Isn't an Essential Read, and Christians Are Shocked, Shocked!
Browse Our Archives
What Are Your Thoughts?leave a comment