This Atheist’s Christian Wife Keeps Donating to Her Church. What Should He Do? April 20, 2018 Terry Firma

This Atheist’s Christian Wife Keeps Donating to Her Church. What Should He Do?

My wife is a nominally a Christian, but I’ve never seen her pray or read the Bible. She goes to church once or twice a year (Easter, Christmas) and takes the kids, but it’s more of an outing to an interesting cultural event than an effort to bring them to Jesus.

Best of all, she has a great head on her shoulders and declines to tithe, or to donate to overtly religious causes.

I’m lucky, considering that other atheists’ religious spouses often try to indoctrinate their offspring with Bible teachings and do a number on the household budget with their church donations. 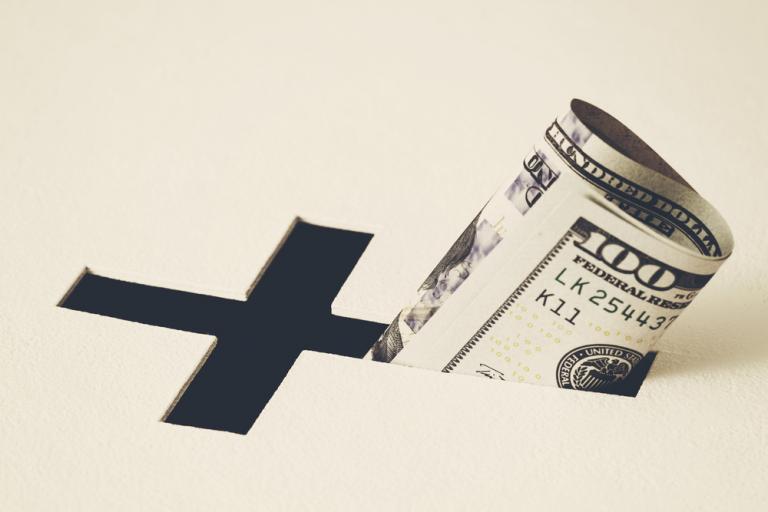 I am an atheist, while my wife and her whole side of the family are quite religious (makes for some interesting discussions, family dinners, etc). We are a one-income family in the military with a young baby (so barely getting by as it is), and my spouse can bring in a little money from time to time with odd side jobs. She gives a good amount of it to a church she doesn’t go to anymore. It’s money we need and I’ve tried to tell her that, but she says that she is giving it to god and he will provide back.

Now, I respect her beliefs and I wouldn’t have a problem with if we had the disposable income, but we don’t. …

In a follow-up post, he describes how his effort to discuss the matter with her turned into an argument.

She states: “Money doesn’t matter in this world, we don’t own anything in this world, the Lord does.” … I asked if she would rather give to the church or provide for our son, and she said if she gives to the church, god will provide for him. She talked about how a random guy at church gave her an envelope full of money for her to buy stuff for the baby when she was pregnant, and that god did that and she wants to repay god for it. …

I think I’m gonna go talk to a counselor to get some of my feelings out with a professional.

It’s a difficult situation. He acknowledges that it’s her own hard-earned money his wife is giving away, and that may seem fair for her to do. But the problem with that is that his income is automatically earmarked for their family of three, while hers is seen as spending money she gets to control without listening to his input. It seems likely that she’d object if he spent a fat chunk of his salary on a motorbike or an expensive stereo, or if he donated it to, say, an atheist group.

I think that thr0w4w4y090 is on to something when he presents her with a choice the way he did: Would she rather give to the church or provide for their son? If I were him, I’d make a comprehensive household budget predicated on both his salary and the monthly average she brings home. If there’s no disposable income, as he claims, let her pick what to cut. Should she insist on donating to the church, does she want to stop buying gas for the family car? Skimp on baby formula? Eliminate Christmas and birthday gifts? That’s a stark choice that might knock some sense into her.

He can also encourage his wife to donate time to the church, and no (or less) money.

Or he could use her love of the Bible against her, and insist on being the head of the household. The good book, after all, requires her obedience to her husband — although personally, I couldn’t get those words out of my mouth. Not to someone I love.

If you’d like to offer advice, the comments are open, and I’ll try to make sure thr0w4w4y090 sees them. 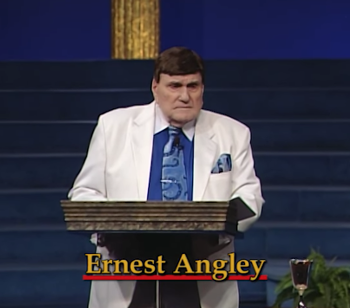 April 20, 2018 Once Again, Bus Driving Pastor Won't Stop Praying With Captive Children
"The icon in question was the intellectual property of that religion. Had it been duplicated ..."
Joe DeCaro Polish Women Begin Trial for Depicting ..."
"I was thinking more like Jabba the Hutt. ;-)"
sweeks Catholic Cardinal Claims COVID Vaccine Contains ..."
"Exactly, so Pres. Trump alone bears the ultimate responsivity for inciting the Capital riot in ..."
Joe DeCaro Michael Brown: Just Because Christians Rioted ..."
"I had read that somewhere. At this point in my life, I don't need to ..."
democommiescrazierbrother There’s Video of Christian Terrorists Praying ..."
Browse Our Archives
What Are Your Thoughts?leave a comment