Hasidic Sect Sees Rapist Rabbi as God; Believers Allow Him to Do “Anything” April 20, 2018 Terry Firma

Hasidic Sect Sees Rapist Rabbi as God; Believers Allow Him to Do “Anything”

We’ve met Rabbi Eliezer Berland, the tzadik (“holy man”) of the Shuvu Banim Hasidic sect, in these pages before. In 2015, after years of globetrotting while he was evading Israeli prosecutors, Berland was finally forced to return to his home country. There, he stood trial on three sex-crime charges, including sexual assault. A court in Israel sentenced him to 18 months’ imprisonment, but the rabbi served less than three in an actual jail cell on account of his poor health. After being under house arrest for another nine months, he was paroled.

Whatever his erstwhile medical issues, Berland, 80, is firmly back in the saddle these days:

“He can pray and study while standing for many straight hours without getting tired,” says one of those close to him. “Have we ever seen such things?” 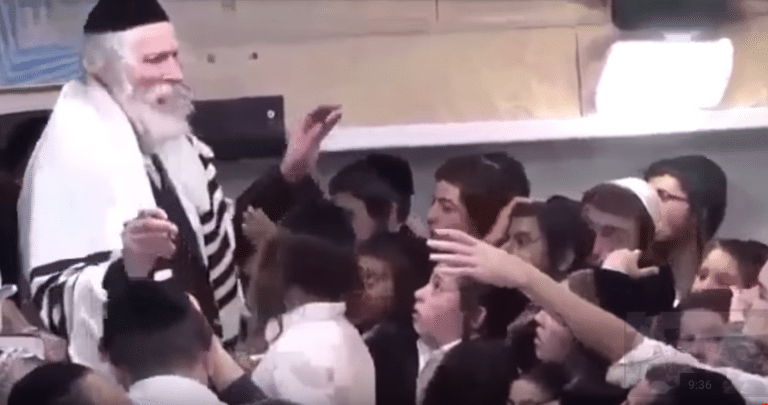 That’s one of the tamer quotes in a new Haaretz article about Berland and his acolytes. To hear his delirious devotees tell it, Eliezer Berland is God made flesh. A glass of water he drank from cured a desperately sick patient when she put it to her lips. The rabbi can make his followers impervious to bullets. One time, Berland entered a hole in a frozen Ukraine river and didn’t come out. When his devotees began to fear he had drowned, recounts a sect member, “we turned around and saw him come out of the ground.”

Other religious people no doubt appreciate their clergy too, but the veneration for Berland is in a class by itself because he believes he is God — and thousands of believers think he’s right.

“God can be incarnated in a human being, in the form of the tzadik,” one of his followers explained to Haaretz. This is a mantra for his most dedicated followers who see the rabbi as God incarnated, and state he is allowed to do anything.

Whenever he makes his appearance among the faithful, the scene is barely distinguishable from a Justin Bieber autograph session.

The excitement hit its peak. One of the followers ran to him and managed to touch the rabbi’s tallit [prayer shawl]. The rest of the men pushed and shoved, climbed on chairs and even trampled those standing in the way between them and Berland. The few who succeeded returned to their seats beaming with excitement and with glazed eyes. …

When he leaves home, dozens of his supporters rush after him in their cars. When he leaves for events, they chase after him too. During Sabbath services he often throws slips of paper, newsletters, and spices at his followers — and the crowds fight and shove to have the honor of catching them, or just touching things that the rabbi has touched. The children present at such events hang on the railings, packed in tightly, even climbing over the heads of those praying to receive a white kippa from the tzadik.

Haaretz says that Berland lost some followers while the court case against him played out, but that only leaves the hardcore believers who simply will not hear the slightest criticism of their idol.

“The rabbi didn’t do any of the things they say about him,” one of the women … told Haaretz, after she received permission from her husband to speak. “The rabbi is a supremely righteous man, whatever he does is all for the good of the heavens.”

That’s despite the fact that Berland confessed to rape. Clarifies one of his students,

“If people tell me that cats and elephants are dancing now outside, of course I will think they are crazy. This is exactly what I think when all sorts of people tell stories about the rabbi. It simply cannot be. Not possible.”

Not even damning audio recordings that Haaretz obtained can change their minds, though the god-man is revealed at his most murderous. At one point,

He can be heard raising his voice, and even screaming, at one of his followers concerning appointments in the community’s institutions. “I didn’t appoint them. They’re fired. I’ll shoot them. Bring me a pistol, I’ll shoot them. I’ll murder you too. If you didn’t understand that I’ll shoot you. I’ll serve a life sentence.”

In another recording, Berland says about one of his opponents: “I’m going to sentence him to death now. I’m saying now that it is permitted to murder him.”

Up to a thousand Israeli families are believed to be under his sway, and a few hundred of them are considered part of his “inner circle.” What craziness will they perform when he dies? What will they do if he tells them to obliterate the sect’s enemies? How will they respond if he begins spouting doomsday gibberish, Jim Jones-style?

Meanwhile, how will this serial sex offender behave around girls and women who are taught to believe that their holy man, their God, is allowed to do literally “anything”?

A great deal of concern is warranted.

April 20, 2018
Students at "Christian Hogwarts" Suck Graves and Try to Walk Through Walls
Next Post 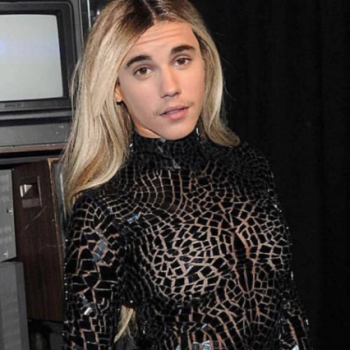 April 20, 2018 A Picture of Justin Bieber in a Dress Has This Christian Critic All Confused
Browse Our Archives
What Are Your Thoughts?leave a comment