A Picture of Justin Bieber in a Dress Has This Christian Critic All Confused April 20, 2018 Beth Stoneburner

It must be a slow news day at Charisma since a joke-ish Instagram photo of Justin Bieber dressed as a woman qualifies as controversial.

Bieber writes that he’s posing as his “sister Rachel Bieber,” though it’s really just his face cropped onto a picture of Beyonce. (It’s been a strange week for the pop idol)

But Jennifer LeClaire, the same writer who tried to warn us about demonic squid (no, I’m never letting that one go), sure thinks this is a bad sign:

Was this a strange sense of humor or something more?

The world is speculating, given his prior admission to wearing women’s clothes. Photos have emerged of boy Bieber wearing pink girly clothing and posing on his bed while news reports dating back to his Selena Gomez romance days indicate he prefers to wear women’s clothes because they fit him better.

We all have opinions and photos like the one Bieber posted yesterday certainly stir the pot. Let me be clear, I am not endorsing men dressing like women or women dressing line men. The Bible clearly speaks against this in Leviticus. The bottom line is he carries a gift from God and the ability to influence millions. What he does in this moment may not be as critical as what he does in the years ahead. If the church crucifies him, how does forward God’s purposes for his life?

LeClaire puts a lot of (let’s call it) thought into an image that was just him goofing off.

She thinks that Bieber’s costume somehow damages his Christian witness and invites her readers to pray for him. I don’t know anyone who sincerely looks to Bieber for spiritual guidance, but if their faith is somehow diminished because he posted a random picture on Instagram, how strong was it to begin with? 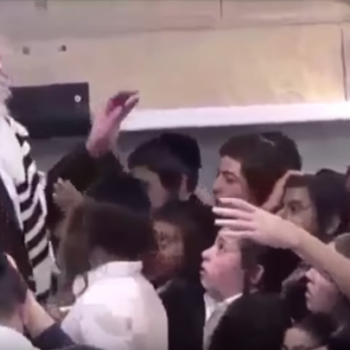 April 20, 2018
Hasidic Sect Sees Rapist Rabbi as God; Believers Allow Him to Do "Anything"
Next Post 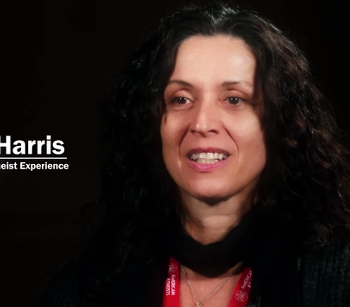