A Stanford Study Does Not Show That the Most Religious Kids Do Best In School April 19, 2018 Hemant Mehta

The headline on conservative website The Federalist gets right to the heart of a new study linking the religiosity of high school students to their GPA: “The Most Religious Kids Do Best In School.”

According to writer Erielle Davidson, the study finds that “Adolescents who practice religion regularly perform better in school than those adolescents who do not.”

And anyone who thinks that’s the takeaway from the study didn’t actually read it or understand it.

To see why that’s the case, you need to know the basics of how Ilana M. Horwitz, a doctoral candidate at Stanford’s Graduate School of Education, conducted her study. For the sake of simplicity, we’ll assume her methodology was fine and get into the substance.

She put the subjects (public school students ranging from ages 13-17) into five groups, ranked from most to least religious: Abiders, Adapters, Assenters, Avoiders, and Atheists. Then she noted their self-reported GPAs. Straight As result in a 4.0 GPA; Straight Bs, a 3.0; etc.

Here’s what she found: 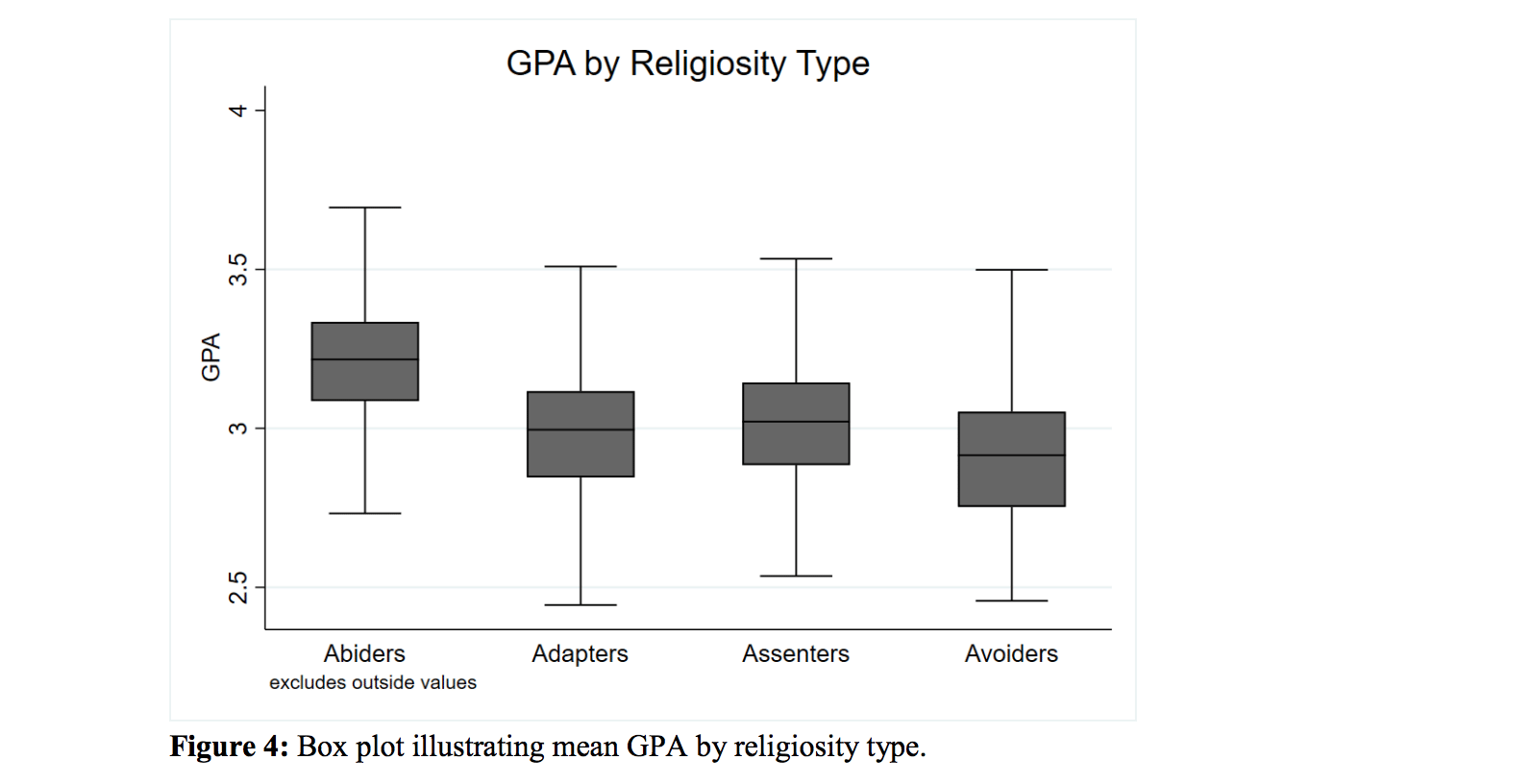 That box on the left shows a higher GPA for the Abiders (3.21) relative to the Adapters, Assenters, and Avoiders. The latter groups have GPAs that are, on average, 0.12 to 0.27 lower than the most religious kids.

Horwitz suggests that this is the case because Abiders form habits (like greater conscientiousness and cooperation) that also work well in school. She argues that her study “pushes sociologists to consider religiosity as a missing paradigm in educational inequality.”

Where are the Atheists in that chart?

Nowhere. And we don’t learn why until we see the footnote near the end of her paper: “I do not graph the GPA for Atheists because they do not perform differently than abiders.”

Notice that she didn’t say there weren’t enough atheists to do her study. Only that she ignored them.

Indeed, her raw data confirms that Atheists and Abiders come out roughly the same when it comes to GPA. 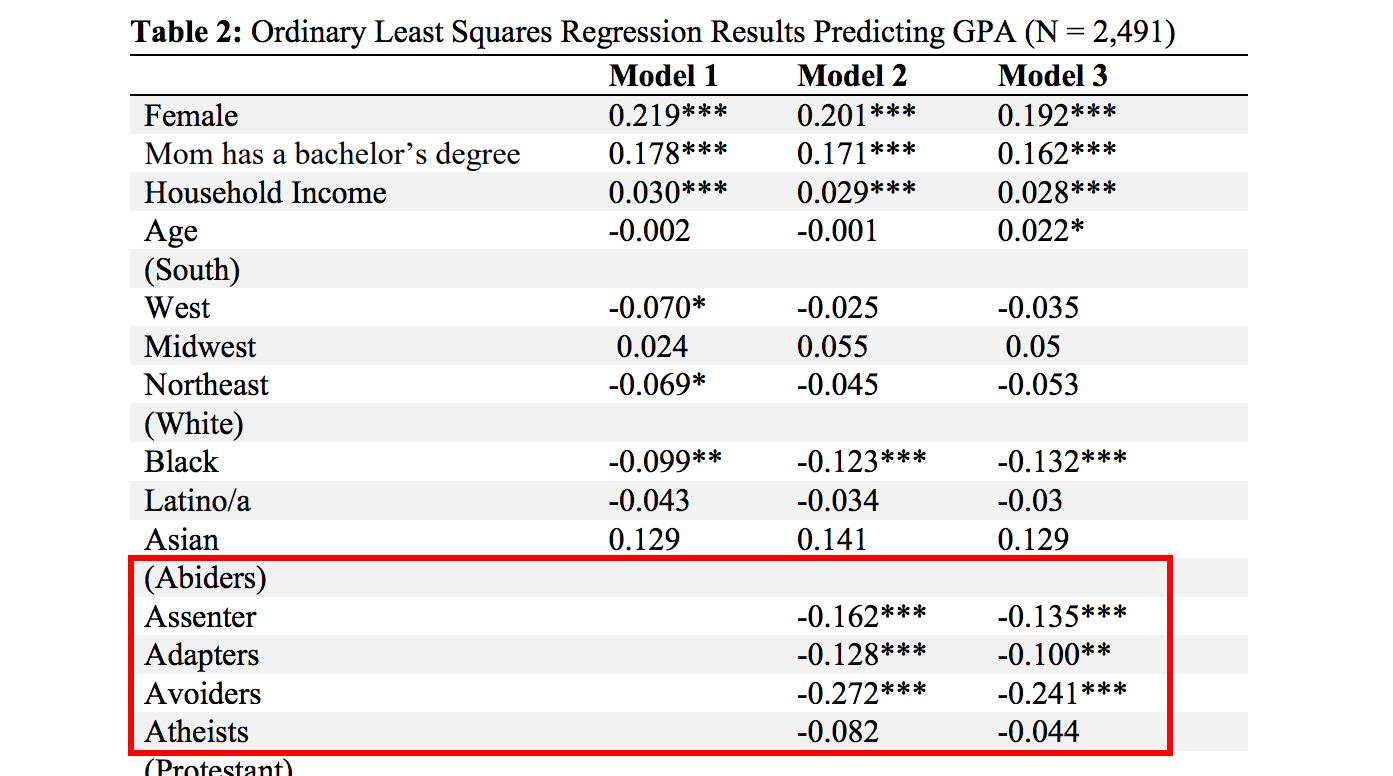 Those numbers may look scary to you, but here’s all you need to know: See those asterisks next to the Adapters, Assenters, and Avoiders? That means that, compared to the very religious Abiders, their GPAs were lower by a statistically significant amount, no matter which model she used.

The point is that Atheists are statistically no different from the most religious group in the study.

That should make perfect sense.

If you want to know which students are going to do well in school, find me the kids who are genuinely passionate about something, whether it’s sports or music or theater or whatever hobby they have.

Both groups are markedly different from Avoiders, who are essentially apathetic about religion. They don’t care. They don’t think about it. And that sort of attitude may carry over into their classes, which would explain why their GPAs are slightly lower.

I can tell you anecdotally, as a former math teacher, that the kids who clearly had other interests were the ones who usually performed well on exams. It’s the students who seemed completely disinterested in everything who struggled.

So when the The Federalist’s Davidson claims that “Adolescents who practice religion regularly perform better in school than those adolescents who do not,” she’s ignoring the data.

It’d be more accurate to say, “Adolescents who practice religion regularly or actively reject it perform better in school than those adolescents who do not.”

By the way, Davidson actually has a section in her article titled, “It’s Not Just Correlation, It’s Causation.” In other words, more religiosity and a higher GPA aren’t just moving in the same direction on a graph, but “a good deal of education reform starts at home, and in church.”

Stanford University’s press release about the study, however, says the exact opposite:

Horwitz noted that her research indicated association, not causation — she found that religiosity is associated with, but doesn’t necessarily cause, higher grades.

To be sure, there’s plenty of sloppiness in the actual press release, but that’s not the same as the willful promotion of religion in conservative media. 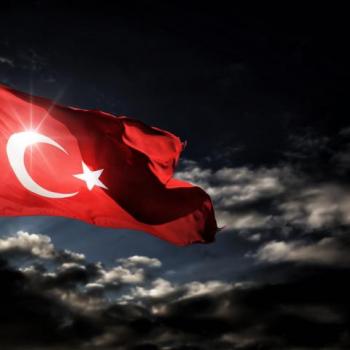 April 19, 2018
Turkish Conservatives Are Getting Alarmed By the "Plague" of Deism and Atheism
Next Post 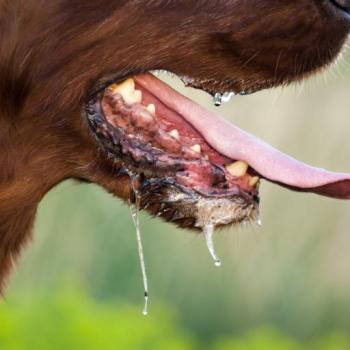