Last week, Jamie Allman, a St. Louis journalist and a former PR flack for the local archdiocese, was pink-slipped from both his radio program and his TV show. The firings occurred after Allman tweeted a vile message about David Hogg, a 17-year-old gun-control advocate who is a survivor of the Parkland, FL school shooting:

When we kick their ass they all like to claim we’re drunk. I’ve been hanging out getting ready to ram a hot poker up David Hogg’s ass tomorrow. Busy working. Preparing.

I wrote at the time that

I personally have few fucks to give about [Allman’s] detractors going after his jobs. He can’t broadcast in a vacuum, and actions (and words) often have consequences. No big whoop. I’m mostly content to let the marketplace of ideas sort out what is and isn’t acceptable. 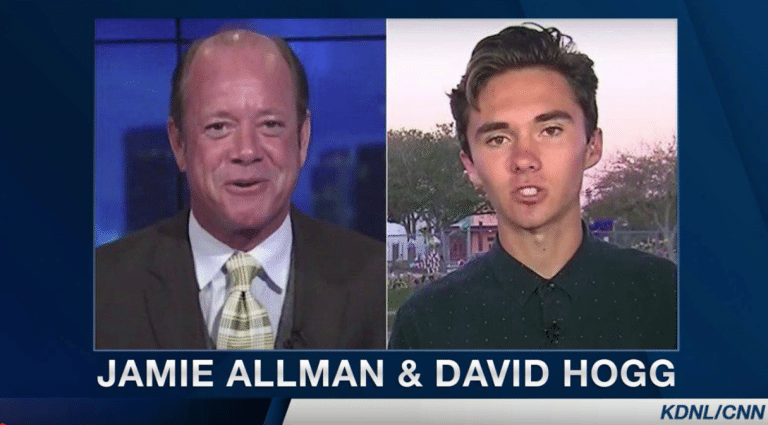 That part probably wasn’t particularly controversial. I added, however, that it seemed like flame-fanning and outrage-mining to me to say, as some pundits and media outlets did, that Allman had threatened a teen with sexual assault and torture on account of the hot-poker-up-the-ass image he conjured. In my eyes, Allman’s tweet meant that he would metaphorically deal with Hogg on his show; that, in the host’s macho and unpleasant way, he promised to (as the saying goes) tear Hogg a new asshole.

That view — that Allman had engaged in legally non-actionable hyperbole, not be taken seriously — got a lot of angry pushback in the comments. The majority of the commenters whose responses I scanned seemed to believe that Allman’s words were either a literal threat of brutal bodily harm, or were so close to a literal threat that my trying to tease out the distinction meant that I was (ouch) “defending molestation.”

Their insistence was so vehement and broad that I began to doubt myself (which is never a bad idea anyway). So I thought I’d check my (and my critics’) take on the matter by getting the perspective of the three First-Amendment lawyers I know.

First up, Ken White. Ken is a partner at Brown White & Osborn in Los Angeles, a founding member of the excellent Popehat blawg team, and a frequent guest on podcasts and news shows across the political spectrum. Of the Allman tweet, he says

I’d like to see the surrounding context first. I infer, from other things, that dudebro was going to do a show about him soon.

In that context, it sure seems like hyperbole and bluster to me, basically a douchey way to say “I’m going to tear him a new one in this rant I’m going to utter that you should listen to.” I don’t think it’s even close to an actionable threat. I think it’s not even an actionable threat if you rip away the context (as most reports have) because it seems so clearly hyperbole.

I asked whether, should anyone tweet the same “hot poker” message at Donald Trump, things would be different, legally. Ken’s reply:

Likely not. Tweets about the President are even more likely to be treated as political hyperbole. (And Twitter, in general, is a very hyperbole-prone platform, making it more likely to be seen that way.) But they might still get a firm visit from the Secret Service.

I also heard from Marc Randazza, the managing partner of Randazza Legal Group, a law firm with offices in five states. Marc is a fearless defender of free speech by all sides. He writes a column for CNN. Marc told me that

There is absolutely nothing legally actionable about [Allman’s] statement. It is clearly rhetorical hyperbole, which is 100% protected by the First Amendment. I think there would be no legal repercussions should someone write this about Queen Elizabeth or the President or anyone else. Of course, that does not mean that some abject moron of a lawyer wouldn’t take the case — and lord knows that Florida [where Hogg lives] has a bumper crop of them. But any lawsuit would be foolish and wouldn’t last long.

My favorite reply came from Jessica Christensen, a First-Amendment attorney and, before that, a plaintiff’s class-action civil-rights litigator (she’s since retired to Thailand). In her reply to me, Jessica explored the issue beyond the pure legality of Allman’s tweet.

I agree it’s unhelpful to pretend that Allman [was] actually plotting a sexual assault. That response certainly doesn’t add anything to the discussion, and for sure works to detract from an otherwise important conversation.

My guess is you got those harsh comments due to some combination of the fact that Allman talked about “planning” what he was going to do, that Hogg is a kid, and the tribalism of our current political moment.

I also think we are maybe collectively less tolerant of violent hyperbole than we have been in the past.

… surprised at the vitriol and violent hyperbole/straight commentary that has been leveled at the Parkland kids from some (many more than I expected). Even if you think the kids are wrong or misguided, they are kids. Kids who went through a trauma, and are trying to regain agency and to overcome victimhood in the wake of that trauma. The utter lack of compassion, and outright hatred, directed at them by some corners of the public is… disturbing. And I think hits a real parental-protective nerve with many. Maybe acknowledging the hyperbole feels like forgiving speakers like Allman, and that’s just something people aren’t willing to do at this moment.

I’m not an easily offended person. In fact, for me to take personal offense, you’d have to work really hard at it. And I certainly am not a “WHAT ABOUT THE CHILDREN?!?!?” kind of person. But you don’t have to be especially sensitive to look at what Allman (and too many others) have directed at these kids and think Whoa! That’s a lot of violence and hate and ugliness, and whatever your politics, that’s not a healthy (or helpful) reaction.

Taking for granted that Allman was not making a literal threat, it’s fair game to ask why he would choose to object to Hogg in that way, with those words, conjuring those images. How is that a mature, reasonable, useful, or proportional response to Hogg or the other students?

It isn’t, I assured her. For my money, Allman is a cross between a swine and an ass. I will not defend him except to say what I did in my original piece — that some on the left were creating political hay by claiming to believe that his over-the-top fighting words constituted an acute threat of sexual assault. It’s a response that’s roughly as silly and indefensible as Allman’s nasty tweet. 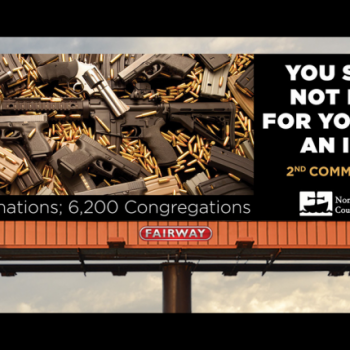 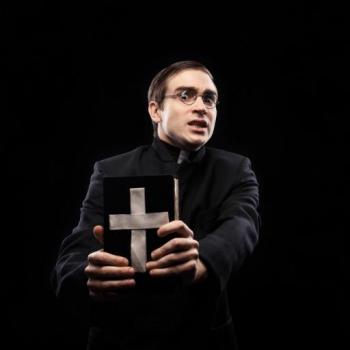 April 17, 2018 Catholic Priests, Adding Another Layer of Waste, Are Offering Exorcisms By Phone
Browse Our Archives
What Are Your Thoughts?leave a comment